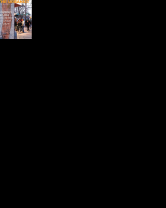 The quest to establish an urban center for Silicon Valley

Facing competition from nearby hubs scattered throughout Silicon Valley, downtown San Jose was one of the country’s largest — and longest running — revitalization projects. Reining in the suburban sprawl and refocusing energy downtown is the impetus for the city’s next chapter.

On the streets of downtown San Jose, even the most ordinary surface can become a work of art. The Art Box Project collaborates with community and local artists to transform city utility boxes.

What makes a great public space? Few know better than Mary McCue, who, as President and CEO of MJM Management Group, has been working to create some of the best of them for over 20 years.

A Passion for Public Space