We Are the Bay 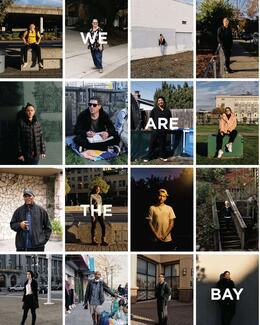 As humans age, we fight against change — the pains of rapid childhood growth, teenage mood swings, the slow creep to older age and increasingly creaky bodies, how the way we look starts to be a mismatch for how we feel inside. Maybe we remember how we used to be, and we yearn for those selves.

Just as we resist change individually, so does a city, as a collective human entity.

We all have our ideas about who lives here — who belongs, who doesn’t, who gets to decide. It’s easy to blame a faceless neighbor — or even an entire neighboring town —for the challenges we face now in the Bay Area, as the region’s concentric growth rings reflect some of the most rapid changes that have ever occurred in the lifetime of this urban center.

It’s hard to share space. There’s the noisy tenant next door; the neighborhood group that protests the multistory housing development; the local representatives who seem incapable of managing the needs of newcomers alongside those of old-timers. It is the human condition to embrace the personal and to push away the masses of “others.”

But as you look at these photos, maybe you’ll find it becomes more difficult to do that. This exhibition helps to bring the people of the Bay Area into sharp focus. Over the course of a week, photographer Ryan Young traveled 2,000 miles north, south, east and west to capture images of some of the 7.5 million residents in the many and varied communities in the region.

As I look at the photos and read the stories of the people behind them, I’m struck by the optimism. Many larger issues-based conversations about change and urban development seem to skew toward pessimism, but focus on one person at a time and you begin to understand that every one of us has a name and a purpose. Jessica grew up here; Karen waited her whole life to live here. Ester came for work; Clarissa came for play. Sudana dreams of owning a house. Laura worries about what the future looks like for her grandchildren. Wes and Heaven want things many of us can’t have right now: the ability to live closer to family and jobs, better public transportation, affordable housing. Still we hope that someday we might have those things.

Not all of those hopes and dreams will align, and many will rub up against our neighbors’ wants and needs, causing friction and sometimes even open conflict. Sometimes it seems easier to just block something from happening than to come up with something different. But change is happening whether we want it to or not. We can continue to fight against change at every turn, or we can try to work with it — to turn into the skid rather than resist it. Maybe it’s something we never saw coming, and that we can be open to the prospect of something better. 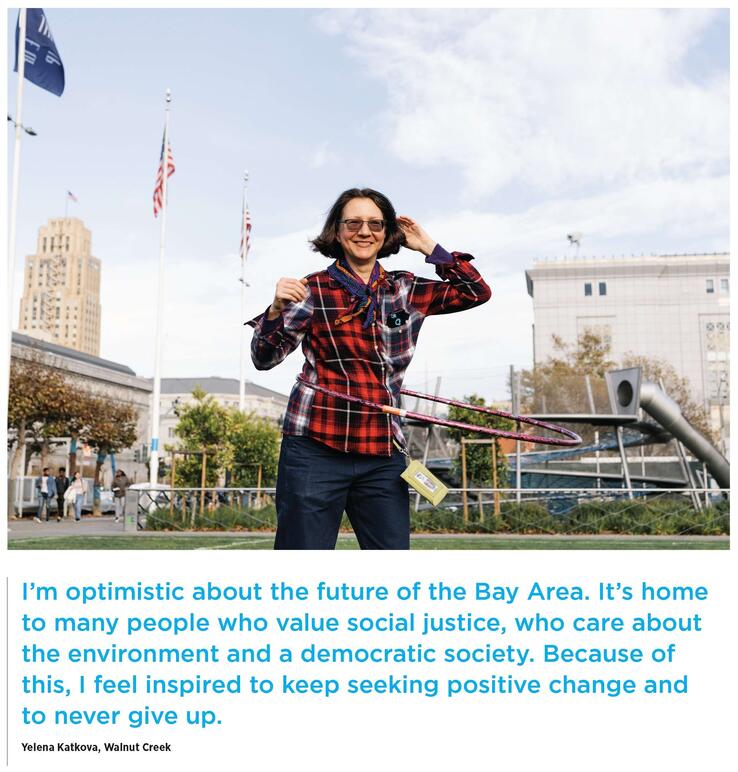 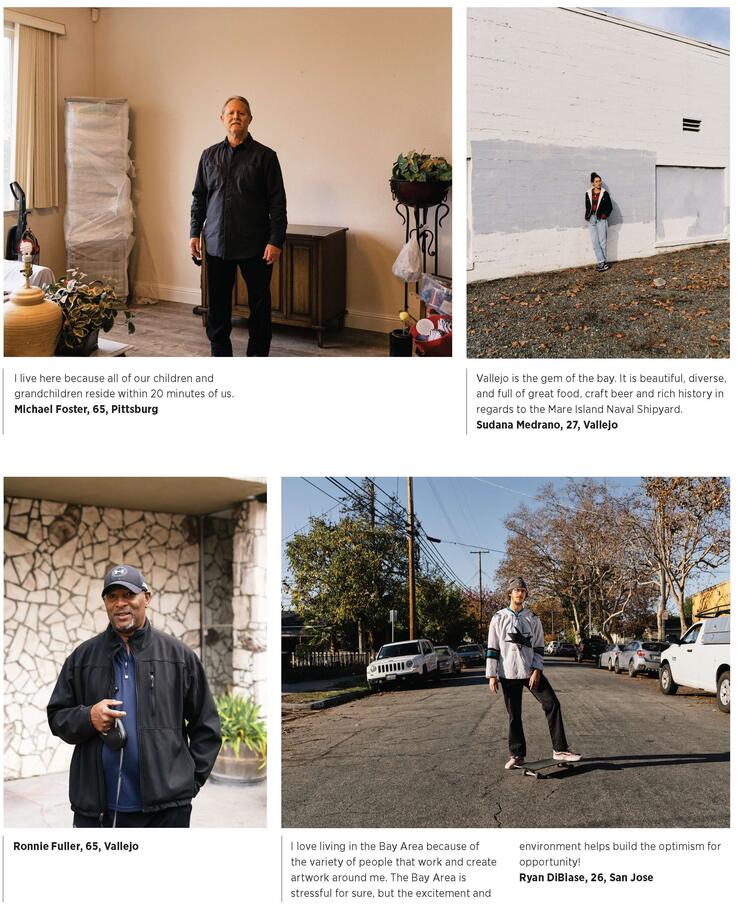 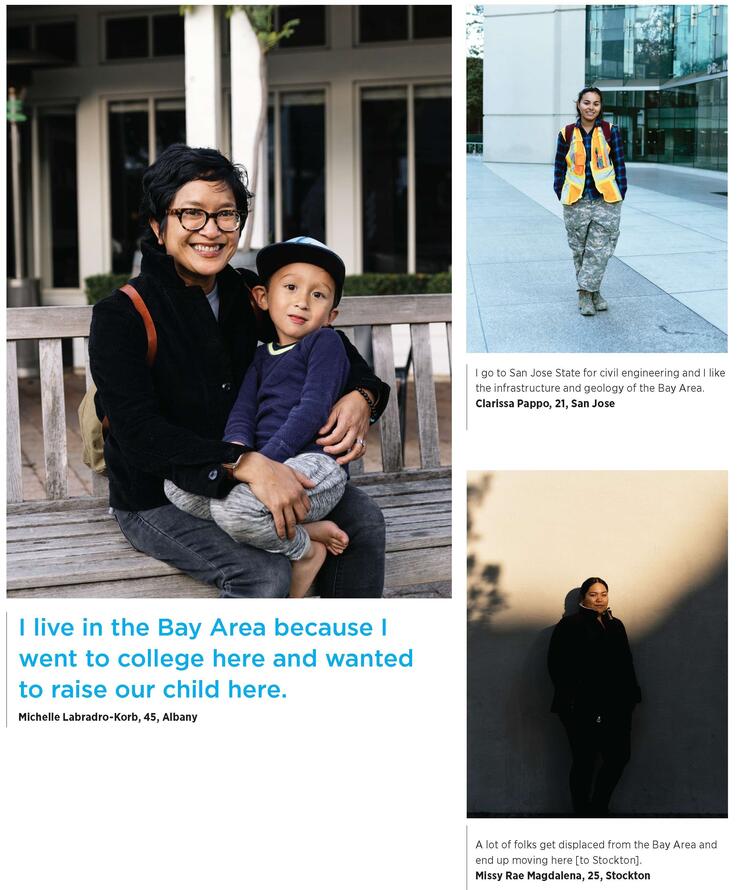 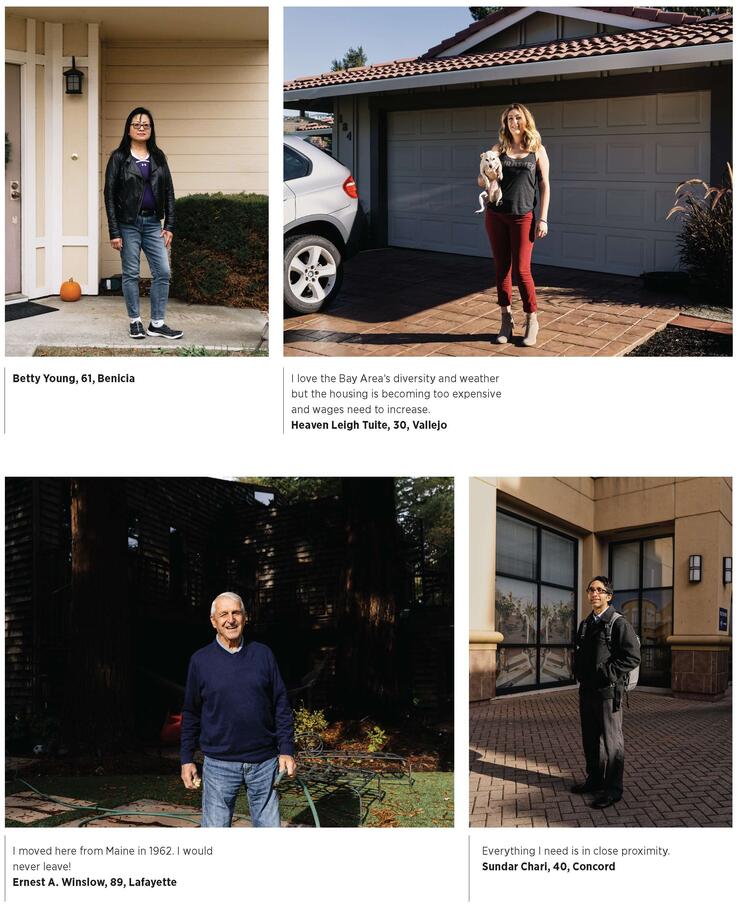 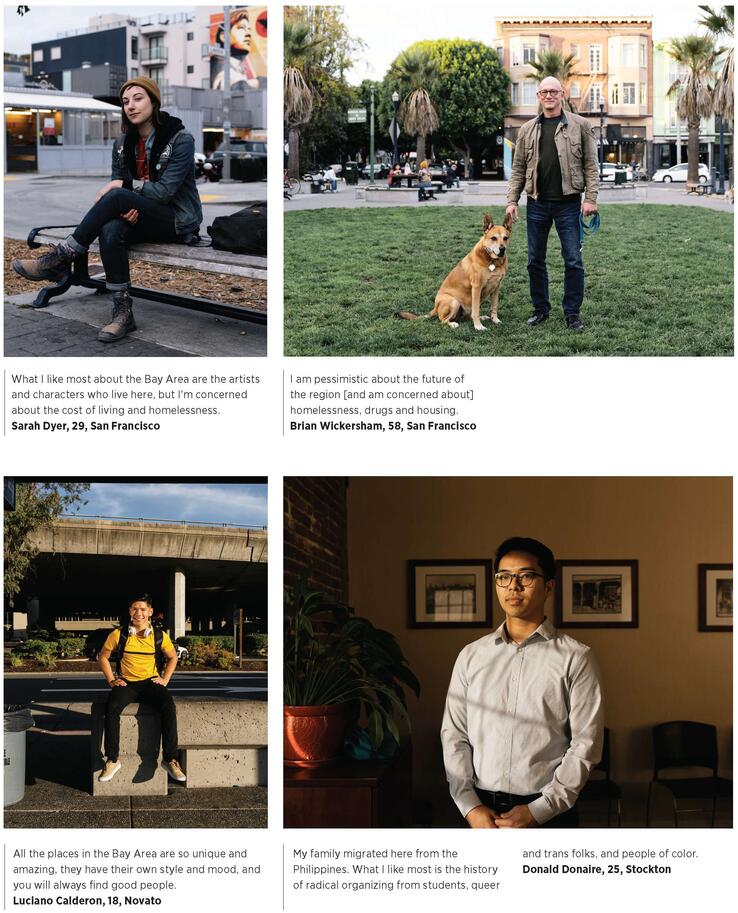 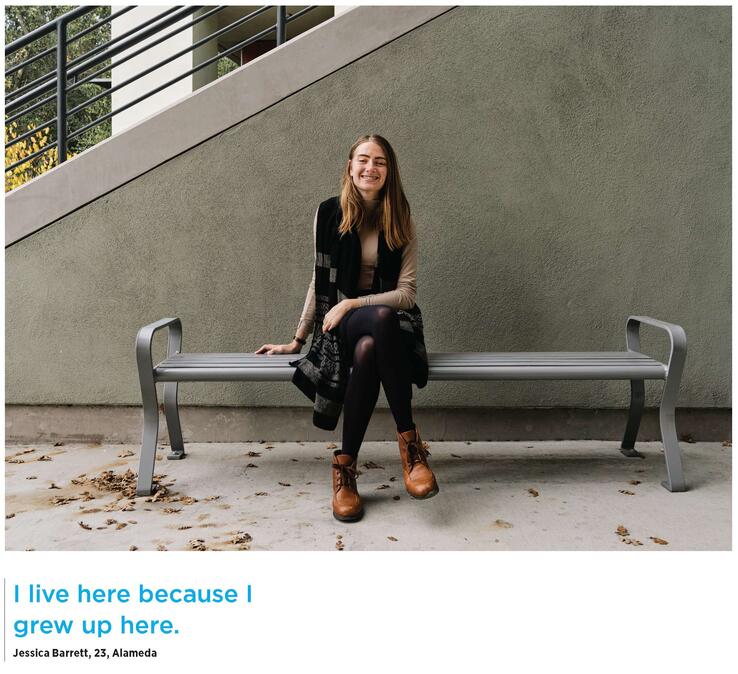 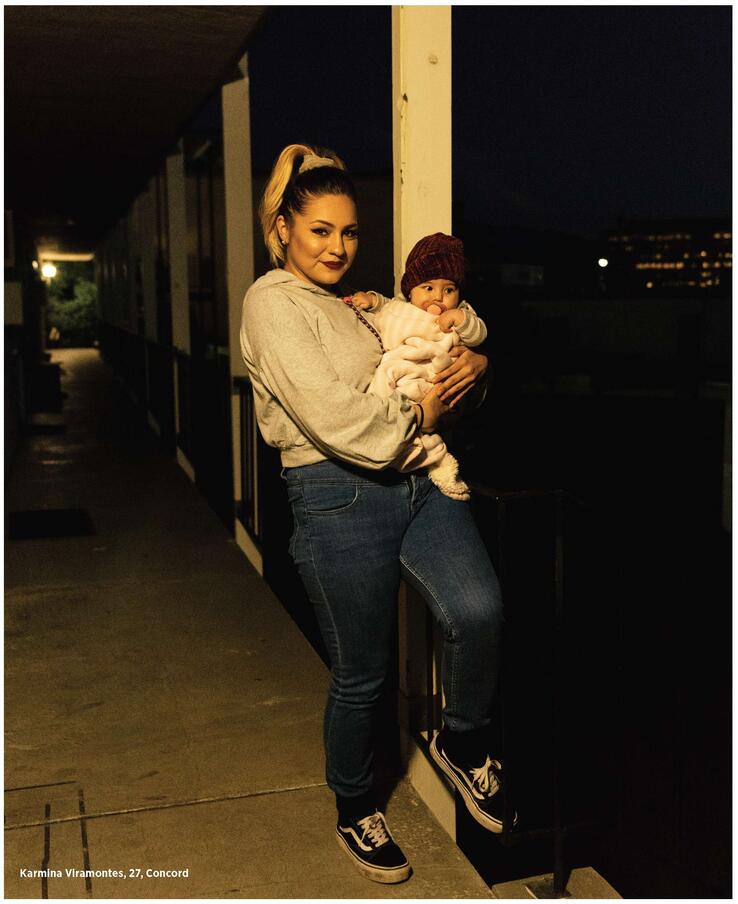 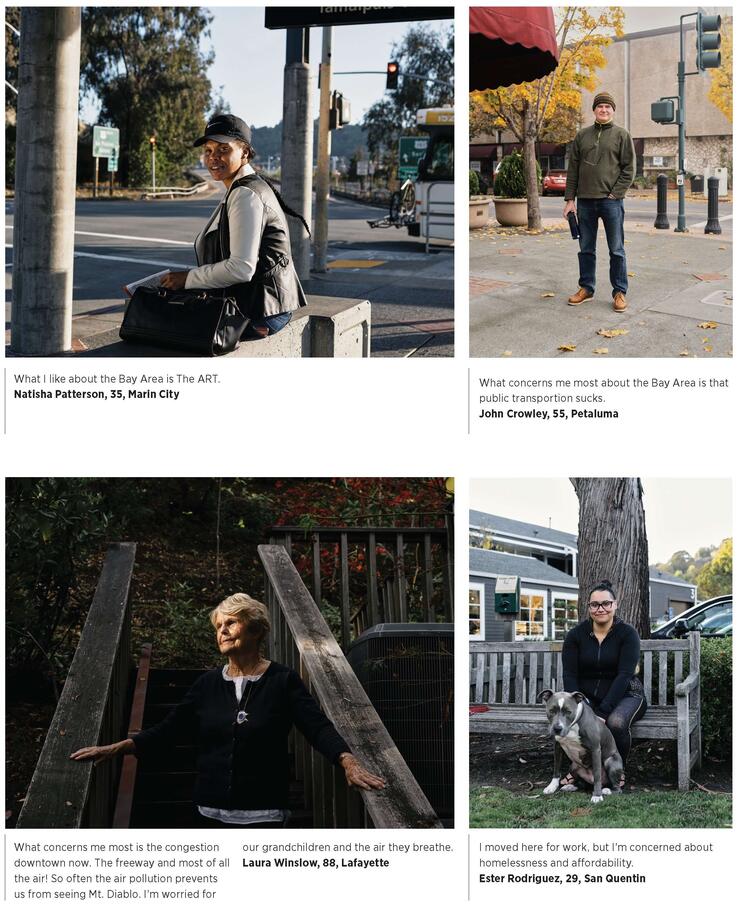 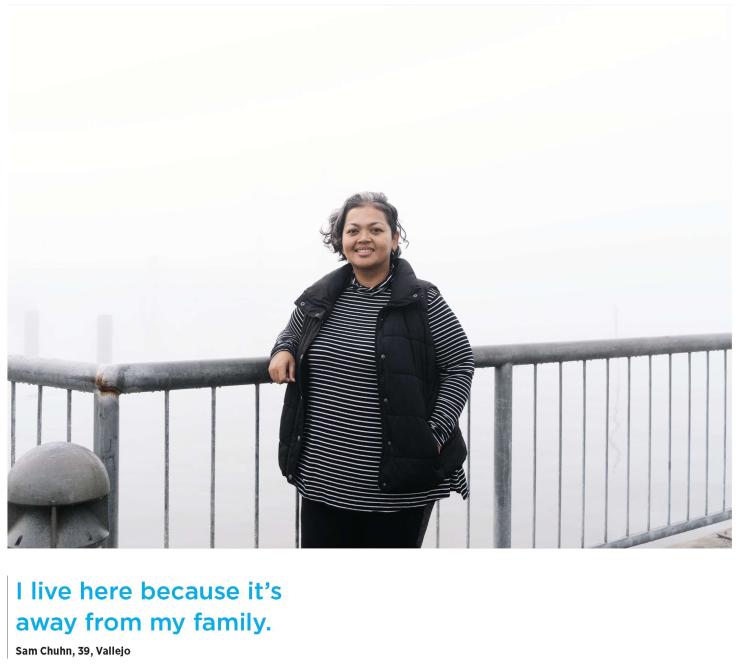 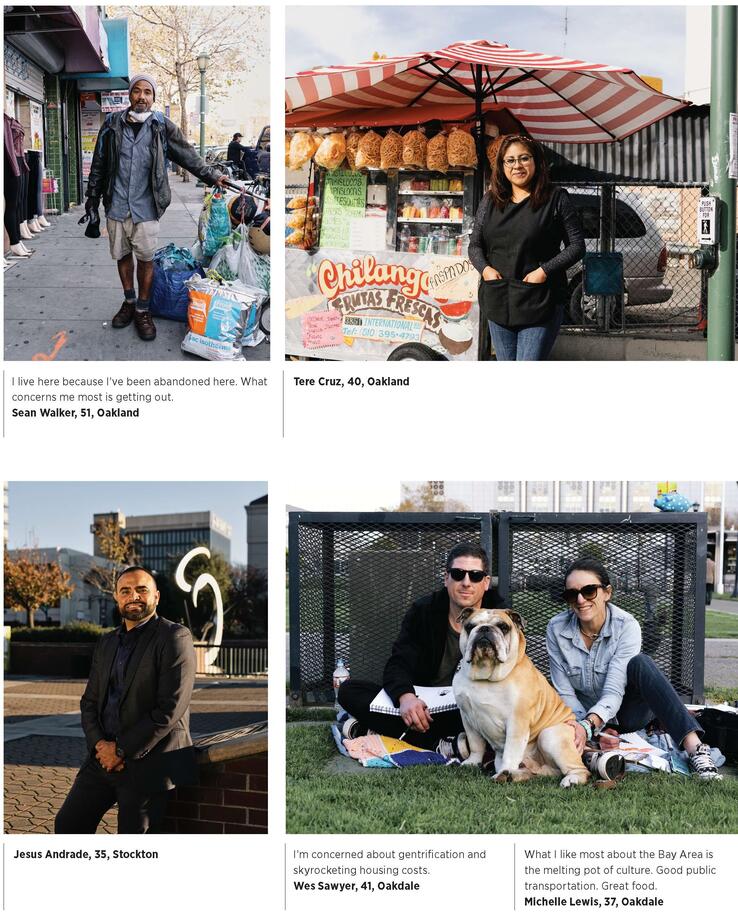 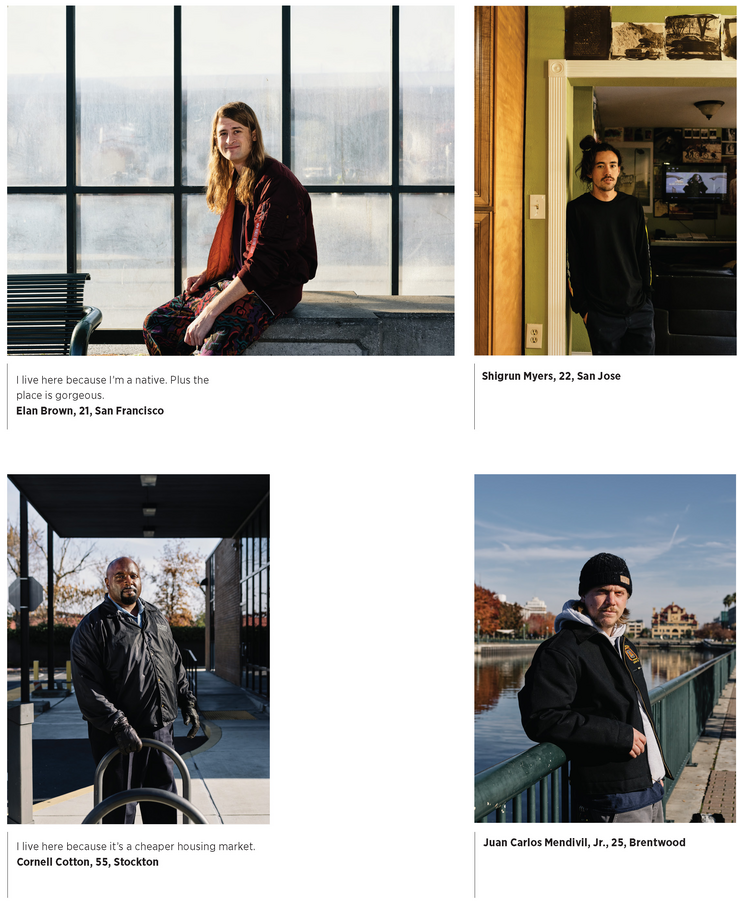 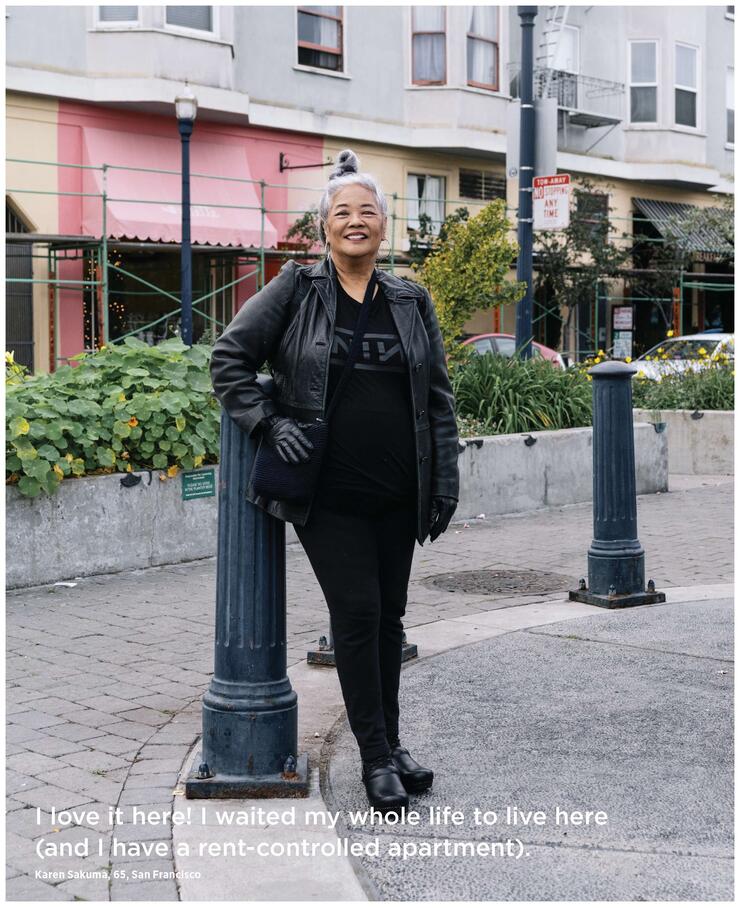 Ryan Young is an editorial and commercial photographer who was born and raised in the Bay Area. His diverse body of work ranges from portraiture to projects that explore sub-cultures and environments.

Special thanks to Alvin Baum, David Friedman, Frankie Lee, and  the Yerba Buena Community Benefit District for supporting We Are the Bay.
Curated by Allison Arieff

We Are the Bay
Member Profile: John Rahaim
Urban Field Notes: Up, Down and Across the City
See All Urbanist Articles