After 12 years (and 55,000 units of housing approved), San Francisco's planning director reflects on what comes next. 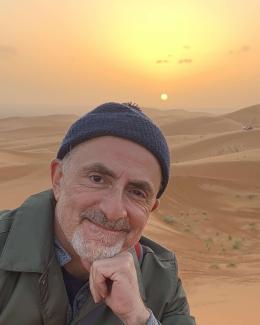 San Francisco Planning Director John Rahaim started his planning career in Pittsburgh Pennsylvania in the early 1980s. Trained as an architect, he quickly realized, after a brief stint in the field, “that while I love the design of buildings as an art form, I had little interest in the actual practice of architecture.” Rahaim became much more interested in the spaces between buildings and started in Pittsburgh as an entry-level planner. He stayed nearly 15 years, and then, he recalls, “I ran away to Rome for a few months to find myself.” What he found, however, was that his interests remained the same: He subsequently moved to Seattle, where he worked in planning for nine years before coming to San Francisco in 2008. We caught up with him before his retirement, which, when it commences in 2020, will include some teaching, writing and consulting as well as some “extended quality time in Palm Springs and Italy.”

You must be feeling a bit nostalgic...

It has been a wild ride for the past 12 years. I started here just before the economic crash in 2008, and of course since then we have been in what some say is the longest period of economic growth in the city since the 19th- century. The resultant benefits and challenges to the city have been profound. It has changed the way the Planning Department thinks about our work and our mission. With regard to projects that are the most memorable to me, one is the Transit Center Plan, which enabled the highest-density district in the city, probably in the western US. It places development exactly where it should go. When the planning commission approved what would become the Salesforce Tower in 2012, many speculated that it would not be built, because they believed that San Francisco could not absorb 1.4 million square feet of office space at once. Nearly three times that amount has now been built in the district with another million under construction. The other initiative that is very important to me is the Mission Action Plan 2020, the work that the planning department undertook in partnership with the Mission neighborhood. That work is reflective of the changing nature of our work, underscoring the challenges of growth and displacement, and our goal to stabilize existing populations and businesses while the city grows. It is the most challenging work of my career in many ways, and for me personally, it has been a huge education on the nature of community.

You’ve devoted your entire career to cities. When and how did you first get interested in them?

I became interested in cities at a very young age. I grew up in a blue collar-suburb of Detroit, where there were no sidewalks or even street lights, and I remember feeling very isolated at a young age and being jealous of my classmates at the city elementary school I attended because they could ride their bikes and walk places.

What is the greatest obstacle to building more housing in San Francisco?

The greatest obstacle to housing development is the widely held belief that new housing brings unwelcome change, and this belief has been manifested in layers of protections and growth inhibitors in many forms. I think many believe that “if we don’t build it, they won’t come” — that is that new housing in itself, attracts new residents. That has never been true in the city’s history, and is not true today. The city’s population has always grown faster than our ability to house it. And while the current growth rate is dramatic, the city’s growth between the Gold Rush and WW1 was even greater. The bottom line is that people move here because of jobs and the attractiveness of this beautiful city and region. They do not move here because they think there will be new housing for them. They simply assume, as I did, that they will find a place to live. Further, and unlike many, I do not believe that the zoning and entitlement process, as cumbersome as that can be, is the primary obstacle. We have approved 55,000 housing units of which 9,500 are under construction now. A more recent obstacle to actual housing production is the very high cost of construction, which has basically tripled in the last decade.

What do see as the next chapter of urban growth?

The urban challenge of our time is how to grow our cities with soul. The tremendous growth of cities, and the resultant economic engines that cities have become, combined with the displacement and disruptions that growth has caused, is a global phenomenon. When I started my career in Pittsburgh in 1983, our goal was to make urban living attractive again. Every major U.S. city, including San Francisco, was losing population at the time. Fast forward 35-plus years, and we have indeed succeeded with tremendous urban growth and the challenges of that growth. San Francisco is the global poster child for this phenomenon. What breaks my heart about this place is that we are no longer able to be that place of refuge for lost souls and quirky folks from other places. But I am — perhaps naively — optimistic that can change.

We Are the Bay
Member Profile: John Rahaim
Urban Field Notes: Up, Down and Across the City
See All Urbanist Articles