Exploring the ways cities limit the ways people can use their public spaces.

Text and photos by Hester Tittmann

Last February, over 10,000 people successfully petitioned for the removal of anti-homeless spikes installed on the exterior ledges of a store in Manchester, England. In March, public outcry forced a church in San Francisco to halt its use of an automated system that doused water on people sleeping in their doorway. Opponents in both cities were outraged at the inhumane treatment of people who have nowhere to sleep but outside.

I am also an opponent of what is often called “defensive architecture.” The term describes elements in public spaces, like spikes or jets of water that deter people from sleeping or sitting. What I find curious is that defensive architecture is ubiquitous and large-scale public response is rare. Benches have long been fitted with ridges to keep anyone from lying down on them; low walls have been given spikes to keep them from becoming seats. Perhaps the pervasiveness of these interventions renders them invisible?

At a time when many of our cities are becoming enamored with creating spaces that promote health, happiness and well being, the presence of defensive architecture is uncomfortably contradictory. I collect the images here as a way to remind myself that while I get to move about cities mostly unscathed, the places I walk through are often deliberately designed to exclude.

Reminiscent of the prickly metal spikes that deter pigeons, these window ledge protuberances make it impossibly uncomfortable for anyone to sit, lie or rest against its surface. 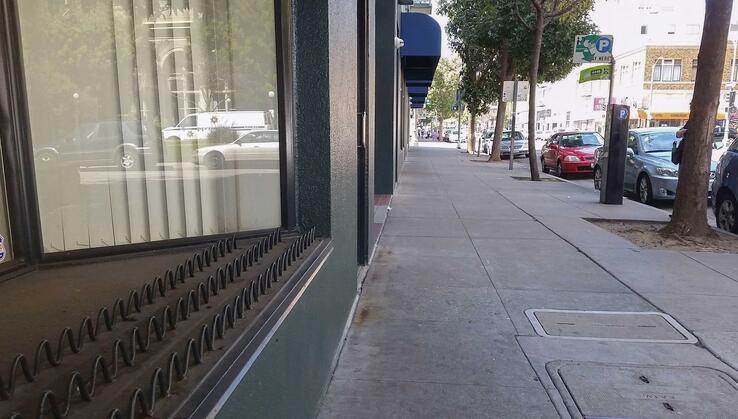 Metal bands divide a curvilinear bench outside the Rockridge BART station, preventing anyone from lying down there. 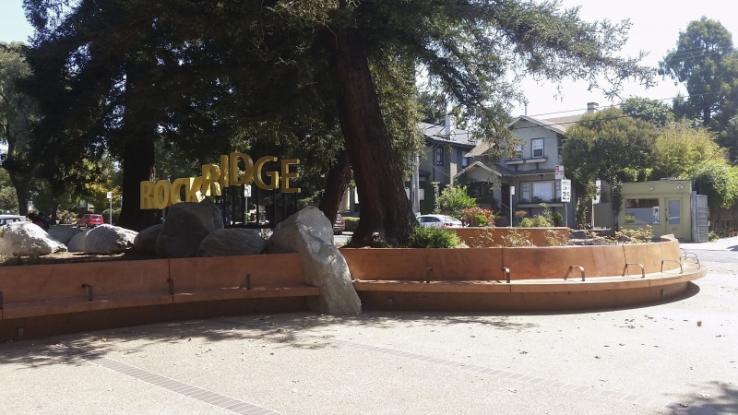 Close-set angular dividers force the seated to face forward, side-by-side. These folks opted for a jump to a slightly higher ledge (and its convenient nook) to enjoy their meal. 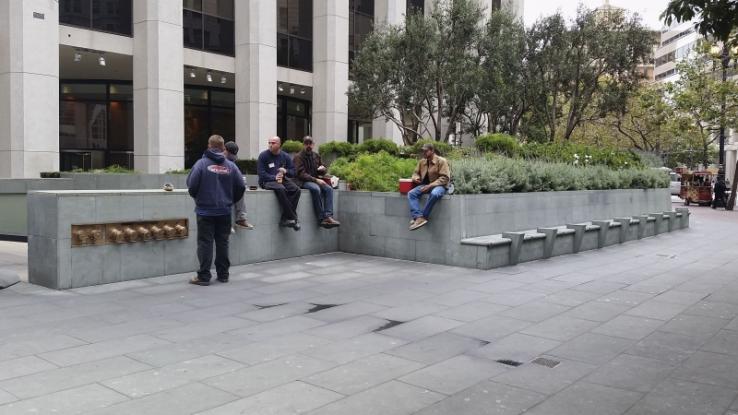 Forgoing subtlety for directness, these metal spikes make it clear that this low ledge is not for anyone's rear end. 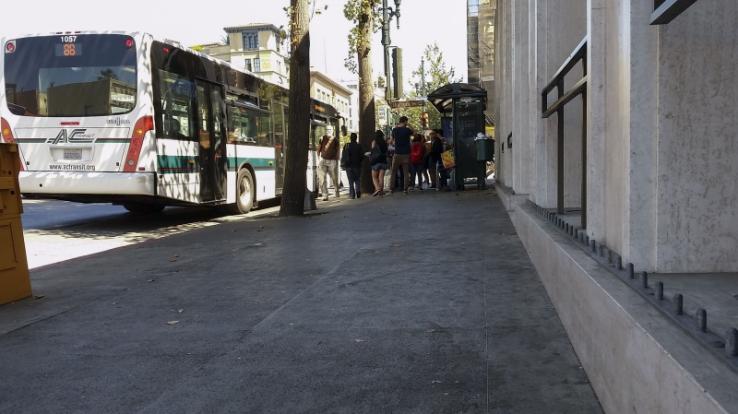 A residential building has installed rocky adornments to their ground floor windows. 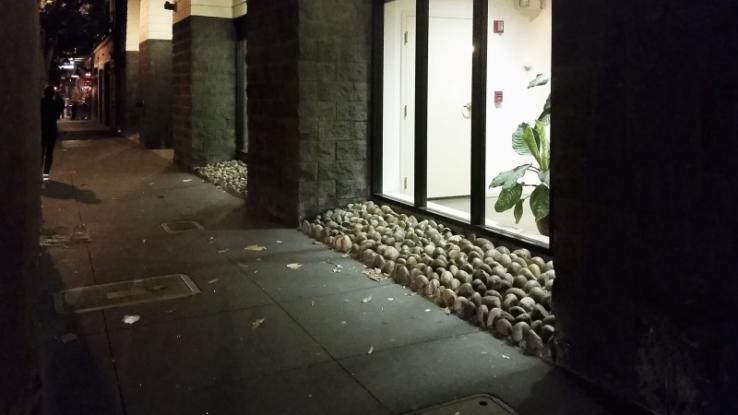 Are flowers better than spikes? Despite the aesthetic flourish the end result, and message, are the same: keep off. 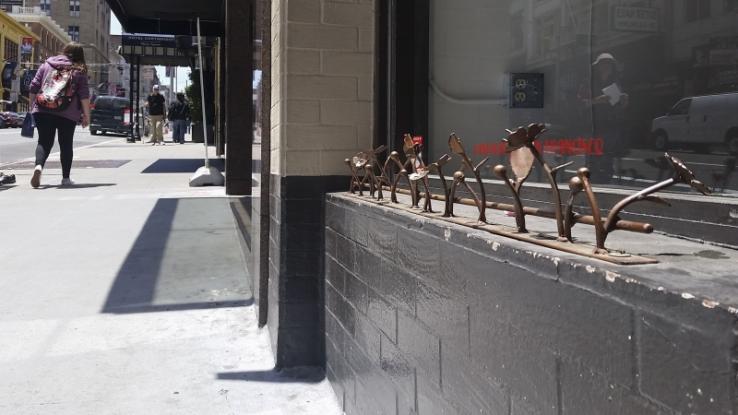