Designing a city for everyone includes designing it for children

Text and photos by Jake Rosen

As an exchange student in Copenhagen last spring, I saw the city’s playgrounds as artistic expressions with personality — a far cry from the standardized kits that dot the recreational landscape in the U.S. Though the policies regulating playground safety in this country are well intentioned, they have effectively turned playgrounds into homogeneous, sterile environments. In fact, according to Danish landscape architect Helle Nebelong, this standardization “is dangerous because play becomes simplified.” With this in mind, I set off to record the most creative playgrounds in Copenhagen, the ones that offered a true opportunity for kids to explore their own imaginations.

Keeping playgrounds engaging is important not only for early motor skill and concentration development, but also for keeping kids outside and active amidst the growing popularity of video games and mobile apps.

Kæmpepark, Nørrebro In an effort to revitalize a mostlyimmigrant community plagued by high crime rates, a large park was recently developed nearby with this playground as its anchor. Kids can climb through the forks (possibly an ode to the region’s famous Finger Plan) and along rope nets as others swing and bounce on trampolines beneath. 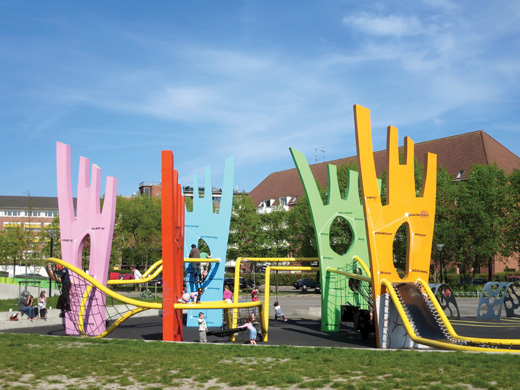 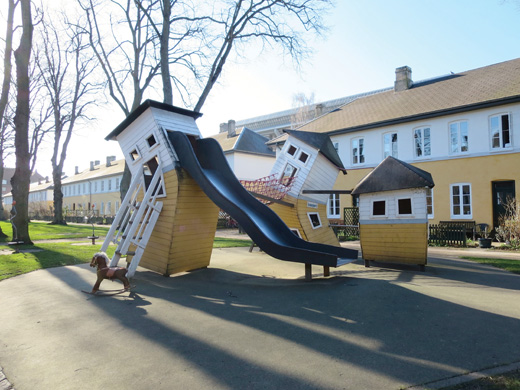 Hauser Plads Park, City Center While it would surely be prohibited in the U.S., this minimalist park proves that even the simplest structures, like a climbing pole, can still be the most entertaining. Kids can also maneuver tricycles over the park’s lumpy playscape.  ​ 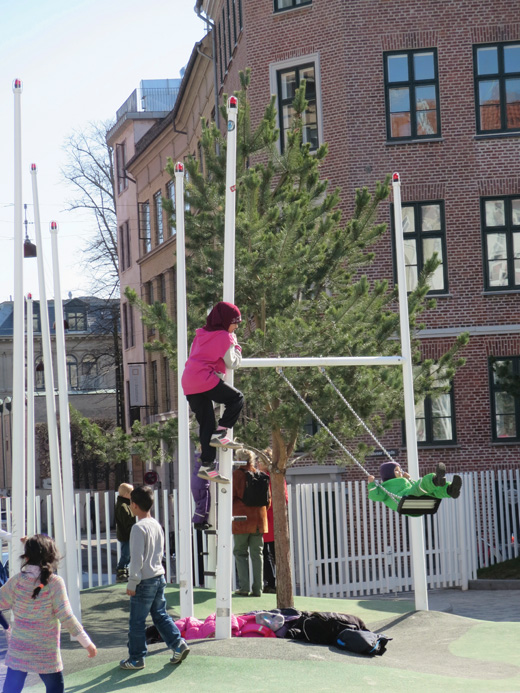 Skydebanehaven, Vesterbro Situated against what was once the barrier wall for a royal shooting range, the vibrant parrot slide is the most popular recess activity for kids at the neighboring school.​ 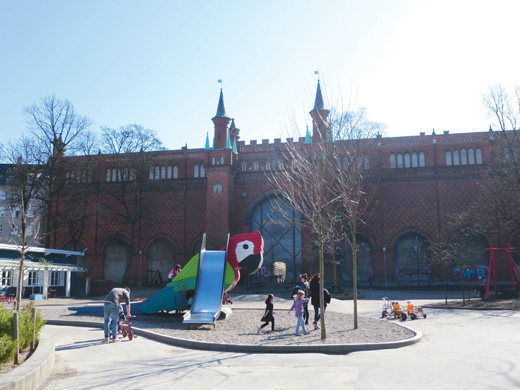 Tower Park, Østerbro Referencing the city’s clock tower, the Round Tower and Christianshavn’s Church of Our Saviour — Tower Park is an architectural novelty in itself. Note the potential for rock climbing. 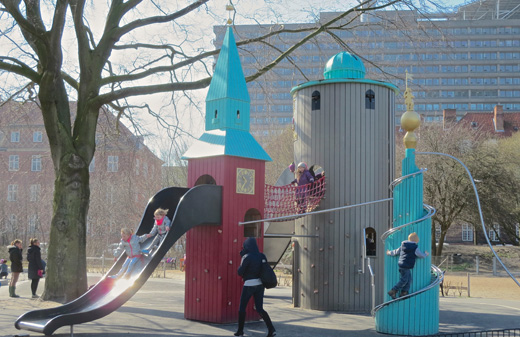 Øregårdsparken, Hellerup The modest dome is versatile enough to provide opportunities for spontaneous play both inside and outside, while its large holes give parents the chance to supervise without interrupting. 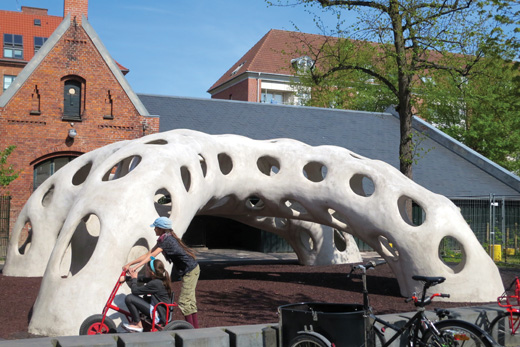 Nørrebroparken, Nørrebro The unique airplane and shipwreck structures provide many possibilities for play. The bumpy track in the foreground is great for tricycle races and, as I saw one parent do, pushing strollers at high speeds.​ 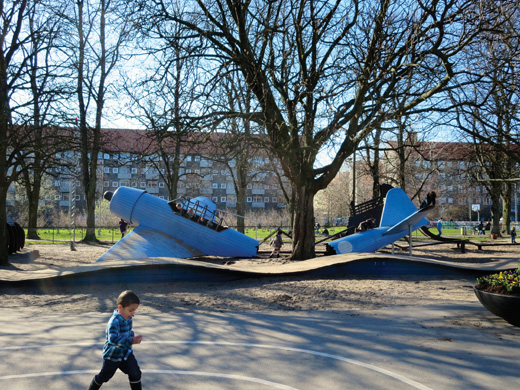 Getting to Know Your In-Laws
Urbanism From Within
Urban Field Notes: Playgrounds of Copenhagen
See All Urbanist Articles