It is possible for even the most unloved urban eyesore to have a vantage point that makes it look awesome, attractive, worthwhile. For San Francisco’s Embarcadero Center there exists not so much a vantage point as a vantage time. Visit it on a cloudless weekend afternoon and this entire “city within the city,” utterly devoid of people, exhibits something approaching beauty. Then one can almost admire its stark geometry, almost enjoy the play of shadows on concrete, almost appreciate being lost in its maze of alien, cross-linked surfaces straight out of a video game. Almost.

I’ve taken my camera to the would-be Rockefeller Center West (as it was once called) many times throughout the years, and have taken thousands of photos. Here are just a few: 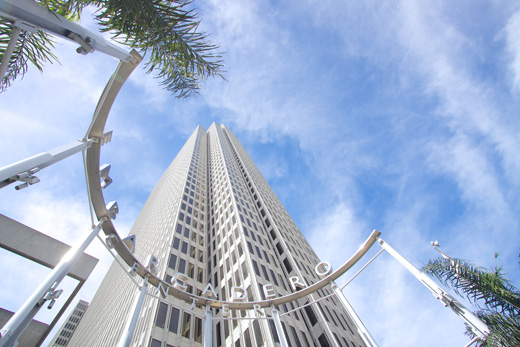 The main four towers were built between 1971 and 1982 and designed by John C. Portman — his second urban complex after Atlanta’s Peachtree Center. The irregular floor plan allowed for 10 to 14 corner offices per floor, instead of the more typical four.

The towers were erected while the nearby Embarcadero Freeway was still operational. At least one critic hoped the Center would “reduce [the freeway] to a secondary visual incident in which the flow of more or less distant traffic will be a continuous kinetic fascination.”

“The plan offers a profusion of facilities and pastimes for a person who can go about on foot (a level or two above all car traffic) and still not feel oppressed by big things around him,” wrote Alexander Fried in the San Francisco Examiner in 1967.

The hopes were as high as the planned towers. In 1967, Pietro Belluschi, dean emeritus at the School of Architecture at M.I.T.  predicted that [Embarcadero Center] “will perhaps bring more change than San Francisco has undergone since the Gold Rush.” 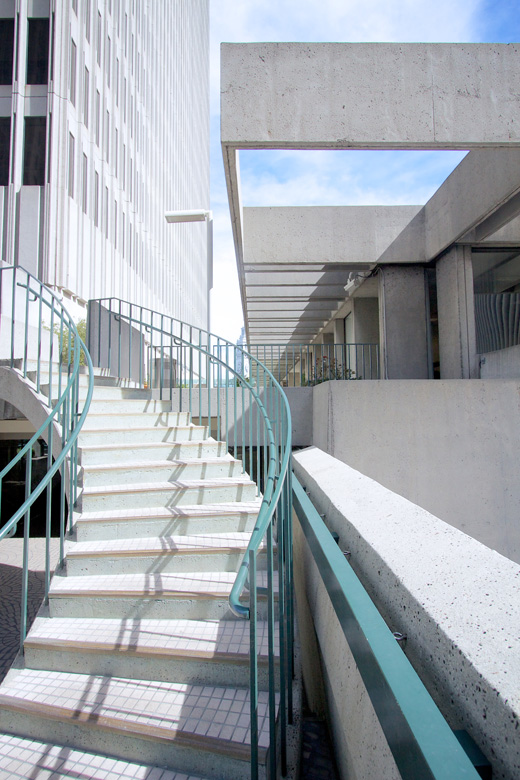 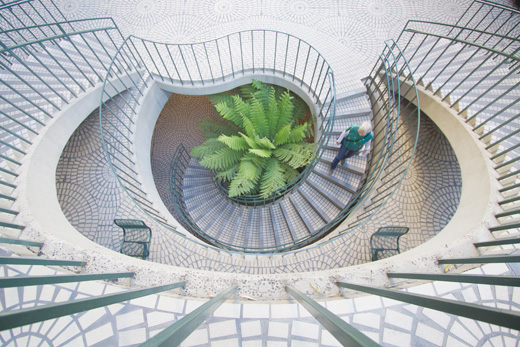 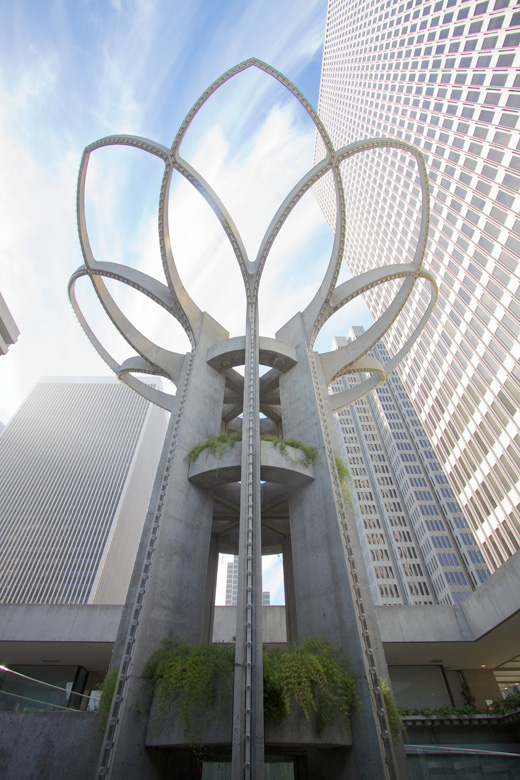 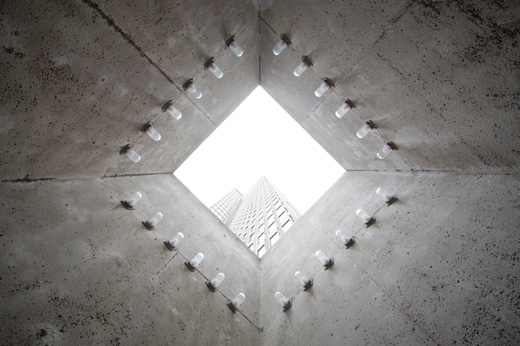 “The Center is big. The trees are human. The project is good,” opined the San Francisco Examiner in 1967 of the biggest real-estate development in San Francisco to date. “[It dwarfs] both in size and scope almost anything conceived since the West was won.”

The sky deck was opened to the public (for a fee) in 1996, but shut down before the end of the millennium owing to poor attendance. Many tourists pointed out that the view of San Francisco was better from other locations, such as Twin Peaks, Telegraph Hill or the Golden Gate Bridge, and, as the San Francisco Chronicle once observed, “the price at those places is zero.”

Embarcadero Center was dedicated in May of 1982. Thirty years later, John King, the urban design writer for the Chronicle, wrote: “A blunt cliff when viewed from north or south, spiked outcrops from east or west. And from any angle, it demonstrates how quickly ‘the future’ can seem quaint.” 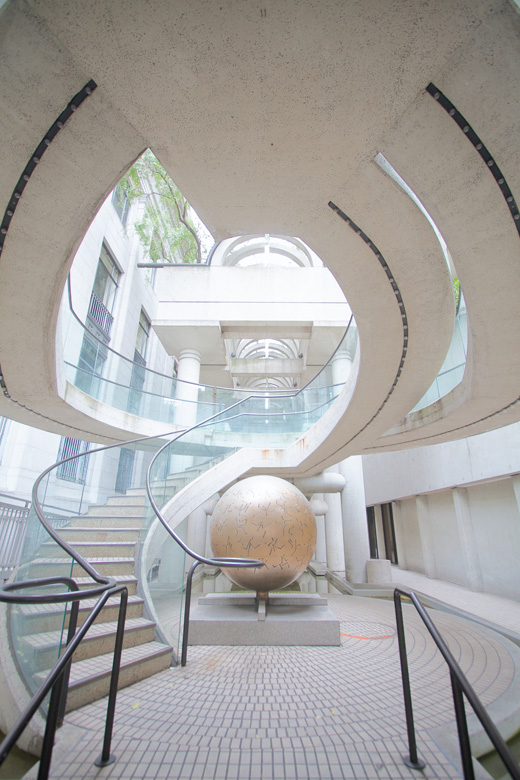 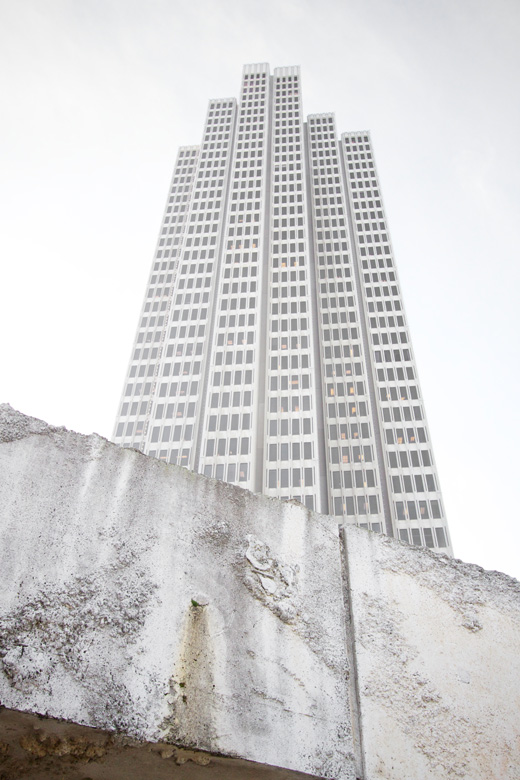 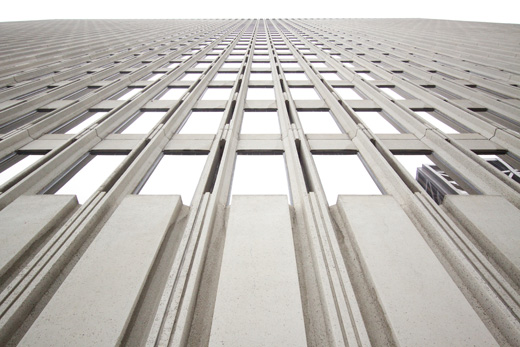 Words and Pictures by Marcin Wichary, designer at Medium​.