The architect, author, urban planner and father of New Urbanism reflects on the movement’s always compelling, ever-controversial, evolution and describes for us what he sees as its latest incarnation — “lean urbanism.”

It’s hard to believe it’s been 33 years since the introduction of Seaside, Florida, one of the first New Urbanist communities, designed by architect Andres Duany and his firm, Duany Plater-Zyberk. “A certain percentage of Americans wanted to live in walkable, diverse communities,” recalls Duany, “which had never been identified by the rearview-mirror marketing studies. So these communities had to be willed into place by people who wanted to live that way.” 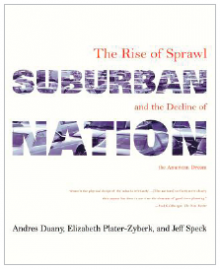 Since then, New Urbanism has gone through a number of phases, and Duany remains at the forefront as innovator and instigator, roles he clearly relishes. We’d been in touch with Duany while planning our recent exhibit, Grand Reductions: Ten Diagrams That Changed City Planning, which featured Duany’s seminal urban to rural transect from 1999. Soon after learning about SPUR, Duany became a member.
We caught up with him in January and talked about the everchanging nature of New Urbanism, the current fascination with cities and Duany’s new obsession, something he’s calling “lean urbanism.”
Like “an architectural version of Invasion of the Body Snatchers, our main streets and neighborhoods have been replaced by alien substitutes, similar but not the same,” wrote Duany and his co-authors in "Suburban Nation," a seminal critique of suburbia from 2001.

So tell us about lean urbanism.

It’s a way of doing. It’s highly environmental as a consequence, but it’s not central for us. What is central for us is to go back to circa 1875.

When people colonized the West, they yielded enough wealth to create culture, to purchase culture. San Francisco, for example, went from essentially a shanty town to a great cultural metropolis. They were just smart. We are studying the people who lived in this period very hard because there were many attributes of that time that I think make sense in the 21st century. One is that they broke into the economic system. There was highly decentralized planning, localized infrastructure and very light legislation. And of course their resilience. Also that way of thinking about architecture, which is not the vernacular as a style but the vernacular mind.

You’ve been deeply involved in the design of both cities and suburbs. There is such a great political divide between the two right now. Has that always been there?

The political split is ancient…I mean, it’s absolutely built-in. We are not going to break that up. What is changing are generations. Younger people are basically nauseated by the suburbs. And the seniors can’t really live there because they can’t drive.
So now in the middle are the kind of people who are not convinced that kids can walk to school or that a diverse school can be an excellent one. It’s a different American Dream. The very buttons we push [as New Urbanists] are complete turnoffs to them. But to be fair…the good cities are so gentrified and so overpriced they don’t have a choice. Where can you get a large enough apartment to raise a family? The good cities are all taken up.

Duany’s “Urban to Rural Transect” (1999) identified a series of conditions from the urban core to wild nature, and proposed that planning policies change as densities varied.

If that’s indeed true, how might we create more good ones?

New Urbanism has been misrepresented as exclusively concerned with the suburbs. In fact, from the very beginning we worked with the city. I have done at least 10 major downtown plans for cities like Providence, Baton Rouge and West Palm Beach. We work at cities, but the work is invisible. People assume everything there was always there.
We do not solve the problem of affordability in cities because cities are desperate for tax base. The city needs somebody paying taxes, so you can actually get the cops and the schools and the maintenance. We are major gentrifiers of moribund cities. Our job was to make them cool and expensive.

One of the things about urbanism that’s becoming clear to me is that it’s inherently unstable. Cities are getting better or worse. What may have been my favorite city five years ago is turning into something else. Charleston [was my favorite] at one time, Key West, Miami Beach. And then they became distorted. But I think my favorite now, because they’re in takeoff mode, are Providence, Rhode Island, and Mobile, Alabama. They are so cool, so affordable, so authentic. I love them. They are still full of promise. It’s like having a really bright, promising child before they turn into a rough, uncomfortable teenager.

How about your favorite book about cities?

The best book I have ever read about cities is Raymond Unwin’s Town Planning in Practice: An Introduction to the Art of Designing Cities and Suburbs (1909).

Probably one or another avenue in Paris. For me that’s the essence of urbanity.

London, because it’s so varied. I could never get bored there. 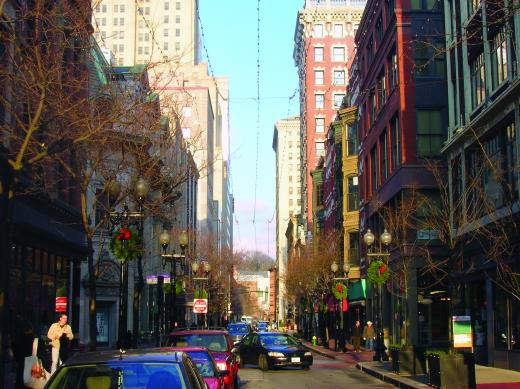 “From the very beginning we worked with the city, “ says Duany, whose firm DPZ has done at least 10 major downtwon plans including one for Providence, Rhode Island (pictured).
The Future of Water
Urban Field Notes: The Art Underground
Member Profile: Andres Duany
See All Urbanist Articles