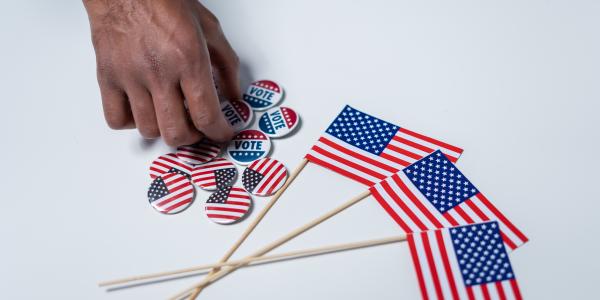 SPUR developed several ballot measures during the latest election cycle, and its research and advocacy heavily influenced a handful of others. San Franciscans debated whether to support streamlining that would make affordable and mixed-income housing easier to build and contemplated whether to continue pandemic-era slow streets programs in Golden Gate Park and on the Great Highway. Oakland voters considered changes to how city government operates, including a few changes proposed by SPUR. And Californians deliberated over a funding program to prevent catastrophic wildfires and help low-income people, small businesses and government agencies make the transition to electric vehicles. While we didn’t win ’em all, we’re pleased to see a number of SPUR’s ideas gaining traction around the region.

Voters reaffirmed their support for the JFK Promenade in Golden Gate Park by passing Prop. J and rejecting competing measure Prop. I. In doing so, they preserved a world-class public recreational space and amenity for all. Prop. J will allow the city to continue the Golden Gate Park Access and Safety Program, which closed some roads in the park to car traffic, making them available for recreational use. The city would not have been able to convert these roads to public open space without state legislation to streamline approvals for these types of projects (2020’s SB 288), which SPUR developed and sponsored. The program also expands ADA-accessible options in the park, such as a new free park shuttle and ADA-compliant parking spaces, and it partners with community-based organizations on programs to support equitable park access. This huge win preserves a transformational community-led change that was set in motion during the COVID-19 pandemic.

Voters rejected a broad effort to eliminate public open spaces created from city streets by defeating Prop I. The measure would have eliminated the Golden Gate Access and Safety Program and required the city to once again allow car traffic at all times on the Great Highway, which has been closed to cars on holidays and weekends since the pandemic. It also would have required the city to abandon implementation of the Ocean Beach Climate Change Adaptation Project. In doing so, Prop. I would have dismantled the decade of community engagement, planning and policy coordination that developed a thoughtful and effective adaptation response to sea level rise and a plan to protect communities from flooding and sewage overflow along Ocean Beach. SPUR is proud to have co-developed policy strategies to address climate change in the Ocean Beach Master Plan (which informed the Ocean Beach Climate Change Adaptation Project), and we’re glad to see implementation of these projects continue.

Prop J won 63% of the vote, and Prop I was decisively defeated by 65% of voters. Equally impressively, Prop I was defeated in every single supervisorial district, showing the broad appeal of creating public open space from city streets. SPUR will continue to work on transforming our streets to deliver fast and reliable transit, safe walking and biking networks, and welcoming public space for all. Special thanks go to Kid Safe SF, Mayor London Breed and Senator Scott Wiener.

The competing measures to streamline housing approvals, Prop. D and Prop. E, both failed to gain a majority of the vote. Prop. D was sponsored by SPUR and a coalition of nonprofit housing developers, labor and environmental groups and was supported by Mayor London Breed. Although Prop. D did not pass, we’re encouraged that it only fell short by about 2,400 votes. On the other hand, Prop. E only won 46% of the vote and lost by about 11,250 votes.

Prop. D would have streamlined the approvals process for three types of housing projects: 100% affordable housing, mixed-income housing with increased affordability, and educator housing. Prop. D would have reformed the permitting process laid out in the city charter, which currently allows various city boards, commissions and officials to deny approvals for discretionary reasons. Because permits would no longer be discretionary, Prop. D would have shielded eligible projects from nuisance lawsuits under the California Environmental Quality Act, which is often misused to delay or completely block proposed housing projects.

Prop. D was criticized by some members of the Board of Supervisors for expediting the construction of housing that would be affordable to moderate- and middle-income households. To defeat Prop. D, seven members of the Board of Supervisors placed a competing charter amendment, Prop. E, on the ballot. Prop. E was so similar to Prop. D that it confused San Francisco voters. But a key difference is that Prop. E had weaker streamlining provisions: It would have retained the Board of Supervisors’ discretionary approvals over 100% affordable housing projects and would have placed additional burdens on mixed-income and educator housing projects, which would have made them infeasible to build.

San Francisco’s ongoing failure to build enough housing is a root cause of the city’s affordability crisis. The reasons for this shortfall are many, and remedying it will require every tool in the toolbox, including eliminating bureaucratic red tape and nuisance lawsuits that block and delay housing construction. It takes longer to get a housing project built in San Francisco than anywhere else in the state. The city’s own housing plan identifies the discretionary permitting process as a major constraint to housing development. SPUR will continue to work on policy solutions to reform the city’s housing approvals process in order to deliver housing at all income levels.

Oakland residents voted to approve Measure X, which will make a number of amendments to the city charter, including creating term limits for councilmembers, increasing salaries for councilmembers, clarifying campaigning protocols for current elected officials and strengthening the role of the city auditor to increase accountability across the city. The measure was authored by Councilmember Dan Kalb, who has said that Measure X is a direct outcome of SPUR’s report Making Government Work, which proposed 10 ways to improve Oakland city governance. Measure X includes half of the report recommendations and moves the needle on improving governance in the City of Oakland.

Given that more than 80% of voters supported governance reforms, SPUR believes Measure X could have done more, as we recommended, to resolve Oakland’s confusing hybrid governance system, notably by strengthening the role of the mayor and initiating an independent Office of Controller, which we believe is critical for the financial health of the city. Overall, we believe the measure was a step in the right direction and signals the desire of Oakland residents for a more effective city government. SPUR will continue to advocate for strengthening the mayor’s role and adding a city controller, and we intend to partner with the mayor-elect on these and other recommendations.

Prop. 30 would have made generational investments to fight climate change, clean our air, prevent and fight catastrophic wildfires, and lift up communities most burdened by pollution and injustice. Although the measure came up short this election, it was amazing to see the idea that SPUR helped incubate more than three years ago turn into a statewide campaign supported by more than 100 environmental, public health, environmental justice labor, progressive and community groups as well as by the state's leading environmental academics, experts and elected officials.

We need big solutions to the big challenges we face. Vehicle tailpipes and catastrophic wildfires are California’s two largest sources of climate and air pollution. Prop. 30 would have invested $100 billion to make zero-emission vehicles affordable and accessible and to make charging these vehicles as easy as fueling a gas car or a diesel bus. In a statewide first, 50% of the proposed investments would have benefited low-income and equity priority communities. In addition, Prop. 30 would have directed $20 billion to fight and prevent catastrophic wildfires. That figure includes major increases in the budgets for vegetation management and watershed restoration; home and community hardening and resilience; and firefighter hiring, training and retention.

California is failing to reduce climate pollution fast enough to avoid catastrophic climate change, and it still has the dirtiest air in the country. Despite this setback, SPUR will keep developing and pushing for the big solutions to these challenges to create a more sustainable, equitable and prosperous future for our communities. Particular thanks are due to our coalition partners — EnviroVoters, Coalition for Clean Air, Natural Resources Defense Council, International Brotherhood of Electrical Workers, CalFire Firefighters 2881, MoveLA and Lyft — for pursuing this future.

Continuing the Work in 2023

Policy change is a long game. Our work in 2023 will include proposals for achieving goals that eluded us at the ballot box in November — specifically, proposals for overcoming the barriers to building affordable and middle-income housing, deeper reforms to Oakland’s outdated system of government and policy ideas for helping Californians of all income levels get off of fossil fuels. In the coming months, we’ll be releasing reports on middle-income housing and supporting an affordable transition to clean energy. Stay tuned.