How Are Oakland and San Francisco Spending Their Soda Tax Revenues? 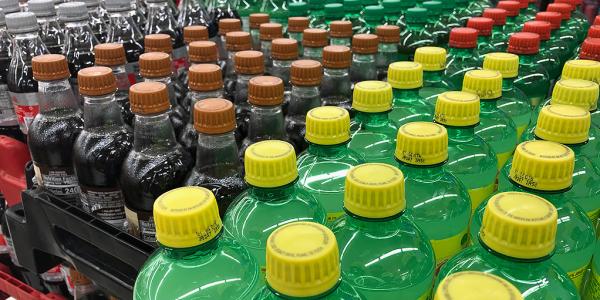 Sugar-sweetened drinks are the single-largest source of sugar for American adults and children, and research shows that they are associated with many diet-related diseases, including diabetes. Sugar-sweetened beverage (SSB) taxes are one tool that policy makers around the country have been exploring to try to reduce soda consumption and fund healthy eating and active living initiatives in their cities. The Bay Area has been a leader in this movement: Berkeley passed the nation’s first SSB tax in 2014; Oakland and San Francisco residents voted to implement SSB taxes two years later.

To increase the chances that they would pass at the ballot, the Oakland and San Francisco soda taxes were designed as general taxes rather than specific taxes, which means that they have no specified funding allocations. (Compared with specific taxes, which require a 66% affirmative vote, general taxes require only a 50% yes vote.) The structure of general taxes required Oakland and San Francisco to establish advisory boards to make recommendations about how SSB revenue should be spent each year. These boards have no decision-making power. The final call on the budget is left to city leaders — the mayor and members of either the city council or the board of supervisors — who are not required to adopt the recommendations.

Every year, SPUR analyzes how San Francisco and Oakland are allocating SSB tax revenue and whether the advisory boards’ recommendations are followed. This year, we took our research one step further, assessing whether implementation of these SSB taxes reflect two key principles of good government: (1) transparency and (2) effectiveness. In short, our goal is to understand whether Oakland and San Francisco are implementing SSB taxes in an equitable way that benefits the low-income and primarily communities of color most burdened by the SSB industry.

To assess the SSB budget in Oakland, we first reached out to the SSB Community Advisory Board to obtain the approved budget and annual recommendations, information not published directly on the board’s website. We then used these figures to highlight the differences between the advisory board’s recommendations and the final budget.

To track the spending and allocations, SPUR used the city’s live database with the most up-to-date budget figures for the City of Oakland. Although the database is intended to be a transparency tool, it proved challenging to navigate. Moreover, many of its labels do not match those of other city budget documents, including the Comparison of Oakland Advisory Board Recommendations and Final Budget that we obtained from the Community Advisory Board.

When we compared the Community Advisory Board’s recommendations to the final approved budget, we found that the Oakland mayor and city council did not take the Sugar-Sweetened Beverage Community Advisory Board’s recommendations into account in any meaningful way. The advisory board proposed that the Oakland budget allocate 60% of the Fiscal Year 2022–23 revenue to community-based grants. The approved budget allocates just 25% for that purpose. Although the advisory board called out this disparity to the mayor and city council in numerous letters, no changes to the final budget resulted.

Oakland’s city budget has faced challenges for years, threatening many city services with elimination or underfunding. The spending allocation from the SSB tax suggests that Oakland is using the revenue from this tax to fill voids in the city’s General Fund rather than to support programming specifically targeted at improving healthy living in line with the tax’s original intent. The divergence of the city’s revenue allocation from the advisory board’s recommendations reflects ineffective implementation of the SSB tax.

First, the budget allocated no funds to Food as Medicine Medi-Cal. These funds would have provided one-time infrastructure and capacity-building grants for community-based organizations that already provide medically supportive food and nutrition interventions. These organizations would have used the grants to contract with health plans to take advantage of Medicaid funding available through CalAIM, California’s current Medicaid waiver.

Third, the city allocated significantly more money than recommended to the city’s free Requity program, which is operated through the Recreation and Parks Department. The funds for outreach and scholarships and for equity building in city recreation programming are meant to improve the health and wellness of San Francisco youth. This programming is certainly beneficial. But the large percentage of the SSB tax revenue allocated for it is concerning because funding from SSB tax revenue should not supplant funding for programs traditionally supported through the General Fund.