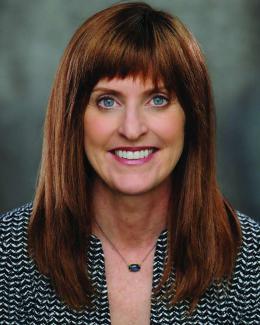 Linda Mandolini grew up in a small, rural/suburban community in Western Massachusetts, a place so small that it still does not have a stop light. Since she grew up in a family of very modest means, her parents couldn’t afford to buy her a car. “It was very challenging to get around and I relied mostly on my bike as my primary form of transportation,” she recalls. “I knew from my teens that I wanted to live in a place where I was closer to everything.”

She did just that, landing in Boston immediately after college. It was a place where she could walk and take the subway every- where (and had the added bonus of her employers subsidizing her subway pass). “I didn’t own a car until I turned 30 and even today wish I could rely on it less than I
have to,” she says. “The value of the mobility of cities with good alternatives for the automobile cannot be underestimated and is, I think, something many of us who live in cities take for granted.”

Mandolini is not one of those people who takes cities for granted. She has in fact devoted her career to making them better, specifically by building affordable housing. Lots of it. She has been CEO of Eden Housing, one of the oldest non-profit affordable housing developers in California for nearly two decades. “I have been fortunate to be surrounded by a team that is committed to solving the important challenge of providing affordable homes for so many Californian’s who need them. We continue the founding board’s legacy of trying to change the world we live in — literally changing it one corner at a time!”

Tell us a bit about Eden Housing.

Eden got its start 51 years ago thanks to a group of volunteers who came together
to work on a ballot initiative for fair housing. Although the initiative failed, the group didn’t give up on their quest to help people find affordable housing. Five decades later, Eden has acquired and developed more than 10,000 homes in communities throughout California.

How did you first get interested in affordable housing?

I discovered the field as a college intern in Hartford, Connecticut and then in Boston. I relocated to California in 1996 and have engaged in a wide variety of policy and planning activities because it’s critical to the work we do at Eden and for the cities we live in. Good planning and public policy that promote thoughtful, transit-oriented, balanced development is the foundation for the work we all do.

What should the Bay Area do to help ease its housing shortage?

Build more homes more quickly and make sure every project over 20 units includes some affordable housing. There are several bills in the legislature that might help us get closer to this goal including the bill sponsored by Senator Nancy Skinner to expedite approvals timing, the bills that would allow for increased densities near transit and make it easier to build accessory dwelling units, to name a few. Unfortunately, it’s hard to move housing quickly without good underlying planning and political will at the local level. And in our case, we need funding to subsidize building affordable housing. The layers of solutions we need don’t come easily to a state like California, and the state has to play a larger role in “encouraging” housing development at the local level. We’ve had some big victories in the past few years and hope that under Gov. Newsom’s leadership we will have more this year. We cannot afford to keep going the way we have been. Too many people are being left out or moving out altogether. We need more types of housing for more people and all of our cities, large and small need to find ways to build it.

I have two: Oakland, where I live now, and Boston, where I used to live. (Although the bike lanes in Copenhagen have me seriously thinking about moving that city up in the ranking!)

The view of the bay including the Bay and Golden Gate bridges as seen from my bicycle at the top of Skyline Drive in Oakland.

Favorite book or work of art about cities?

Does the Citgo sign adjacent to Fenway Park qualify as art? As for books, I guess the first book which was formative for my thinking was Jane Jacobs’ The Death and Life of Great American Cities. A lot of the principles she talks about in that book are things we think about today when we build new housing and want to orient our designs to create a sense of community. The other book I like was David Byrne’s Bicycle Diaries. Touring a city on one’s bikes give you a sense of the dynamic tension between the old and the new and the car and the rest of us! You also see and experience the world in a much more dynamic way than you do from a car.