The Subway Is Seamless

Oh, the places you can go on the New York City subway! A $2.50 fare and a subway map can get you from Rockaway Beach in Brooklyn to Wall Street in Manhattan, or from Staten Island to the Mets’ Citi Field in Queens. For most residents and visitors, the New York City Subway is an extraordinary amenity. It’s big, it’s seamless and it connects to the entire East Coast and beyond.

The NYC Subway network has 468 stations — almost as many as all other subway systems in the country combined. But what feels like one big subway system was never planned that way. Today’s unified system, run by the New York City Transit Authority (now part of the Metropolitan Transit Authority), was created from the consolidation of three separate companies in the 1940s: the Interborough Rapid Transit Company (IRT), the Brooklyn–Manhattan Transit Corporation (BMT) and the Independent Subway System (IND, built by the City of New York).

The New York City Subway isn’t just physically big — its service is immense too. It’s one of only two subway systems in the world that is open 24 hours a day, 365 days a year. Most trains run every six to 10 minutes most of the day. Riders rarely need to consult a schedule. The availability of express trains that skip stops makes for fast travel times over long distances.

In the Bay Area, San Francisco’s Muni Metro light rail system is most comparable to the NYC Subway because of its frequency and density of stops, although it is much smaller in scale. The Muni Metro has 33 light rail stations and a $2 fare gets you 90 minutes on the Muni system, including bus, light rail and streetcars. Both the Muni system and New York City Transit also offer extensive bus networks.

Once you have passed through a New York City Subway fare gate (“inside fare control”) you are free to use the entire massive subway system. It has taken decades of painstaking construction to create “free transfers” among the three original subway systems, and the MTA is creating more of these transfer opportunities all the time. Free transfers were introduced over time, first between lines of the same system (either the IRT, BMT or IND), and later between those systems. Now 421 of the subway’s 468 stations are “station complexes,” offering access to more than one subway service. By contrast, from San Francisco’s Muni Metro, there are four transfers to BART, all in downtown San Francisco, and one transfer to Caltrain at Fourth and King. 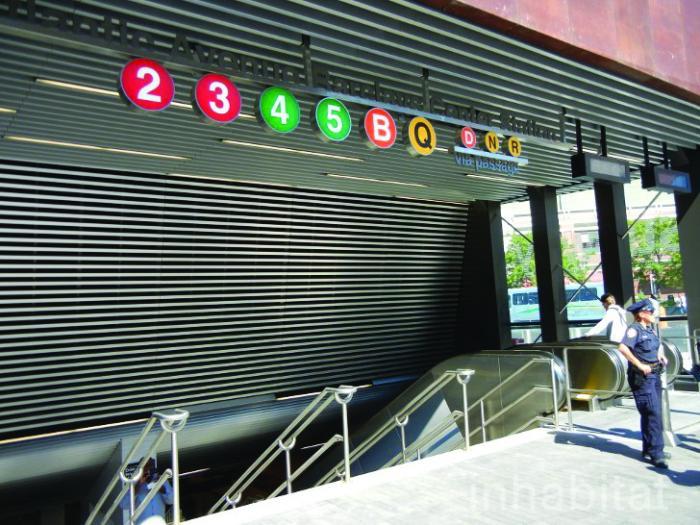 If you wish to leave New York City without using a car, the New York City Subway makes it possible. The subway leads to massive transit hubs, the likes of which simply don’t exist (yet) in the western United States. Pennsylvania (“Penn”) Station is the biggest passenger transportation facility in the country. Once you get to Penn Station on any of 13 subway lines, you can access 14 Amtrak intercity services that stretch from Montreal to Miami to Chicago. Or you can take one of 12 Long Island Rail Road (LIRR) lines or four New Jersey Transit railroad lines.

The lovely Grand Central Terminal, with the most train platforms of any station in the world, provides connections for subway riders to many New York and Connecticut destinations. It’s also one of the top tourist attractions in the world. The area surrounding Grand Central serves informally as a big regional bus terminal.

We share with New York an ambition to grow our transit networks. Both regions are undertaking incredibly complex infill transit projects envisioned many decades ago, including the Caltrain extension to downtown San Francisco and the Second Avenue Subway in Manhattan. New York City’s ambitious East Side Access project will bring the Long Island Rail Road into Grand Central Terminal, which is closer to job centers than Penn Station, where the LIRR terminates today.

In the Bay Area, it’s common to disparage ridership projections for expensive projects like the Muni Central Subway or the BART extension to San Jose.  Given the size of these regional investments, it may be worth considering how much friction we could remove — and how many more riders we could attract — if a new station also meant seamless and free access to one big regional transit network. The New York experience over the last century tells us it might be worth pursuing. Integrating Muni, BART, Caltrain and the Santa Clara Valley Transportation Authority (our four most used “local” rail services) would add up to 168 train stops in one fare control area.

A large, seamless transit system can mean freedom. The 50 of us from SPUR who visited New York took transit to all of our destinations without any significant glitches. A seamless, high-frequency transit network meant that a person left behind could easily catch up. In fact, the only time we got off schedule and worried about losing someone was when we were traveling by private tour bus.