Once a formidable obstacle, the city’s hills are made for walking. And commuting. And recreation.

Urbanist Article July 4, 2013
For San Francisco residents, steep inclines have become part of the everyday urban fabric. It’s easy to overlook how the topography once divided the city. Historically, the peaks were a matter of wealth and accessibility. Only the rich could afford to live atop these scenic perches; the rest of the population wondered how to traverse them before the cable car was introduced.
Today there are numerous infrastructures, pathways and transportation modes that have been integrated with San Francisco’s hills so that the urban environment and the natural landscape blend more seamlessly with each other. Easier accessibility has lessened — though not eliminated — the privilege divide.
Though our legs may tell us something different on the ascent, these hills are no longer something to be conquered but rather are integrated into our daily patterns of living. 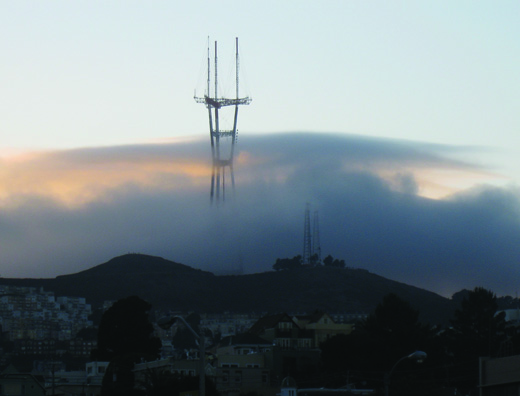 Twin Peaks (Transit) — In 1918 the Twin Peaks tunnel opened, taking 20 minutes off of trolley commutes from Sloat Boulevard to Kearny Street. Currently, it is one of the longest light-rail tunnels in the world, running all the way from Market and Castro Streets to West Portal. The Twin Peaks tunnel enabled new neighborhoods to be developed, including Balboa Terrace, Forest Hill, West Portal, St. Francis Wood and Westwood Park. 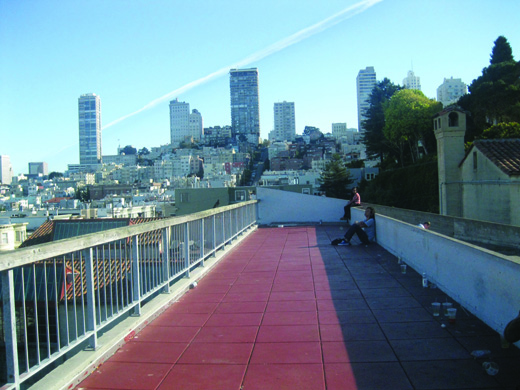 Telegraph Hill — (Walkability) Since 1933, Coit Tower has been a singular presence on the iconic San Francisco Bay skyline. A major tourist destination with easy access from downtown, it invites city wanderers to come straight to its lookout point undeterred by the long walk up. To reach the tower by foot one must walk its spiral road and climb a set of stairs. 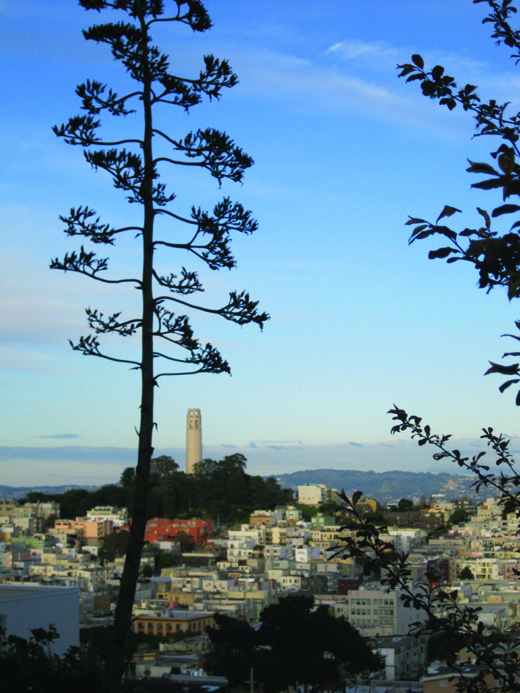 Nob Hill & Russian Hill — (Neighborhood) Nob Hill’s moniker originates from the slang term “Nabobs,” referring to the political elite and wealthy. It’s no wonder that these neighborhoods have always been desirable places to live; both hills offer brilliant panoramas of the Bay. Many sidewalks are tilted at nearly 90 degrees, and there are countless hidden staircases to discover and climb. 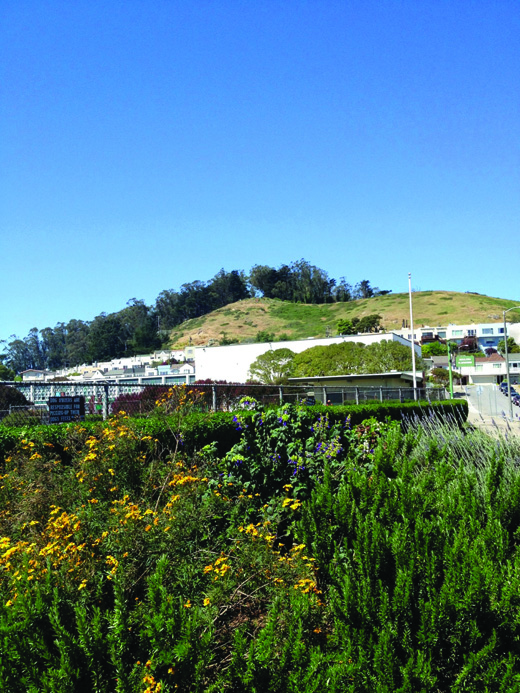 Mount Davidson (Recreational) — At 938 feet, Mount Davidson is the highest point in San Francisco and is abundant with natural flora and fauna. Blue gum eucalyptus trees were planted in the early 19th century and they now provide a mini forest of over 30 acres amid the urban environment. 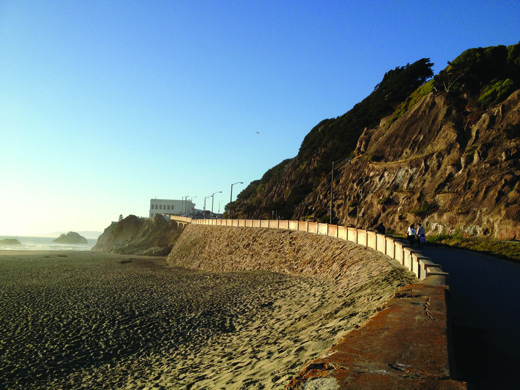 Lands End/Cliff House — (Cycling, Walking) Point Lobos Avenue curves around the edge of the Outer Richmond — just above the Pacific Ocean — and dips down onto the Great Highway. On the map there is no designated name for this hill, but the names Lands End and the Cliff House convey the topography. Cyclists know the area well; it’s part of the San Francisco Bicycle Route 95, which extends along the western coast of the city. There is no way of anticipating this incline while viewing a street map. You need to experience it for yourself
Andrea Dumovich is a Guest Concierge at the California Historical Society and a former SPUR development intern.
Adapt, Transform, Reuse
Urban Field Notes: The Hills of San Francisco
From Pop-Up to Permanent
See All Urbanist Articles