An urban planner finally stops to take a look around — and not just a drive right through — a region in his own backyard.

I started exploring the Cities of Carquinez (which include Vallejo, Benicia, Fairfield, Vacaville and Suisun City in Solano County and Pittsburg, Antioch, Oakley, Brentwood and unincorporated Bay Point in Contra Costa county) in early 2007, before the foreclosure crisis began in earnest. My wanderings were driven by the nagging feeling that despite having spent 30 years living on three sides of San Francisco Bay, there were huge parts of the region I had only driven through. In the summer of 2008, I was teaching my first UC Berkeley summer course, and I took my first students to Vallejo, Suisun and Pittsburg. where many of these photos were taken.

Below [A], is a typical new subdivision in Vallejo, which like so many other Bay Area suburbs abuts open space. Much of the region’s development between the old downtowns and the ridgelines came after Proposition 13. I had imagined these places as entirely new (and cookie-cutter), yet in the areas around the downtowns, classic painted ladies abound, mixed in with the odd colonial and even the occasional Mediterranean revival. 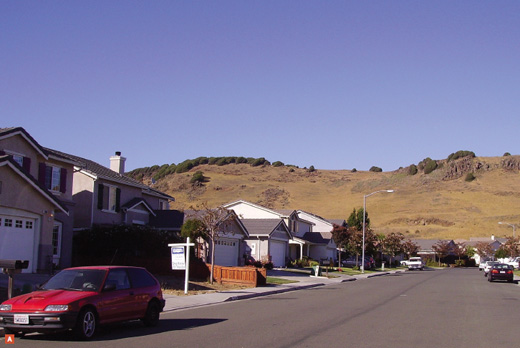 Many of the downtowns have an Old West feel [B], in part because the ghosts are at times the most prominent residents. This isn’t to say that the cities haven’t tried, but the lure of nearby suburban-style shopping malls and a resident base largely relegated to grueling longdistance commutes to faraway job centers makes downtown life difficult, especially in the face of limited transportation options. Vallejo’s attempts at major urban renewal–style redevelopment in the 1960s didn’t help either. 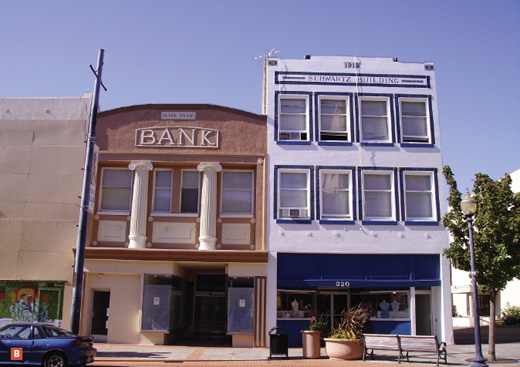 Pittsburg has been particularly aggressive in terms of downtown redevelopment [C], transforming virtually its entire core over the past two decades. But this process was also impacted by the recent financial crisis, first when the Vidrio development had to be bailed out by the city, and later when its redevelopment agency became one of the first in the state to have its funds requisitioned by Sacramento — the first shot in the state’s ultimately successful fight to close redevelopment agencies. 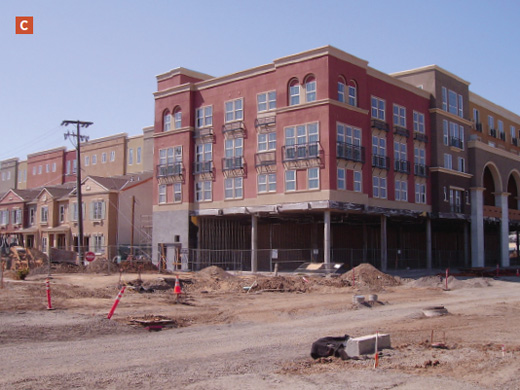 The development, shown during construction below [D], is now nearly complete, and residents are moving in. 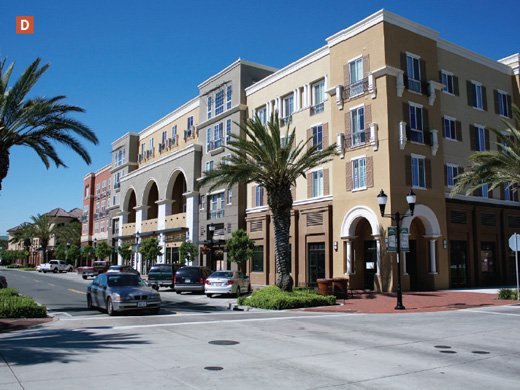 Pittsburg isn’t shy about using its redone downtown as a public space for local culture, and few things are more emblematic of the Cities of Carquinez than old cars [E]. 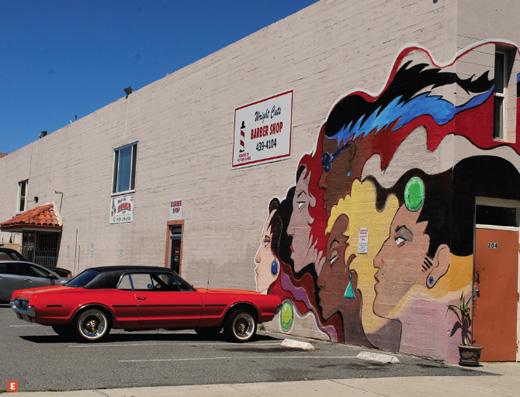 In the summer it seems there is a vintage and/or tricked-out car event [F] every weekend. If you want to experience true racial diversity Bay Area-style, nothing compares to a car show. 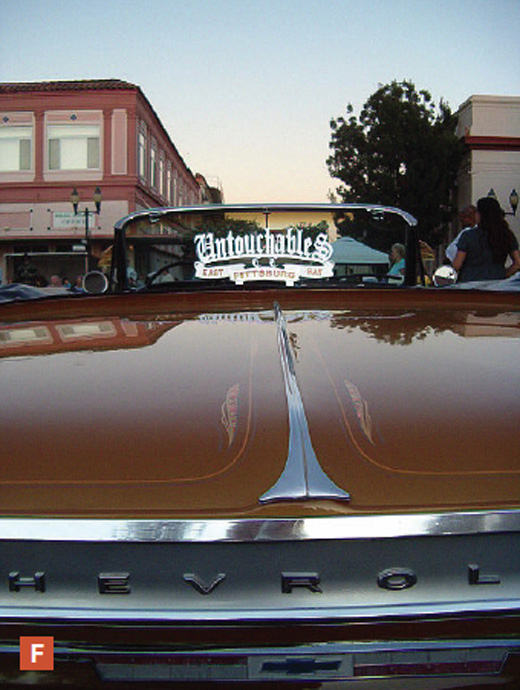 Car culture exists side by side with locavorism, found at farmers markets like this one in Brentwood [G]. This is the Sacramento and San Joaquin Valley side of “Carquinez,” where the subdivisions, old downtowns and industrial sites merge with agriculture’s past and present. Brentwood’s farmer’s market is another true cultural mishmash: On opposite ends of this 2010 photo, the Greenbelt Alliance and the Eastern Contra Costa County chapter of the Tea Party competed for residents’ hearts and minds. 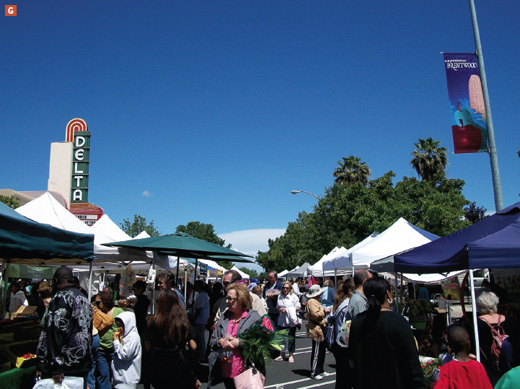 Some of the potential of East Counties brownfield sites was lost when BART [H], and ultimately eBART, was routed down the center of Highway 4 rather than along railroad rights of way that went through the historic downtowns. This is the current terminus in Bay Point, itself an old industrial district turned bedroom community where struggles with poverty are nothing new. Questions remain about the future of eBART: Unlike in West Dublin, where a developer paid for a multimillion-dollar new station, BART wants each city in the region to finance its own station. It’s worth noting that residents of Antioch started paying property tax for BART back in 1962. 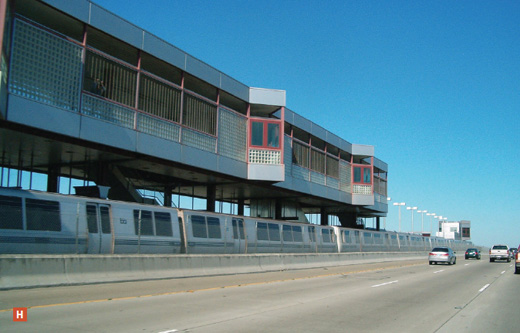 Below is the half-built subdivision in Brentwood [I], where I once spent a summer living with a local teacher who needed help paying his mortgage. The pavement was so clean and new that one could walk barefoot on warm evening strolls through the high-end developments nearby. Brentwood’s leaders like to think of their city in terms of Walnut Creek and San Ramon, but they would be better off looking at Davis, a city that has used its warm weather and flat landscape to build a biking mecca. Although the picture at right may remind many of the abandonment typical of the foreclosure crisis, the empty space you see is in walking distance from the proposed eBART station at Balfour Road. 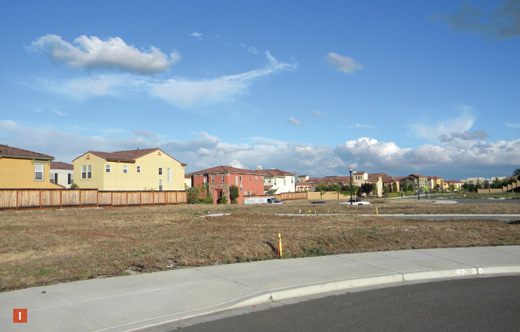 The area’s industrial past—and present— [J] is evident everywhere you go, from the former naval shipyard on Vallejo’s Mare Island to Pittsburg’s still-functional steel plant, from Fairfield’s factories to the brownfields along the river east of Antioch’s downtown. A great deal of the material to build Bay Area suburbia, from steel to chemicals to fiberboard, was produced here. 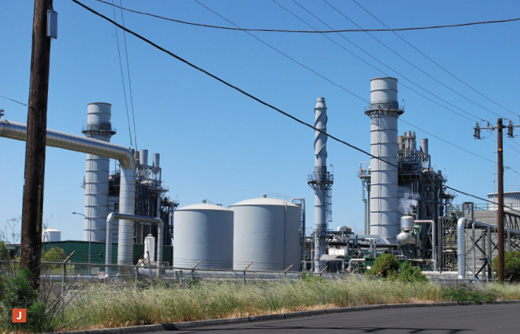