Urban Field Notes: Six Spots in the Mission to Track the Traces of Trains

On numerous walks through San Francisco's Mission District, I'd noticed things that didn't seem to fit into the regular grid of the city's streets. There was that weird diagonal lot behind the lumber place on Harrison Street, the building with the angled facade next to the Taqueria San Jose, and a variety of smaller inconsistencies that never added up — at least until I looked at Juri Commons off of Guerrero Street and put it all together. There must have been a railroad here! But when was it there, and where did it go?

Before the train route south from San Francisco was relocated to the current Caltrain alignment in 1907, all trains had to head south on Harrison Street and then diagonally across the Mission District to the Bernal Cut (now San Jose Avenue and the path of Muni's J-Church light rail line). Trains passed through a narrow slot lined with wooden houses as they came in and out of the city, crossing a steel viaduct over Dolores Street that has long since been removed. Most of the route has been built over since the tracks were finally taken out in 1942, but many traces remain if you are observant. 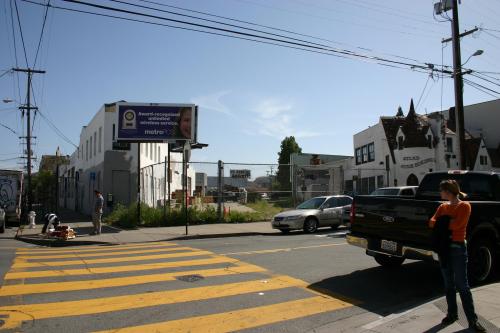 1. Harrison and 22nd streets. Adjacent to the Atlas Stair Building and behind Western Plywood, a long diagonal opening cuts through the block and is fenced at both ends. This marks the location where the tracks diverted southwest off Harrison Street. 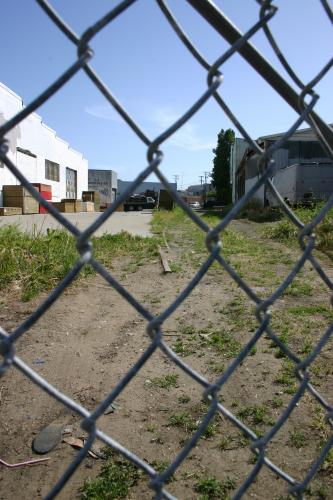 2. Exposed Track. If you look closely through the chain link fence on 22nd Street, you can see remnants of the railroad tracks poking up through the dirt. This is the only place I could find on this walk where this occurs. 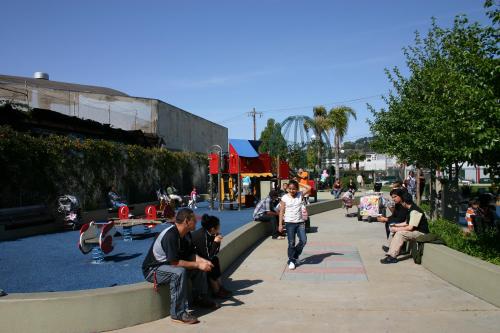 3. Parque Ninos Unidos (bordered by Treat, Folsom and 23rd streets). The tracks originally ran under the northern edge of the park, underneath where the playground equipment is located today. 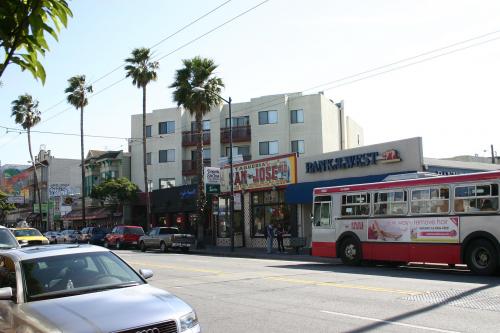 4. Taqueria San Jose (Mission Street, just south of 24th Street). The taqueria is actually located just to the right of where the railroad crossed Mission Street in this photo. The large building to the left is the clearest sign of the rail line's former location, as its front wall is perpendicular to the tracks rather than parallel to the sidewalk. 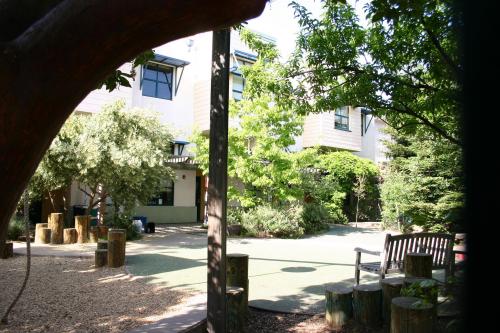 5. Synergy School Playground (Valencia and 25th streets). Not quite as obvious as some of the other infill on the train's route, the playground marks the railroad's former Valencia Street crossing. 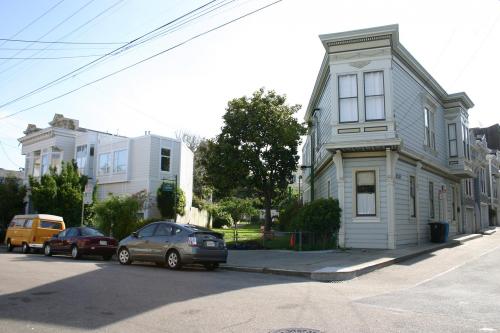 6. Juri Commons (in the block between San Jose Avenue and Guerrero Street, and 25th and 26th streets). Juri Commons is probably the most obvious portion of the former route and is how I got started on this project. Note the narrow width of the space between the houses and try to imagine coal-fired locomotives passing through there numerous times each day. 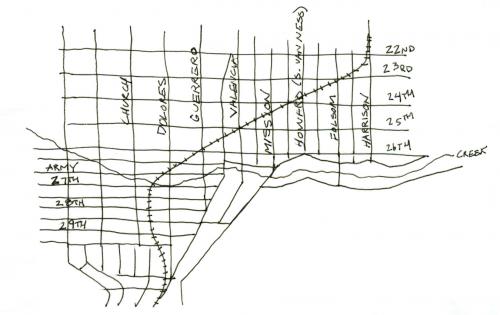 7. Rail route map. This map is compiled from a variety of historic maps available from the David Rumsey Map Collection. It shows the southern portion of the Mission District as it appeared in the late 1800s.

Mark Hogan is an architect with interests in high-density housing and urban planning who recently relocated from San Francisco to London.

All photos by the author.