The View from Sacramento: State Legislators Share Their Priorities for the Coming Year 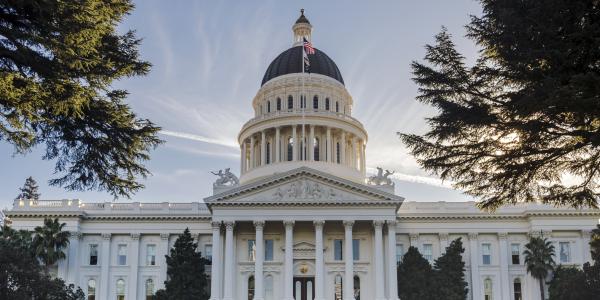 The 2020 California legislative session began with optimism and ambitious plans to address California's housing and homelessness crises. But the spread of COVID-19 in March upturned the legislative process. Uncertainty underscored the remainder of the session as the legislature navigated how to govern safely and effectively in the face of COVID-19. As the end of the 2020 legislative term neared, some key pandemic relief measures passed just under deadline, but many others, including several housing production bills, stalled in committee or on the governor’s desk.

The 2021 state legislative session, now underway, gives cause for optimism once again. Legislators have figured out better ways to work together and are improving the balance of immediate relief efforts and long-term recovery plans. In the first two months of this year’s session, the State Assembly and Senate have passed an economic stimulus package for small businesses; provided economic relief individuals and households; allocated major funding for school reopenings; and extended the existing eviction moratorium.

Earlier this month, members of the California State Bay Area Caucus — Senator Scott Wiener, Assemblymember David Chiu and Assemblymember Philip Ting — joined SPUR and the San Francisco Housing Action Coalition for a conversation about the prospects and priorities for the coming legislative session.

Assemblymember Ting, who chairs the Assembly Budget Committee, opened the conversation with an overview of the state’s budget. In 2020, California faced a $54 billion deficit, an amount that represents more than a third of the state’s total $140 billion budget. Unlike the federal government, which can print money, issue bonds and take on debt, state and local governments must pass a balanced budget each year. In order to bridge the funding gap, the state decided to cut funding to some institutions, like the University of California and California State University systems, and defer payments in order to maintain critical health and human services.

Last year’s budgetary decisions have resulted in surplus funds for 2021, but legislative analysts predict the surplus is unlikely to last. In fact, their forecasts suggest that California will face a budget shortfall for the next three years. Assemblymember Ting said that these predictions have shaped how the legislature will approach funding allocations for the year. Capital projects to help build housing or for deferred infrastructure maintenance require a one-time investment of funds, but these projects spur jobs and other benefits over a span of multiple years. In contrast, ongoing spending for healthcare programs and human services will likely experience reductions as a precautionary measure against deepening the deficit.

Assemblymember Chiu reiterated that the state budget is ultimately constrained by the state’s inability to print or borrow money. “We will have to rely on the possibility of serious revenues only coming from the federal level in the near term,” said Assemblymember Chiu. Assemblymember Ting and Senator Wiener agreed, and expressed hope for a federal stimulus package that would include funding for state and local governments.

While the state would welcome federal assistance, the legislature is making the most of its existing budget to help Californians in need, according to Assemblymember Chiu. These decisions include expanding the earned income tax credit for families earning less than $75,000; providing billions of dollars in relief to small businesses; allocating additional economic stimulus funds to individuals and households, regardless of one’s immigration status; and lastly, passing a $6 billion school reopening package, which provides $4 billion for learning recovery and $2 billion for school reopenings.

Assemblymember Ting added that the legislature made a strategic decision last year not to cut healthcare, public assistance or food assistance. He spoke to lessons learned following the Great Recession, when the state made choices that weakened California’s social safety net. It took several years to rebuild the state’s network of social services after the recession.

Ultimately, Assemblymember Ting said, “The only way we can really make a dent in this quality-of-life gap is ... trying to figure out how to build more housing.” Senator Wiener agreed, tying together the interconnected nature between the high cost of housing and the need for more housing: “If you don’t have enough housing, more people will crowd into individual units. this can be multigenerational family living, multiple families living together or multiple roommates in a single-family home or an apartment.”

While overcrowded housing presents challenges in a non-pandemic environment, it is uniquely challenging in the context of COVID-19. Senator Wiener provided an example of a person in Los Angeles who contracted COVID-19 and then quarantined in a closet for 10 days as it was the only available isolated space. Senator Wiener said he hoped that stories such as this one, as well as the latest statistics around rising numbers of unhoused people,would provide an additional impetus to drastically increase housing of all types and at all levels of affordability.

Housing and homelessness remain a top priority for Governor Gavin Newsom and the state legislature in 2021. In January,  the governor announced that the state would spend $1.75 billion on housing initiatives for unhoused people, such as Project Homekey. An additional $1 billion has been proposed for housing production, including $500 million for low-income housing tax credits and $500 million for infill housing programs.

Assemblymember Chiu, who chairs the Assembly Housing and Community Development Committee, broke down the legislature’s approach to housing into three parts. First, the legislature is addressing tenant protections. This month, $2.6 billion will go to tenants and landlords who have not been able to pay or receive rent.

A number of housing production bills have been introduced this session in both the State Assembly and State Senate. Assemblymember Chiu said the best way to move forward with job creation and recovery is to build as much housing as possible. In order to meet its goals for housing production, the legislature will have to push forward conversations on zoning reform, such as building more housing in areas zoned for single-family housing.

The legislature also recognizes the urgent need to provide housing and wraparound services for California’s unhoused residents. Assemblymember Chiu advocated for the continuation of programs like Project Roomkey and Project Homekey, which have helped streamline the process of getting unhoused people into housing, even as he recognized that these programs were failing to keep pace with the rates at which people were becoming unhoused. In the Bay Area, for example, two people lose their housing per every one person who enters housing.Furthermore, Assemblymember Chiu highlighted the need for comprehensive solutions to address homelessness. From his perspective, a comprehensive solution would examine the intersectionality of homelessness and other issues, such as the criminal justice system. Furthermore, a comprehensive solution would require adequate planning and data collection on the part of local jurisdictions, as well as reliable funding for supportive services.

A throughline of conversations on housing and homelessness at the state level is accountability. The state is now positioned to enforce existing state housing laws and to hold cities accountable for following through on their commitments to build housing. . On homelessness, increased service spending comes with a greater imperative to improve quality of life for unhoused folks, and overall reductions in the rates of homelessness.

Finally, politics inevitably filter into every legislative conversation, particularly on the subject of housing. While the housing shortage affects residents across the state, over the past decade the Bay Area has become a symbol of California’s lack of housing affordability. The three legislators believe this long timeframe has allowed housing debates to evolve and mature in the Bay Area. At the same time, an increase in pro-housing advocacy has made housing a central focus for the Bay Area caucus in ways that legislators from other parts of the state haven’t experienced. In moments of housing opposition, legislators must also carefully separate out legitimate concerns about gentrification and affordability from concerns about property values and neighborhood diversification.

COVID-19 response, school reopenings, preparations for this year’s wildfire season and overall economic recovery will remain legislative priorities throughout the rest of this year’s session. However,  many bills were introduced this session to address issues beyond the immediate scope of COVID-19, including increasing mental health and addiction treatment services, reducing mass incarceration, and addressing climate change by requiring better disclosures of businesses’ carbon footprint. In the weeks and months ahead, each bill will make its way through the senate and the house, undergoing review by committees, before heading to a final vote in each house.