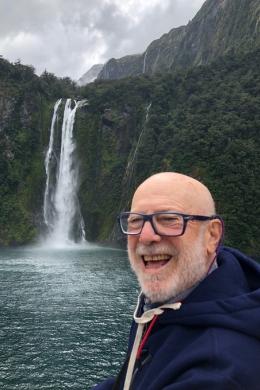 This experience inspired Al to add a Master of City Planning degree from Cal to his law degree. His first job as a City Planner was at BCDC, the San Francisco Bay Conservation and Development Commission, which was formed in 1965 by the McAteer-Petris Act that evolved out of a SPUR report to prevent filling San Francisco Bay. SPUR deputy director, Joe Bodowitz, became BCDC director and Al became deputy director. BCDC is a regulatory body, and Al developed a reputation as a ferocious regulator. He knew the law, he understood the principles and goals behind it, he wasn’t bashful about truth telling.

I first met Al in 1978 at the national convention of the American Planning Association in San Francisco. For the first time ever, the convention program listed a social event for Gay and Lesbian Planners. This was daring for the time, as in most places you would be fired for being gay, especially in the politically sensitive field of city planning. The event drew a hundred people, and Al, several others and I founded a new San Francisco professional group, Gays and Lesbians in Planning, which successfully went on for twenty-some years until it no longer seemed necessary in progressive San Francisco. Al’s characteristics as a curious listener, a dispenser of sage advice, and a teacher, made him the ideal role model. Al applied his professional skills and caring personality to help anyone needing advice.

At the same time, Al developed a successful real estate and renovation business, and spent four months as a Peace Corps trainer in Botswana, lived in Paris, and used his home on Green Street for a myriad of social and fund raising events.

In the midst of the AIDS epidemic, Al felt his calling was to be a psychologist, and went back to get yet another Master’s from Cal, this time in Social Welfare, and had a successful practice as a Clinical Social Worker well into his 80s. Al always loved giving advice, and now he had a legitimate reason and all the tools to do so. And he even got paid to give advice.

Al will probably be most remembered as the philanthropist’s philanthropist, a pillar in the Jewish, civil rights and LGBT communities. He was a founder of the New Israel Fund, the Access Institute for Psychological Services, Lambda Legal, and the LGBT Alliance, among others. In addition to SPUR, he was on the boards of the ACLU, Jewish Family & Children’s Services, the Jewish Community Federation, the Fine Arts Museums, and many others.

Al was a very generous supporter, and often in partnership with his husband Robert Holgate during the last decade and a half, of these groups, plus the National Center for Lesbian Rights, Openhouse, the New Conservatory Theater, Berkeley Rep, and Sha’ar Zahav, to mention a few.

In 1996, SPUR awarded Al our lifetime achievement award, the Silver SPUR, for his community activism, for his political and philanthropic support of liberal social justice, political, and LGBT groups, and his longtime philanthropic support of SPUR where he gave and gave and inspired others to give. In 2019, Al was one of three generous supporters who funded a challenge grant that successfully increased the membership of SPUR’s Urban Leaders Council. And again in 2020, Al remained a committed SPUR Benefactor member.

Al is known by many throughout SPUR as a caring friend, a trusted advisor, an intellectual stimulus, and a model public citizen. He will be sorely missed by his husband Robert Holgate, by SPUR, and by countless others whose lives he touched.