How Should We Rebuild Government After COVID-19? 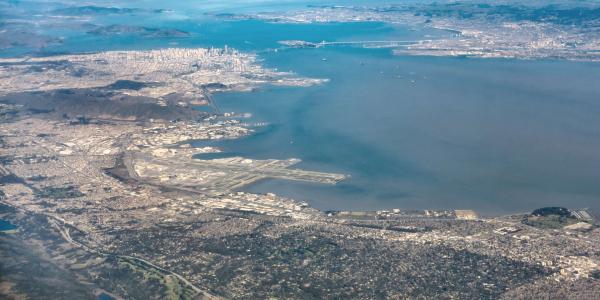 At a recent meeting, the chair of the Metropolitan Transportation Commission suggested merging smaller cities as a way to weather the economic fallout wrought by COVID-19. The idea of consolidating some government entities isn’t new, but the serious fiscal strain that Bay Area cities face gives it fresh relevance: COVID-19 has prompted declining tax revenues to cities, counties and public agencies, threatening their ability to deliver services now and into the future. The pandemic will have a significant impact on local governments, but it might also present a once-in-a-generation opportunity to rebuild a governance system that better serves the Bay Area. How might we remake government to meet our current challenges — and even deliver better outcomes?

California is home to 58 counties, 482 cities, 977 school districts, 72 community college districts and over 5,000 special districts governing everything from sewer systems to mosquitos. The Bay Area’s own governance system is just as fragmented, with numerous institutions that are either too local in their geographic scale or too narrow in their scope. Fragmentation causes inefficiencies, perpetuates regional inequity and confounds our attempts to solve our problems.

The region includes 101 cities, many of which have fewer than 5,000 residents, most with their own police, fire, parks, library, transportation and planning departments. This fragmentation comes at a significant financial cost and administrative burden. Instead of pooling resources, transit agencies build individual procurement contracts; cities purchase their own police cars and fire trucks and create their own trash collection services. While some cities have recovered from the last recession, a number were still struggling to shore up structural budget deficits and refill vacated positions before the pandemic hit. Now, cities across the region are facing reduced sales and hotel tax revenues and the prospect of hiring freezes, layoffs and cuts to services.

Special districts reveal similar challenges around inefficiencies and waste caused by too many institutions that are too narrow in scope. The Bay Area is home to over 200 of these unique local governments which, separate from counties and cities, provide limited services including transit, sewer, fire protection, cemetery management and mosquito control. Most people don’t know that special districts exist, even though they controlled over $68 billion in total state revenues in 2018 and their governing boards are chosen in the same public elections as city councilmembers and county supervisors. Special districts are empowered to build capital projects, raise revenue and levy fees for service. While this kind of hyper-local government is intended to be responsive to constituents’ needs, it also creates added administrative burden and duplicative services. Solano County, for example, includes six fire protection special districts, which are separate from the seven city-level fire departments serving the larger communities, such as Vallejo and Benicia. The system requires significant coordination between districts and departments, as well as individual revenue streams. The Cordelia Fire Protection District, which serves 5,000 residents, announced earlier this year that financial challenges threaten its existence beyond 2021. Consolidation with other fire districts in the county is an alternative the district may consider.

Beyond the  compounded financial and administrative challenges of COVID-19, the region’s governance system faces other inherent challenges. As examples from the Bay Area bear out, fragmented local governments also reinforce regional inequity. Well-resourced cities can afford excellent public services and education, and they wield undue power over the land use decisions that determine who can live within these enclaves of opportunity. The municipal fragmentation of the Bay Area can trace its recent roots to racial exclusion in the 1950s, when suburban communities like Fremont incorporated. Explicit zoning codes limited large housing developments that could house low-income people and people of color. The Bay Area remains a deeply segregated place today despite its diversity, a challenge caused — and reinforced — by a highly fragmented governance system that mostly serves parochial needs. Inequity plays out in other ways as well, driven by a competition between too many government institutions (cities, counties or public agencies) that generates poor results. For example, congestion management agencies, which operate at the county level to plan and fund transportation projects, rely on local funding from sales taxes. County-by-county funding benefits wealthy communities who can leverage significant sales tax revenues. But less wealthy counties, whose constituents would particularly benefit from high-quality public transit, are left struggling to fund needed projects and declining service.

Finally, our numerous, fragmented municipalities and institutions confound our ability to solve some of the greatest collective action challenges the region faces. Individual cities can vote to provide better services to people without homes, raise taxes to fund affordable housing or raise the minimum wage. But when so many of our challenges are regional in nature — including climate change, housing unaffordability, transportation and shared prosperity — these small-scale decisions cannot add up to meaningful impact across the Bay Area.

In fact, many decisions made at the local level work at cross purposes and reduce our ability to solve these problems. Instead of encouraging collective action, the Bay Area’s governance system incentivizes competition and parochial decision-making, which worsens our biggest challenges. While the region showed remarkable coordination in responding to the pandemic outbreak, for instance, agreements have already broken down as we face the most difficult phase: reopening communities safely and with consistent compliance to public health guidelines. To take just one example, since every county, city and park district has different rules for safely accessing open space, it is almost impossible to clearly communicate to the public what is expected of them. Nor does this inspire faith in the reliability of our public health response. Longer-standing examples include  the region’s history of local transportation decisions that fail to support regional mobility and land use choices that worsen housing affordability across jurisdictional lines.

The pandemic reveals the administrative and financial strain that the Bay Area’s governance system has wrought. Cities, counties and public agencies have difficult decisions ahead. It also offers a once-in-a-generation opportunity to rebuild a governance system that more effectively and equitably serves the Bay Area and is empowered to solve the biggest challenges we face. Here are two policy options the region could consider:

Over a third of the region’s cities have populations under 20,000 and will likely face significant fiscal strain in the coming months and years. As interim steps, cities could share staff in departments such as police, fire, human resources, IT and building inspection, and explore sharing tax revenues (like sales tax) across jurisdictional boundaries. Examples of this sort of tax sharing already exist in the region. The Bay Area Toll Authority collects toll revenues across six bridges to invest in mobility projects around the region that serve those bridges. And the Bay Area Restoration Authority collects revenue from parcel taxes to fund shoreline adaptation projects region-wide. In the longer term, smaller cities could be merged with larger, contiguous jurisdictions to combine resources, reduce overheads, benefit from economies of scale and coordinate more effectively.

Aside from cities, other government agencies could merge to both shore up budgets and provide better service. One example to explore is combining some of the region’s 28 transit agencies — particularly the Bay Area’s regional transit operators (including BART, Caltrain, ACE, WETA and others). Uniting them under one umbrella would provide a more coordinated service, potentially significant administrative experience and a more seamless rider experience.

Another option would be to combine multiple special districts that provide the same service and operate within the same county, or simply merge them into county governments. Doing so could improve equity in service delivery, as well as cut costs and duplication.

There are certainly tradeoffs to consider with combining cities and government agencies. Small, hyper-local governments can be more flexible and responsive to constituent’s needs. In some cases, fragmentation has conferred power to excluded and disenfranchised communities in the Bay Area. Single-purpose entities were originally created in response to government’s inability to deliver services, and they can sometimes be more accountable to voters in addressing the need they were created for. Unfortunately, the decline of the local press means that often voters are unable to inform themselves and weigh in at elections. Significant work would also need to be done to understand the impacts of specific mergers, from governance to union contracts to public debt covenants. And any attempt to consolidate government should be led by a robust and inclusive effort to ensure more representation, not less.

Ultimately, the Bay Area’s current system of local governance cannot succeed in solving our greatest challenges. COVID-19 presents a grim scenario for the health of many cities and institutions, and now is an urgent time to consider reforms to create a more resilient, more equitable and more prosperous region.