By Jim Chappell and Kate White* 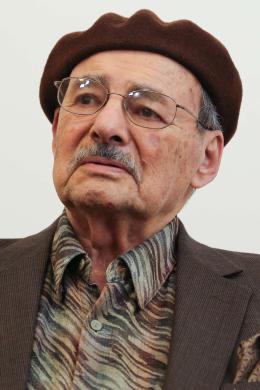 San Francisco lost an extraordinary yet humble citizen activist with the passing of Ron Miguel on June 28. A former president of the San Francisco Planning Commission and former president of the Planning Association for the Richmond District, Ron was a long-time active member of SPUR and the founding chairman of the Housing Action Coalition (HAC). Ron was a loving husband, father of three, grandfather of seven and great-grandfather of four. We are sad to learn of his passing, and grateful for his devotion to the betterment of his birthplace.

Ron had a rich and lively career in public life. As a young man in the 1950s, he went door-to-door organizing in support of the creation of BART. For 16 years he was president of the Planning Association for the Richmond District (PAR), San Francisco’s largest and most influential neighborhood association. Under his leadership, PAR sued the federal government — and won. (The Veterans Administration was violating the National Environmental Policy Act and the National Historic Preservation Act in its management of the VA Hospital at Lands End.) One of the reasons for PAR’s effectiveness is a membership that includes not just homeowners but business owners, property owners, tenants and other stakeholders. Ron always insisted this was necessary to develop balanced and well-informed policy. He understood that cities are all about energy, diversity and inclusion.

One impetus to form the HAC was that PAR and SPUR were typically the only ones testifying on behalf of housing production at hearings before the San Francisco Planning Commission and Board of Supervisors. As long lines of neighbors would get up and protest that new housing would destroy their property values, their neighborhood and the whole city, Ron would calmly explain that the city has a housing shortage; that adding population is good for supporting neighborhood stores, supporting Muni and keeping families in the city; and that in fact well-designed, well-located homes would benefit the neighborhood. His honesty, sincerity and deep understanding of how cities work were just so convincing. Ron knew that others would support housing construction if only there was a broad-based organization focused on housing production to organize them. In 1999, he and other activists worked together to form the Housing Action Coalition (then known as SFHAC).

Ron’s day job was running a florist shop in the Richmond. How had he gotten such a sophisticated and detailed knowledge of land use and planning? He said land use policy first captivated him as a teenager. He studied and read, and was around and active long enough that he saw how both good planning decisions and bad planning decisions played out over time. His memory was accurate and detailed. As a fourth-generation San Franciscan, he had the perspective and judgment to know that nothing stays the same and that it is all of our jobs to manage change so the city and region continually improve. As someone who was actually at the Golden Gate International Exhibition on Treasure Island in 1939, Ron had no trouble imagining the island changing from a military base to a new town within the city.

He was never afraid to be a truth-teller. In one meeting, a community member complained that he could no longer go to restaurants in North Beach because there wasn’t enough parking. Ron shot right back, “I would never not go to a restaurant because I couldn’t find a parking space.” He always pushed for better design: Once, as planning commissioner, he called the design of an important civic building “universally bland.” He called for public plazas to be welcoming and useful for the public, not just architectural gestures. He promoted transit, bicycling and alternative transportation. After his stint as a planning commissioner, he continued to represent the SFHAC and SPUR at public hearings, speaking on behalf of quality housing production. Among his other important civic contributions, Ron was lead trainer for the California Grand Jurors' Association from 1997 until the time of his death.

When SPUR gave its customary ballot analysis presentation at Rhoda Goldman Plaza last February, the presenters noticed that Ron Miguel was missing. Normally Ron would be front and center, adding to the presentations, giving historical background, asking tough questions and sometimes saying, “You’re wrong on that.” Since Ron and his wife Ruth moved from Potrero Hill to the Goldman Plaza in 2017, he had become a thought leader among the plaza’s community of very well-informed senior citizens.

The following day, Ron was at the Regulatory Committee of the HAC. He apologized for missing the ballot analysis meeting, but he had been chairing a meeting of the Better Market Street Citizens Advisory Council … or maybe it was the Railyards Alternatives Working Group, which he also chaired … or any of the many civic committees that mayors and supervisors and department heads have asked him to lead for decades.

Ron was a model citizen activist: well informed, always seeking different and divergent viewpoints, and focused on the future. He loved the energy of the city. Ron was the embodiment of tikkun olam, Hebrew for “repair the world.” He spent a lifetime working to make San Francisco even better than his Jewish immigrant great-grandparents found it, and his passing leaves a big hole in our civic fabric.

*Jim Chappell is the former executive director of SPUR and a HAC member.

Kate White was the first executive director of HAC and is a SPUR board member.