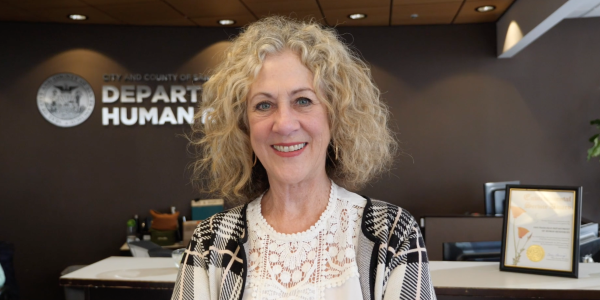 The 2020 SF Good Government Awards, held on March 4, recognized outstanding job performance by those serving the City and County of San Francisco.

In response to concerns of employees deployed to the 2017 North Bay fires, Dr. Sugarman, in her capacity directing worker’s compensation for the City of San Francisco, rapidly established an Injury Hotline staffed twenty-four hours per day by a registered nurse. Her department expanded the program citywide, where it remains valuable to employees affected by work-related exposures and injuries. Through the program, workers can receive immediate medical care, set medical appointments and obtain claim forms. Their calls also serve as their first report of injury, thereby improving the City’s claims recordkeeping and response. Employees benefit from immediate access to help while the City benefits from prompt injury reporting, thereby reducing delays in claim evaluations and ensuring rapid treatment.

This is one example of how Dr. Sugarman supports employees who have work-related injuries and illnesses. As a result of her leadership, the Police Officers Association and Firefighters Local 798 honored her efforts to expedite effective cancer treatment, with the White Helmet, the highest award a civilian can receive in support of firefighters

Dr. Sugarman has developed services and efficiencies to improve the experience for city and county workers, which has generated $600,000 in cost savings for San Francisco. Her efforts have led to a reduced average cost of indemnity claims, a reduced average number of days to close a claim and a satisfaction score of 4.67 out of 5 for WCD claims management services.

Learn about our other 2020 honorees: