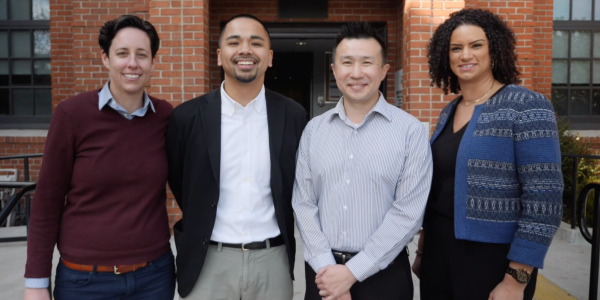 The 2020 San Francisco Good Government Awards, held on March 4, recognized outstanding job performance by those serving the City and County of San Francisco.

With the adoption of AB1811 in June 2018, older adults and persons with disabilities who receive federal Supplemental Security Income (SSI) benefits became eligible for CalFresh nutrition benefits for the first time ever in California. CalFresh, formerly known as Food Stamps, lifts more people out of poverty than any other public safety net program by providing a monthly benefit that can be used to purchase nutritious food, thereby freeing up a portion of low-income recipients’ household budgets to pay for other needs. The average benefit for a single-person household is $139/month – a significant amount, particularly in a high-cost-of-living county.

There were nearly 41,000 SSI recipients in San Francisco eligible to benefit from this state policy change when it went into effect, but the majority of them would not be enrolled automatically; they would have to apply. These newly eligible individuals would almost double the CalFresh caseload, which was approximately 45,000 enrollees prior to the policy change. Moreover, the policy change was announced in July 2018, leaving less than a year to plan before individuals could apply in May 2019. As of October 24, 2019, the Agency had processed CalFresh applications for nearly half of the SSI recipients in San Francisco (49%). 92% of those applications were approved, resulting in access to nutrition benefits for 18,300 seniors and persons with disabilities.

Learn about our other 2020 honorees: