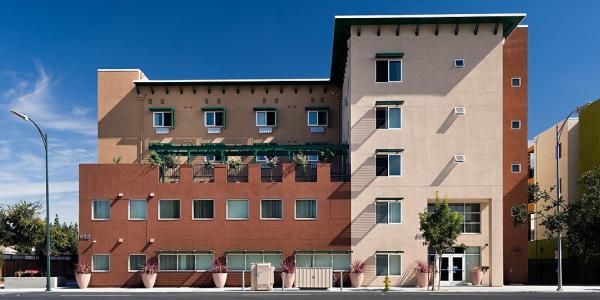 Santa Clara County is now one of the most expensive places to live in the country. The median home price is approaching $1 million, and ever-increasing rents have resulted in displacement pressures and a growing homeless population. As of January 2015, more than 6,500 unhoused people were living in Santa Clara County, including more than 4,500 unsheltered individuals — the fourth largest number in the country.

In November, voters in Santa Clara County have an opportunity to help those who are most in need of housing and improve quality of life for all. Measure A, a $950 million general obligation bond, will support the construction of approximately 4,800 housing units. The measure will fund very low-, low- and moderate-income housing ($200 million), first-time homebuyer assistance ($50 million) and permanent supportive housing ($700 million). The permanent supportive housing will serve people who are extremely low-income (households making up to 50 percent of the area median income, or $55,800 for a four-person household), primarily those with special needs: the formerly homeless, the mentally ill and the disabled.

SPUR is proud to support Measure A. Here’s why:

Measure A makes it possible to build housing for those who are most in need.

This bond will primarily fund permanent supportive housing, which requires a patchwork of funding sources. In order to compete for state and federal sources of funding, projects must show local support. So the funding this bond provides can help local projects access additional funding. Since residents of permanent supportive housing have little to no income and require extensive services, rental income for these developments cannot support a conventional loan, and these projects may require additional subsidy to fill the gap.

There are very few funding sources for this type of housing, and even fewer since California eliminated state redevelopment agencies in 2012. Before the dissolution of redevelopment, Santa Clara County cities had $60 million annually to invest in housing for low- and moderate-income households. Drastic cuts to federal and state housing programs further reduced affordable housing funding in the county; California Housing Partnership Corporation estimates that Santa Clara County’s affordable housing funding has been reduced by $130 million (an 83 percent reduction) since 2008.

The cost to taxpayers is modest.

Property-owners would pay up to $12.66 per $100,000 of assessed property value. For a home valued at $810,000 (the county median home price in 2015), a homeowner would pay an additional $102.55 per year. Since older bonds may be reaching the date when they are retired over the same time period as the housing bonds are issued, the net change in property taxes for property owners may not be increased by the full amount in all years.

This measure could eventually have a net positive effect on the general fund. Destination:Home’s report Home Not Found: The Cost of Homelessness in Silicon Valley, found that the county spends $520 million annually on homelessness, with the highest costs associated with medical services and the justice system. The report also found that providing permanent supportive housing to the heaviest users of county services could result in avoided costs of more than $42,700 for each person who receives and remains in housing. Studies around the country confirm the cost-effectiveness of providing supportive housing to heavy users of public services.

SPUR strongly supports Measure A. We believe it is critical to invest in permanently supportive housing and recognize that the major constraint on affordable housing is the lack of funding. Measure A brings the funding we need to build more affordable housing. For more information about the campaign, visit http://yesonaffordablehousing.org/