A New Pro-Housing Generation Says “Yes In My Back Yard” 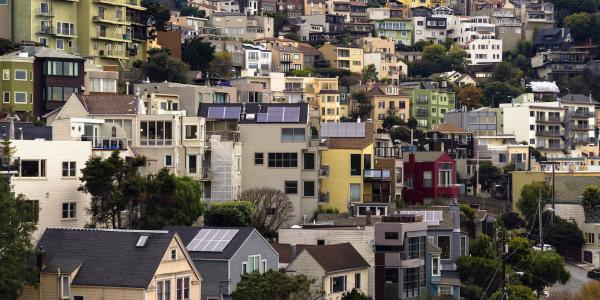 YIMBY. It stands for “Yes In My Back Yard” and it’s a label that’s been jauntily adopted by a growing collection of like-minded urbanists from around the country.

YIMBYs tend to live in cities. And the thing they most want in their backyards is housing.

Last week I traveled to Boulder, Colorado, to attend YIMBY 2016, the first-ever international conference of YIMBYs. Organizers hailed from the Bay Area, Boulder and Seattle, and the participants came from L.A., Portland, Washington D.C., New York City, Dallas, Denver, Minneapolis and Boston — basically a congress of activists living in the most expensive places in the country to rent or buy a home.

Most of the self-proclaimed YIMBYs at the conference identified first as urbanists, integrationists, social justice warriors, environmentalists, transit advocates and parents. What we had in common was the goal of making sustainable, high-opportunity cities accessible to more people by creating more places to live in them.

YIMBYs advocate for abundant housing in sustainable urban places. They know that people who are able to live in high-opportunity zip codes enjoy better lives — location matters for health, earnings potential, mobility and even life expectancy. They know that the best tool to combat climate change is housing our growing populations in dense, walkable cities. They want to make it possible for more people to live in neighborhoods where they have access to good schools and great jobs — where they can walk, bike and take transit, live near great parks and restaurants, and spend time in public with other people, living richer lives while using fewer resources.

The major barrier to this shared vision is the housing shortages that have hit attendees’ cities hard. For decades, the political environments in places like San Francisco, Boulder and Seattle have hindered new development. As a result, we have underbuilt housing, even as more people than ever want to live in our cities, creating a long-term structural imbalance of supply and demand.

The solution? Building more places to live within existing cities and their transit-connected suburbs. YIMBYs are champions of more housing of all types at all income levels. They support policies that speed up the lengthy process to build and local zoning changes to permit greater densities, including legalizing in-law units and offering density bonuses for affordable housing. They frequently turn out to support specific developments and developers advancing good infill projects.

YIMBY puts a positive spin on the NIMBY (Not In My Back Yard) label, which has been in circulation for decades. Some of the original NIMBYs were opposed to developments like power plants and hazardous waste facilities. But in today’s context, where smart growth is a tremendous force for positive transformation, NIMBY more often refers to people opposed to most, if not all, new building in their neighborhoods.

The relationship of “nimbyism” and “yimbyism” is complicated. Both groups tend to be urban activists motivated by love of place and liberal values: choice, inclusion, environmentalism. In places like San Francisco, YIMBYs and NIMBYs agree on about 99 percent of public policy issues. Where they differ often seems more revealing of a generational shift in context than it is of divergent values. A previous generation of urban activists organized to prevent the destruction of urban neighborhoods by corporate greed and government bulldozers. They’re wary of change because they’ve seen change be very bad. But today, in most growing cities, myriad policies safeguard the historic character of older buildings and neighborhoods. Meanwhile, the environmental and economic context has shifted. In the face of rapidly escalating global climate change and the worst inequality in a century, inviting growth into our cities is key to a more sustainable and a more economically just future. Blocking infill development doesn’t stop growth or displacement, it just pushes people elsewhere — often into sprawling, low-density areas where they are isolated from opportunity and forced into a car for every trip they make. Today, creating more room for inclusion in existing cities is a moral imperative.

The Bay Area counts a dozen existing YIMBY groups including SF BARF (Bay Area Renters Federation), perhaps the most well-known of the emerging generation thanks to the hard-hitting style of founder Sonja Trauss. Trauss and the leaders of Grow SF and CaRLA (the spin-off group dedicated to “suing the suburbs”), also based in San Francisco, were the subjects of a New York Times profile earlier this spring that became a consciousness-raising piece for the movement across the country.

Across the Bay, Livable Berkeley, around since 2003, has of late escalated its advocacy for greater upzoning and new housing downtown, and a newly formed group, East Bay Forward, has formed to bring out the pro-density, pro-housing voices at public hearings in Berkeley and Oakland. The cities on the Peninsula that make up Silicon Valley have seen the emergence of Peninsula Forward, an incubator and supporter of YIMBY groups active in seven different cities.

The organizations are as diverse as their founders and contexts. SFBARF is focused on streamlining the approval and construction of proposed housing in San Francisco. Imagine Menlo, which is putting its energy into a new general plan, is interested in housing, more office and retail space and better transit. Some YIMBYs are diving right into electoral politics. One of the attendees of YIMBY 2016, Ben Gould, is running for mayor of Berkeley.

What is remarkably the same across many YIMBY groups is their appetite for local politics. They have studied their history, they are learning their cities’ coalition dynamics, and they are diving deep into the details of legislation and the grunt-work of old-school organizing. There is a robust YIMBY conversation on social media (check out #YIMBY on Twitter), but there is also an impressive amount of boots-on-the-ground canvassing, flyer-making, list-building and phone banking. They are showing up in person — at city halls, at their neighborhood associations and democratic clubs — and their groups are growing in members, funding and allies.

Groups like SPUR, which have been working for decades on policies to make housing more affordable, have received an injection of energy from the activists organizing in local YIMBY groups. They are like-minded partners that share a common goal: abundant housing in cities.

Changing the Conversation in Our Cities

The growth of a new, visible and active pro-housing constituency could change the coalition dynamics that influence local decisions around development.

The YIMBY frame is already changing the nature of the discussion happening in cities around housing. Simply by showing up, YIMBYs are giving voice to people who have often been missing from conversations about development: young people, people who can’t afford to live in the city but would like to, people who are troubled by the pitting of one population against the other by virtue of an artificially maintained housing shortage. Their tenor is forward-looking and optimistic. The names of their groups — which all include some variation on the words forward, livable, grow, better, emerge, abundant —reflect a broad-mindedness, an attunement to the emotions embedded in the language we use to talk about housing, and, vitally, a belief that the future can be better than what we have now. YIMBYs know cities change, and that excites them. They are willing to imagine a better future. As Progress Noe Valley, the newly formed YIMBY group from one of San Francisco’s most desirable neighborhoods, states: “Just because the neighborhood is already awesome doesn’t mean it can’t get even better.”

The grassroots push for growth is something cities haven’t seen before. The YIMBY uprising is smart, energetic and just getting started. Many of the folks at the conference were just a handful of months into organizing. Several were the only member of their club, and almost none had met before. Now they have. The movement is underway. We are excited to see where it will go.