Why California Accidentally Encouraged Driving, and How That's About to Change 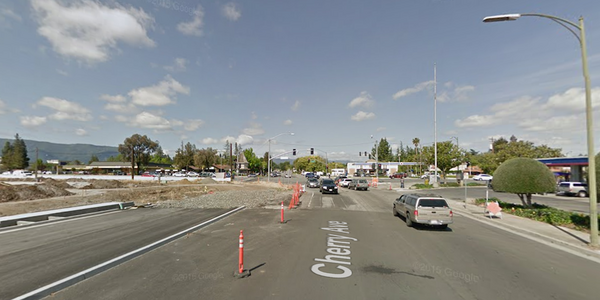 Measuring the flow of traffic to assess the environmental impact of new development has ironically led to road-widening projects on streets like San Jose's Cherry Avenue, shown under construction in 2015. Image courtesy Google Maps

Like many California cities, San Jose plans to become a model of an environmentally sustainable and healthy city, with streets designed “for people, not just cars.” The city’s general plan has set goals to cut the rate of people driving alone by nearly half, while quadrupling the percentage of trips taken on transit and increasing biking and walking rates nearly eightfold — all by 2040. SPUR called the plan “a model for historically suburban cities looking to transform to an urban future.”

San Jose has already started to implement parts of the plan, but it’s being held back from its environmentally friendly aspirations in important ways by, of all things, the California Environmental Quality Act (CEQA). Over the last four decades, one of CEQA’s most influential elements — a regulatory requirement to study and alleviate the impact new development has on traffic at intersections — has been one of the biggest forces in widening roads near new developments.

One of San Jose’s newest shopping centers — approved in 2012, the same year as the city’s general plan — provides an all-too-familiar example of the requirement’s influence. To mitigate projected traffic and assuage community concerns, the developers of Almaden Ranch committed to widening several roads near the project. Today, the environment around the shopping center provides a strong inducement to drive there. A trip to Almaden Ranch on foot could end with an arduous (and dangerous) walk across the 12 lanes of busy Almaden Expressway and the six lanes of newly widened Cherry Avenue. Any hope of evolving the area to reflect San Jose’s grand vision was delayed for at least a generation.

In little more than two years, California will finally end this most insidious element of CEQA. The state’s Office of Planning and Research is working on new guidance that would change the way environmental review plays out locally, so that it stops considering traffic congestion environmentally harmful.

Fixing the wide gulf between cities’ stated planning visions and the reality of what can get built under CEQA will be one of the most important benefits of a few lines buried deep in Senate Bill 743, signed by Governor Jerry Brown in September 2013. The law mandated that the state update its CEQA guidance so that existing measures of car capacity or traffic congestion not be considered a significant impact on the environment.

The Office of Planning and Research recently released its second draft of the new guidance to cities and implementing agencies, who will need to update local CEQA practices within two years of final approval. The new guidelines should go before the State Natural Resources Agency board for final signoff by the end of 2016.

In the latest draft, the state recommended that cities replace the most popular measure of auto congestion, level of service (LOS), with vehicle miles traveled (VMT) per capita, which measures the average length of the car trips a given development is expected to generate, based on the project’s characteristics and setting. The new guidance also applies to transportation projects. Those that are expected to replace car trips with travel by more environmentally friendly modes like bikes or transit will be deemed environmentally sound, while those that encourage more driving, like new lanes on freeways, will be evaluated for how much harm they cause.

Mitigations — the patches that project sponsors are asked to put in place to counteract any harmful environmental impacts — will be more likely to reduce car travel than increase it, as LOS mitigations tend to do.

LOS came into wide use in the 1970s and 80s, an era in which traffic engineers dominated transportation planning. Among its ironic consequences: Places with the worst-rated intersections tend to be our most vibrant neighborhood commercial strips and urban centers — the kinds of places economists might actually give high marks. LOS also tends to focus on traffic conditions during the most congested periods of the day, forcing roads to be built to handle congestion that might only happen for 15 or 30 minutes during rush hour. Economists might call all of that excess capacity economic waste. 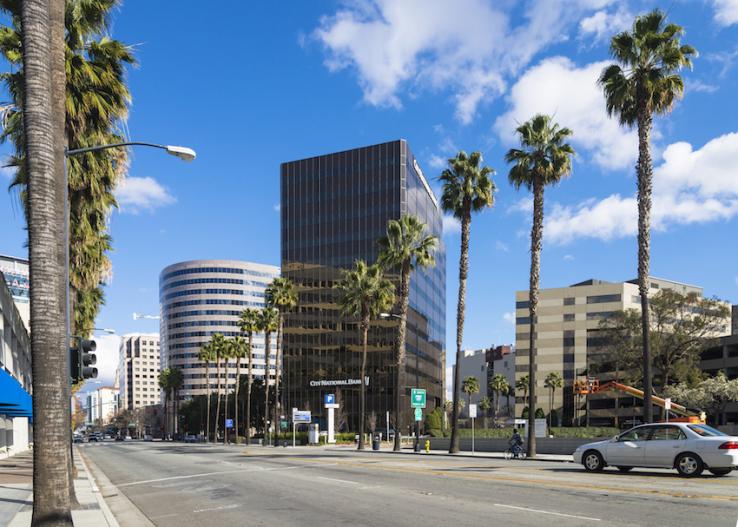 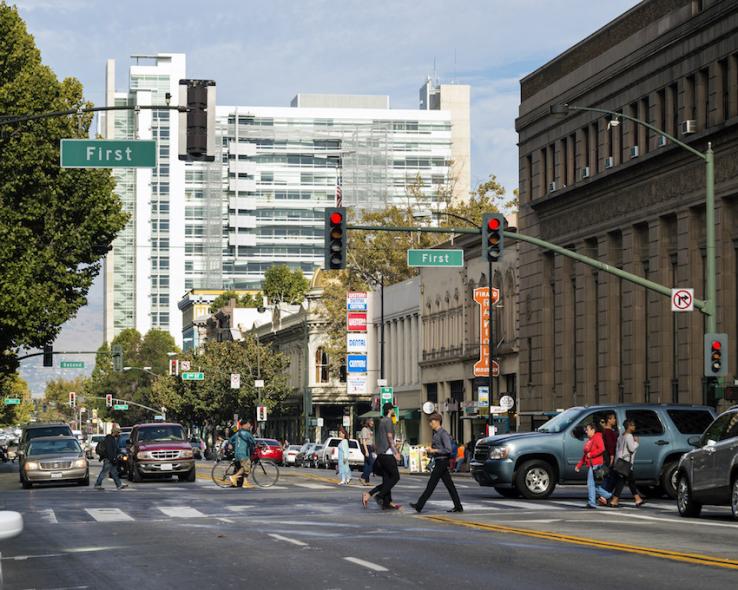 The kinds of roads that get high marks for level of service often make unpleasant and unsafe places for walking and biking (top). Meanwhile, streets that might earn a D or F for level of service are some of our most dynamic, walkable, and people-friendly places (bottom). Photos by Sergio Ruiz for SPUR

As implemented under CEQA, LOS has caused a number of other problems:

The last ones in are the ones who pay. The developments held accountable for poor LOS scores under CEQA are those that push congestion over a certain threshold, usually downgrading a given intersection’s LOS to the lowest scores. These projects often must spend millions of dollars to fix problems they are only responsible for a small share of, while all of the projects that preceded them get off scot-free.

The analysis scale is too small. To keep traffic studies manageable, guidelines often only require developers to analyze congestion at a limited number of intersections near their projects. That ignores the fact that we live in regional economies, in which many people travel far beyond the limits of the cities where they live for work, shopping and other regular activities.

It focuses on the movement of vehicles, not people. The way auto LOS is typically measured treats delay to a single car with one person in it the same as delay to a bus with 40 people on it.

People who aren’t driving are considered impediments to car movement. To deal with the delays pedestrians cause through their need to cross the street safely and comfortably, mitigations have been known to reduce the timeframe in which pedestrians are allowed to cross or, worse, force them to climb stairs and cross on a bridge to avoid getting in the way of traffic flows.

Relying on LOS reinforces the problem it was intended to solve. Mitigations in response to projected traffic issues often create a self-fulfilling prophecy. Widening roads and intersections makes it more difficult to walk, bike or take transit — and easier to drive. This in turn yields more cars and more congestion, trapping cities in an endless cycle of road-widening projects. In some cases, LOS actually prevents infill development — which means it can push development activity to the unspoiled fringes of an urban area. These “exurban” projects are not only far more likely to harm habitats and cause other kinds of environmental damage, they’re also outsize contributors to regional congestion, as residents are forced to rely on their cars for longer trips to work and other destinations.

The tools we use to calculate LOS are far from perfect. Traffic models have become more sophisticated over the years, but as with models of any kind that attempt to predict human behavior, their results still represent best guesses. They rely on a series of assumptions about how people will travel, often many years in the future.

There are three principal reasons why vehicle miles traveled per capita is a far superior metric for environmental analysis:

Of course, cities are not required to only use VMT, nor are they required to use VMT at all. The state leaves cities significant latitude to define local environmental impact criteria and analysis procedures, and cities should take this opportunity to consider not only what types of transportation outcomes they want to measure under CEQA, but how they might change their transportation impact analysis processes more broadly.

The cities that have updated their transportation analysis procedures to date have done just that. Pasadena, which implemented new guidelines in November 2014, requires that projects analyze five different metrics under CEQA. San Francisco, which updated its CEQA guidelines in March, has tied that update to changes in the transportation impact fee program it passed last year and to a new transportation demand management ordinance that the Board of Supervisors will consider in the coming months.

The wide latitude may be daunting to some cities. But it holds the potential to allow cities to avoid the misalignment between visionary planning goals and development reality that San Jose and so many other California cities have faced for years.

Joshua Karlin-Resnick is a transportation planner at Nelson\Nygaard where he specializes in understanding the impact of development on the transportation system.