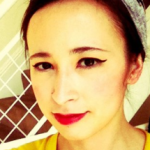 Kim-Mai Cutler is an operating partner at Initialized Capital, an early-stage venture fund with $160 million under management. The firm are early investors in Coinbase, Cruise, Flexport and other companies. Previously, she was a technology and financial journalist working for TechCrunch, Bloomberg and the WSJ, where she wrote about the intersection of public policy issues in the Bay Area and the technology industry. A third generation Bay Area native, she started writing long-form about urban planning and housing issues back in 2014 when rents and evictions were shooting upwards in the face of another tech boom. She has lived on every side of the Bay except for Marin County.