Adaptive reuse breathes new life in to structures that may have outlived their original purpose, but will never outlive their charm.

The expansion of SPUR to Oakland was my excuse to grab my camera and head out to explore the area, my procrastination taking a back seat to a long awaited winter walk of this fascinating city. Historic buildings have always left me with a sense of admiration and I love thinking of how each architect and builder endlessly pondered over details to create a masterpiece that would leave a mark on today’s streets. I was lucky enough to learn the stories behind these historic buildings from a pair of dedicated professionals: John Protopappas, president and CEO of Madison Park Financial and Rachel Flynn, director of the Oakland Planning Department. In our discussions, we agreed there was a cultural, social and environmental responsibility to maintain and celebrate historic architecture. I’m pleased to share some of my Oakland discoveries on these pages.

The Art Deco Paramount Theater was built in 1931 by Timothy L. Pflueger. Like the Fox, it had a long history of decay and neglect. Its re-emergence was the result of the creative work of numerous artists and the efforts of Oakland’s East Bay Symphony, which completed restoration in 1973. The Paramount regularly holds music concerts, variety shows, theater and movies.

Originally built in 1913 in the traditional Beaux-Arts style, the Packard Lofts building was in use as an automobile dealership but now contains 24 live/work units with Two Jack’s Denim and the Sweet Bar Bakery on the ground floor. The building is a great facilitator of “eyes on the street” and greatly contributes to the livelihood of Broadway. 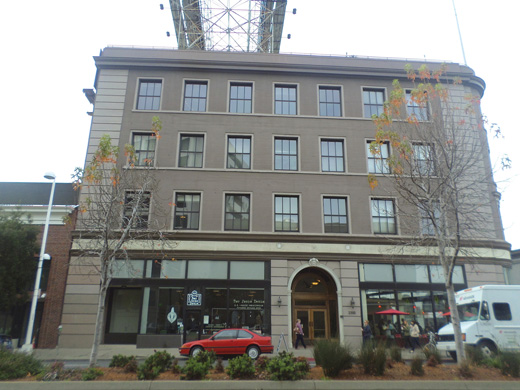 Designed in 1919 by architect William Knowles, this building on 16th Street once served as headquarters for the offices of the East Bay Water Company before becoming HQ for Girls Inc. The 34,000 square feet Gothic revival structure with terra cotta detailing now houses a non-profit committed to inspiring girls with knowledge, information and confidence. 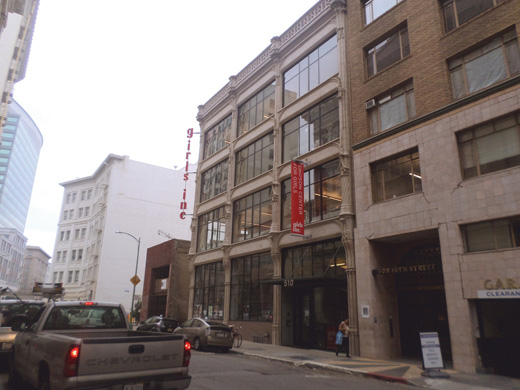 The original Sears & Roebuck was built in 1929 before being converted into the Telegraph Lofts in 2002. The building contains a great range of uses, including 54 live/work units, 11,000 square feet of retail and 28,000 square feet of self-storage space. Vacant prior to redevelopment, this building highlights the importance of rethinking abandoned structures. 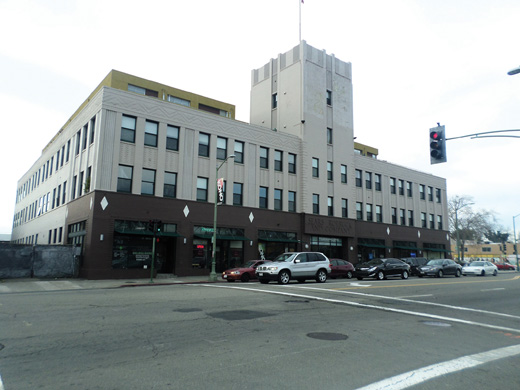 A building with a long history of neglect and decay, the Fox originally opened in 1928 but closed in 1966 when the development of suburban malls provided an alternative attraction, pushing people away from the centers of cities. The terra cotta structure survived arson in 1973, then reopened in 2009 as a 2,800-seat concert hall, signifying the importance of the performing arts to the vitality of downtown Oakland. The Fox forces the question: Is adaptive reuse the turbulent history of a building through time or the complete transformation from one use to another? Perhaps a little of both… 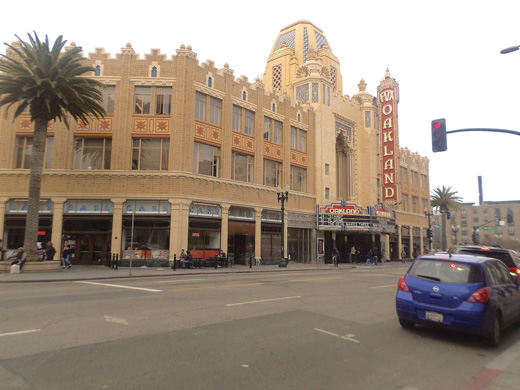 Originally built in 1906, the 5th Street Lofts building in West Oakland operated as a warehouse before it was transformed into 27 live/work units in 1985. 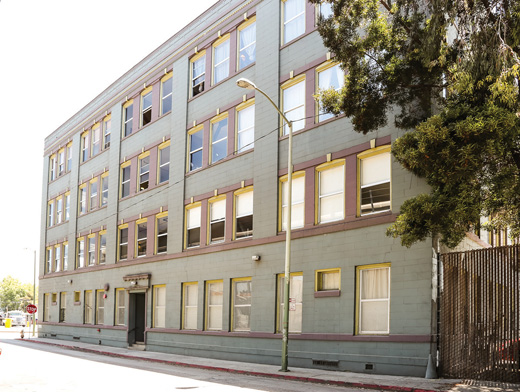 Paramount by Euaun Rannachan and Ron Essex; 5th Street by Simon Chen. All other photos by Zoe Hatziantoniou.