From the late 1800s to the early 1900s, wealthy businessman Andrew Carnegie dedicated millions of dollars to building libraries throughout the world. In 1901, San Francisco received $750,000 of these funds, leading to the creation of seven branch libraries over the next 20 years.

Nestled within San Francisco’s neighborhoods, the Carnegie branches are elegant but never ostentatious. This was by design, as Carnegie stipulated that his libraries should be straightforward, single-story buildings that emphasized function over form. This sometimes led to tense planning discussions with hired architects, whose grander visions were not always what Carnegie’s associates had in mind! Reluctant compromises emerged in final designs that balanced practical requirements for shelving space and reading areas with quietly graceful exteriors.
Today, the libraries are thriving thanks to the Branch Library Improvement Program, which kicked off with a first round of retrofits and renovations in 2000 and is now nearing completion. The program incorporates eco-friendly methods (often using locally sourced, recycled or renewable resources) and has provided new neighborhood meeting and studying spaces for patrons.
As part of a series on the website Untapped SF, I’ve been exploring the Carnegie libraries — learning about their collective histories while appreciating how the individual branches reflect San Francisco’s unique communities. Some highlights so far include the Mission, Golden Gate Valley, Presidio, Richmond and Noe Valley branches.

[A] The Mission branch 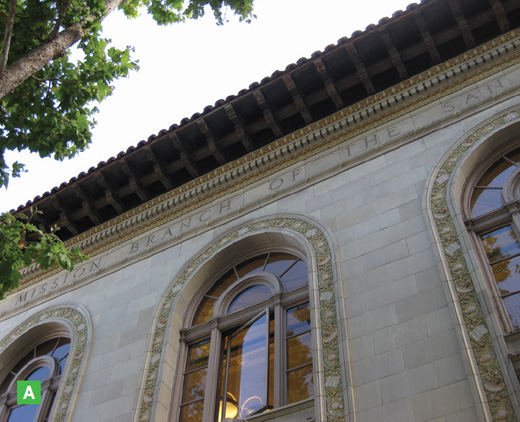 The first local library in San Francisco, the Mission branch opened after a long struggle for funding. After many years of campaigning for a higher budget, library advocates made some headway in 1888, when the city’s annual library report grudgingly thanked the Board of Supervisors for the small increase in funds: “This amount, though too meagre for all our necessities, is still so gratifying that we have been emboldened to set up a Branch Reading Room and Library near Mission and Twenty-second streets.” The Mission branch opened in a rented building later that year, and even survived the 1906 earthquake. Library advocates kept up the fight for a more substantial local branch, and in 1916, thanks to the Carnegie funds, the library moved to its new two-story building at Bartlett and 24th. 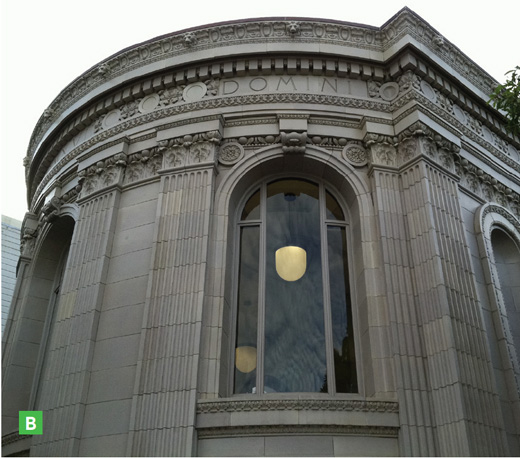 Located in Cow Hollow, the Golden Gate Valley library originally opened in 1918 as the ninth branch in the San Francisco public library system. Designed by English architect Ernest Coxhead, its elegantly curved structure is unique among the Carnegie branches. Meant to invoke a Roman basilica, the design was initially dismissed by Carnegie’s associates as impractical, but today it is considered one of the most beautiful of the branch libraries. The recent Golden Gate Valley renovation included solar panels and the all-important seismic retrofitting, which should allow this almost-century-old building to serve patrons for years to come. 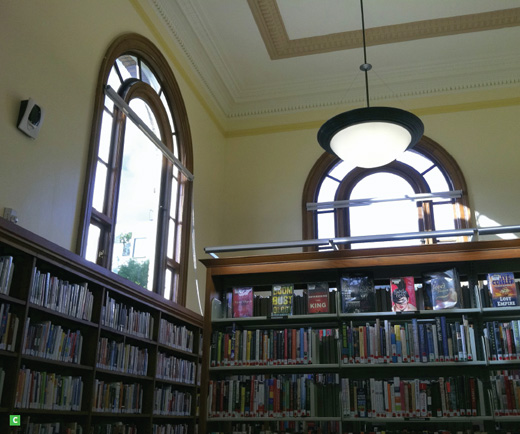 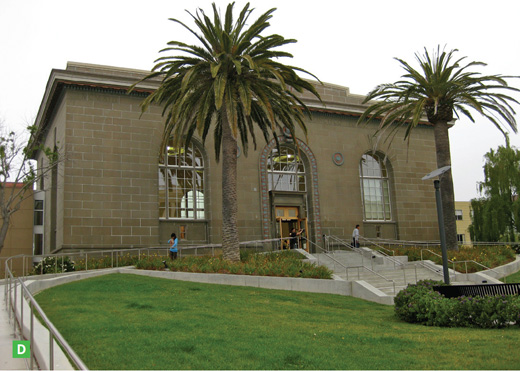 While not exactly what you’d expect in this foggy part of the city, it’s the palm trees that give the impeccably landscaped Richmond library a sunny feel. Originally established in 1892, the Richmond branch moved to its Ninth Avenue location in 1914 after receiving Carnegie branch funds. The recently renovated building reflects the neighborhood’s rich multicultural history: Its reopening ceremony in 2009 featured lion dancers (and a typographic bike rack), and there is dedicated shelf space for large collections of Russian and Chinese books. Each informational sign in the library is translated into the three primary languages of its patrons. 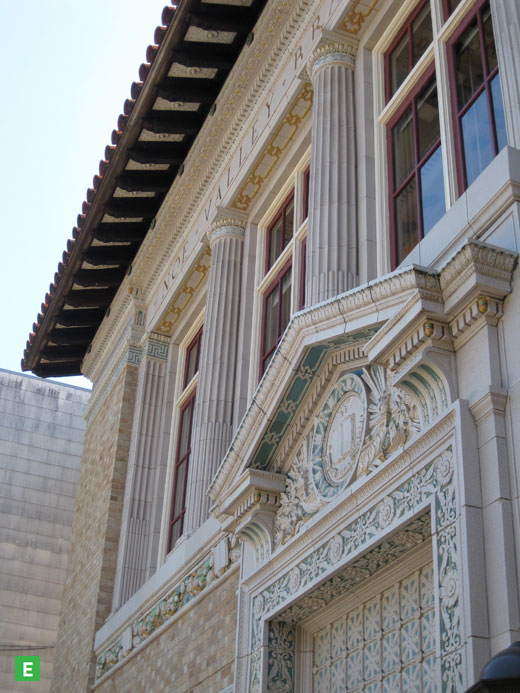 You’ll find the Noe Valley branch on a quiet residential street, framed by the classic Edwardian houses the neighborhood is known for. Designed in 1916 and renovated in 2008, the Noe branch was twice threatened with closure in the 1980s but was saved thanks to the efforts of Sally Brunn, a Noe Valley resident and lifetime library advocate. Brunn led the charge to keep the library open and raise additional money for improvements. After she died in 1991, the library was officially renamed the Noe Valley/Sally Brunn Branch Library.

Alison Miller lives in San Francisco and works as a product manager in Silicon Valley. While not at her day job or exploring the city, Ali moonlights as a violinist in the Oakland East Bay Symphony.