A group clad in backpacks isn’t an unusual sight in San Francisco. One would probably assume they were tourists, maybe “drifters.” But what if these backpackers lived here? What if they were actually going camping?

In June my friends and I embarked on an adventure I dubbed "Urban Backpacking." We “hiked” from our apartments to meet in Alamo Square Park, wove our way to the Panhandle to pick up more of the group, then continued up Arguello to enter the Presidio, where we camped overnight — legally! — at the Rob Hill Campground. The next day we explored the Presidio further before heading home.

The Presidio is one of the only urban National Parks in the country. Although it’s most recognizable for its historic military buildings, I was more attracted to the Presidio’s non-built environment, in an effort to understand the natural roots of the city. I was surprised to learn that not everything growing in the Presidio had always been there. The planting of trees not native to the ecosystem, such as the iconic Monterey cypresses and pines, has been detrimental to some species.

Camping (intentionally) within city limits is unusual. And unusualness was our point. Like many San Franciscans, we take great pride in our creative, often quirky interactions with the city. And as Bay Areans, recreating in our natural surroundings — from picnicking in urban parks to taking in the views atop Mounts Diablo and Tamalpais — is an integral part of life. The Presidio presents an opportunity for a hike (or Urban Backpack) which starts and ends at your doorstep; this convenience and charm seems hard to resist. 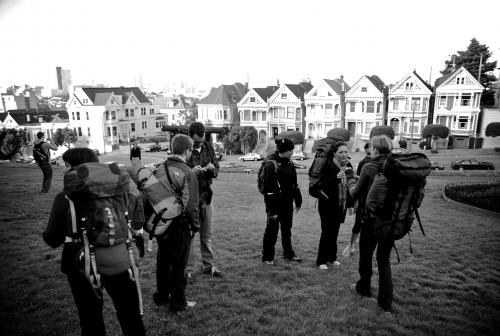 1. Beginning in Alamo Square Park. Eager for attention, we couldn’t resist starting in front of the popular painted ladies. Three separate groups asked where we were from. All three seemed confused by our “expedition.” 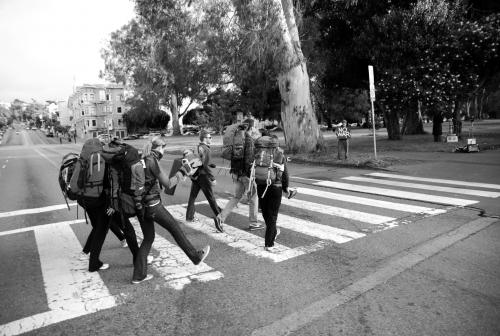 2. Crossing Masonic. Sticking out the least in the Panhandle, where many tourists of the Haight also sport backpacks. 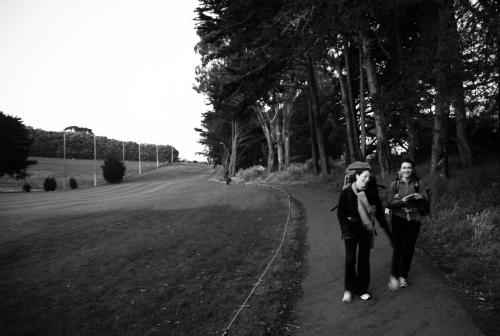 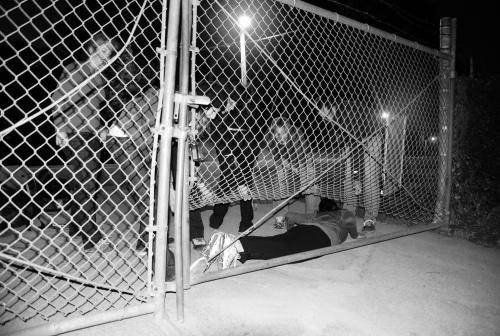 3a and 3b. Trapped in the golf course. After entering through the Arguello gate, I led the charge through my least favorite part of the Presidio: the golf course. When we attempted to exit the other side, we discovered we had been locked in and needed to hop fences in order to break out. How urban. 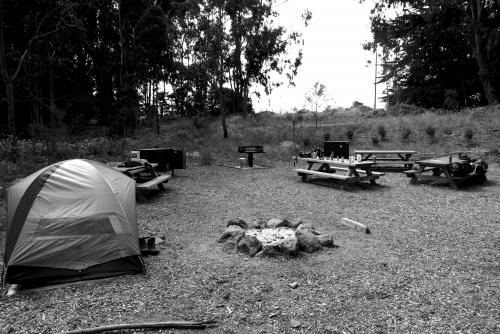 4. Camping at Rob Hill. Our campsite, the morning after. Managed by the Presidio Trust, the Rob Hill Campground is the highest point in the Presidio. It was, surprisingly, not gusty or freezing, and well-protected by shrubs and trees. 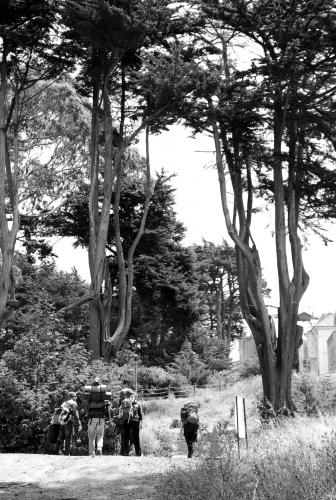 5. Tree-lined borders. In the 1880s approximately 400,000 trees were planted as a means of visual fortification around the edges of the park, clearing much of the native vegetation. 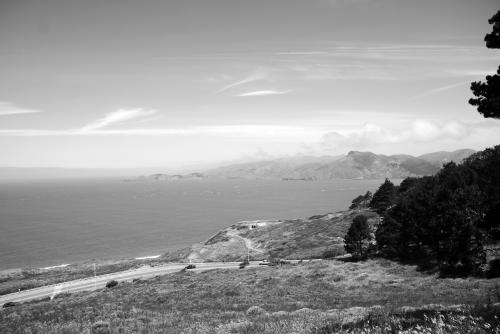 6. Native San Francisco. Coastal bluffs harbor the majority of the native plant habitats. Restoration efforts — such as that of the lessingia germanorum, a flowering plant in the daisy family on the state and federal endangered species list — provide a glimpse of the region’s ecological past. Information about many of these habitats is available along the network of trails within the park.