San Jose and San Francisco at a Glance

Each spring, SPUR takes an annual city trip to learn about urbanist strategies that are working — or not working — in other cities around the world. This year we turned our lense to our own region and hopped on a Caltrain baby bullet to San Jose. With a population of about one million, San Jose is now the largest city in Northern California. In a generation it could have twice the population of San Francisco.

Here's a look at the differences and similiarities today between the populations of San Jose and San Franicsco. 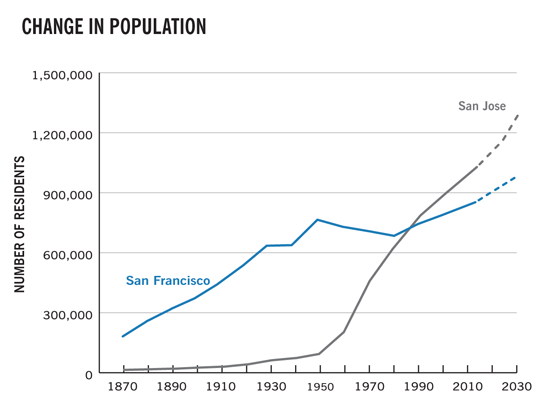 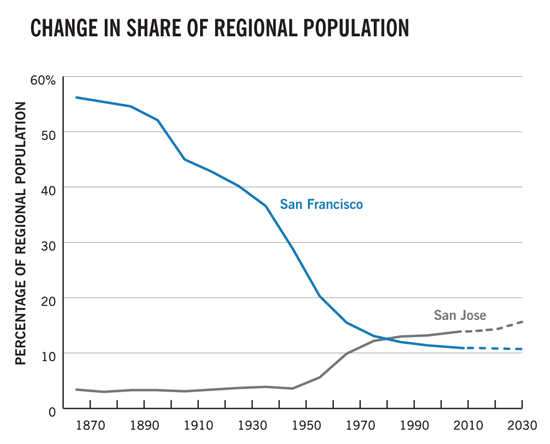 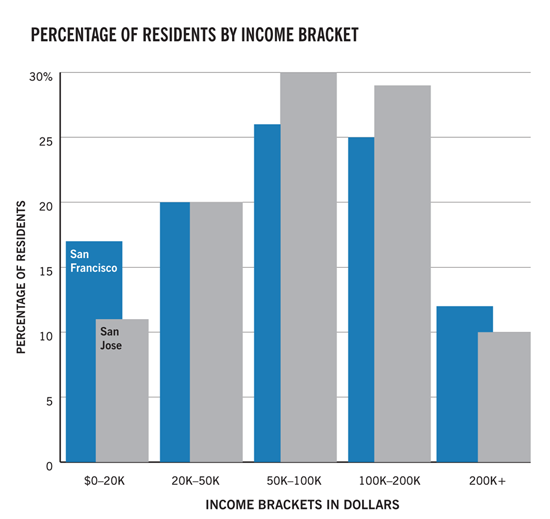 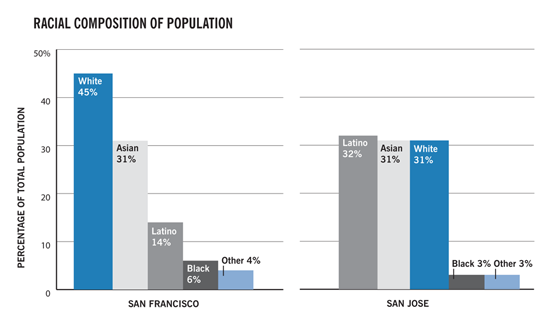 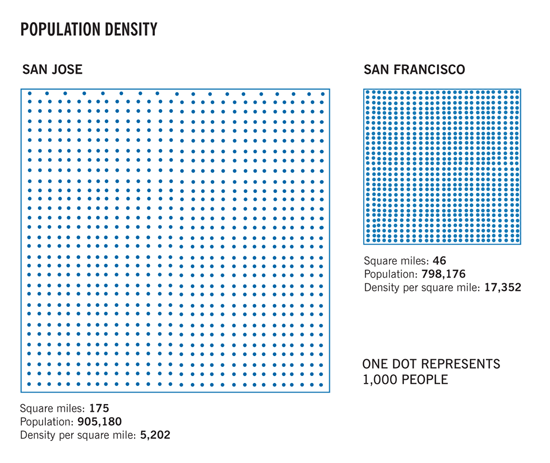