A function of any city is to provide safety and the defense of residents while they shop and trade, even while they sleep, It's a way of circling the wagons, from Leonardo's fortified town walls to Beijing's Imperial City walls to today's post-9/11 terrorist barricades. Investments in military structures can, sometimes, benefit our cities. Those projects are often converted for purposes other than defense, decades or even centuries later. Consider that landscaped moat, the handsome fortified wall surrounding Lucca in Tuscany, like thousands of other medieval Asian and European towns. No longer useful militarily, these fortifications now provide parks, open space, overlooks, and sometimes a boundary controlling city sprawl. Like Crissy Field! Massive U.S. tax dollars are presently fortifying our cities, and are particularly evident in Washington D.C. By 2005, $180 million had been spent fortifying the National Mall alone, with another $2.75 billion approved in 2009 for other Homeland Security projects nationwide.

As SPUR and other organizations seek wise government spending, we will look for homeland security projects that combine city defense infrastructure with urban beautification. Along with new terrorist barricades, we look to increase the long-term, secondary benefits from the billions of dollars to be spent. 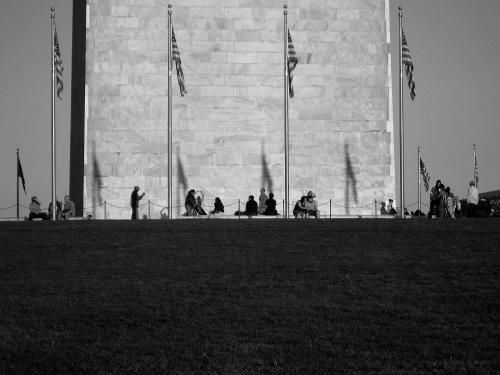 1. Washington Monument. A cleverly designed high berm in the center of the National Mall protects the base of the monument while disguising new visitor facilities. The massive stonework itself provides an obvious deterrent to attackers. 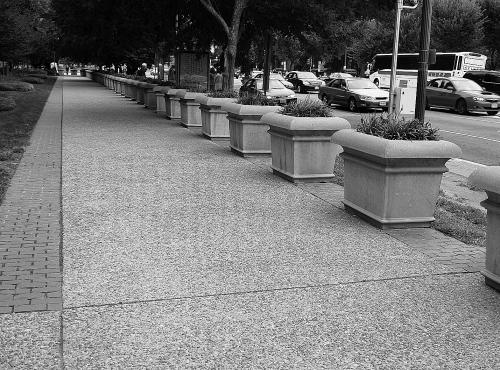 2. Public walkways. Literally miles of heavy planters have been installed that attempt to combine defense with urban beautification. These fortifications broaden zones around buildings meant to arrest the truck bomber and distance other vehicular attack. 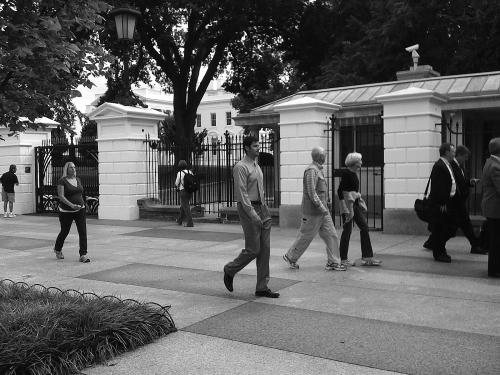 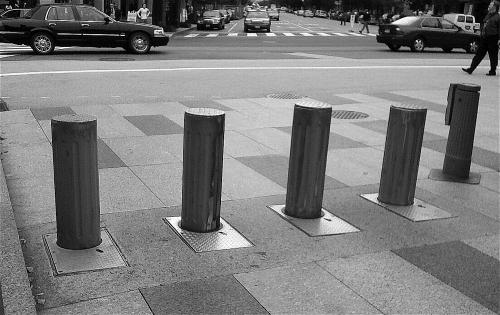 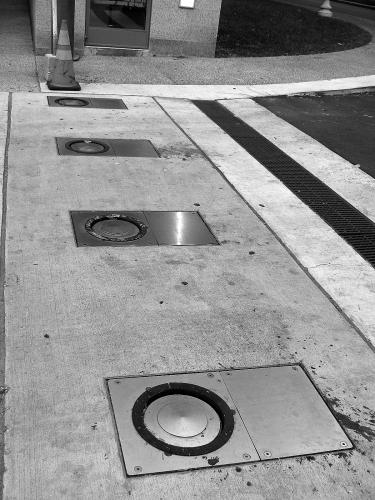 4a. and 4b. White House. A piston-bollard truck barricade, erect, left, and retracted. The deeply set pistons are operated by remote control from guard shacks and in some cases by remotes in authorized vehicles. 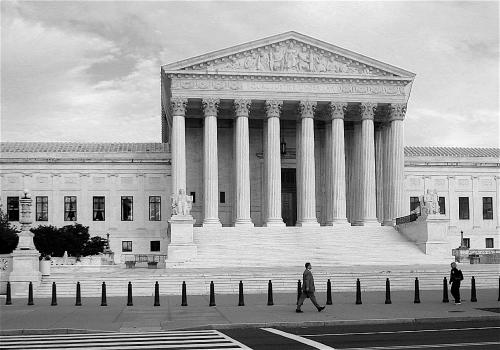 5. U.S. Supreme Court. A simple row of iron bollards protects our highest court, imposing only a slight barrier when compared with heavier vehicular fortifications across the street at the Capitol. 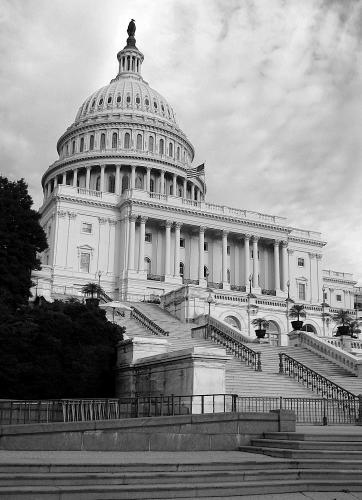 6. U.S. Capitol. The steep slope of Capitol Hill provides a rampart of stairs for defense of the Capitol's west side, facing the National Mall. 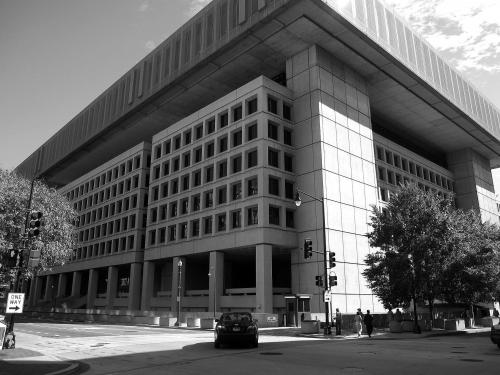 7. J. Edgar Hoover Building. "Fortress FBI," a questionable monument to maintaining a safe distance from the "dangerous" public, is to be torn down. Its castle-moat severs the building frontage from its four sidewalks around an entire city block. The massive cornice formed by two upper floors is currently wrapped in protective netting to catch falling debris. 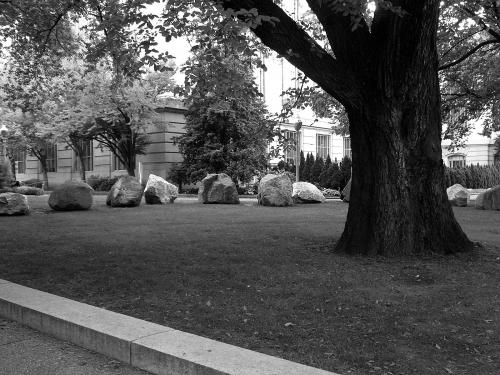 8. National Museum of Natural History. Specimen boulders from regional U.S. quarries have been placed to create the required ring of truck-bomber protection. The variety of stone displayed and unusual scale of the boulders somewhat disguises their defensive role.

Photo Credit: All photos by the author.

Architect Rod Freebairn-Smith has practiced in the U.S. and abroad for over forty years. He has taught urban design at MIT, U.C. Berkeley, and Stanford, among others. For 11 years he was a San Francisco City Commissioner for Civic Design. He currently serves on SPUR's Advisory Council.