For the first several years I lived in the Bay Area, most of what I knew about Oakland was gleaned from glimpses out the window during my daily BART flyover from the far-East Bay. But in recent months I've had a chance to explore Oakland's downtown on foot. The city center has a very different urban vibe than San Francisco, and though the topography is less, shall we say, eccentric and picturesque (meaning, flatter and sunnier), the unexpected pleasures are many.

Not the least of these is a trove of splendid Art Deco buildings that date from one of the city's economic upturns in the 1920s. This period of building in the area north of 14th and Broadway followed another shift of the city center as it continued to creep north from its original location close to the harbor channel. Upturns never last, though, and Oakland has been repeatedly hit by harder times. Most recently, and in succession, the 1989 earthquake, the dot-com crash, and our current recession/depression have left many of these architectural treasures in a precarious state. Some of the buildings have sat empty for decades, some have narrowly escaped demolition, others have been restored only to languish again as they await paying tenants.

But most agreeable to the architectural tourist is that they don't appear to be at all anomalous in the neighborhood. There seem to be as many buildings with small Art Deco gestures — entrances, friezes, window detailing — as there are full-fledged examples of the style, and whether occupied or not, they are all camera-worthy. 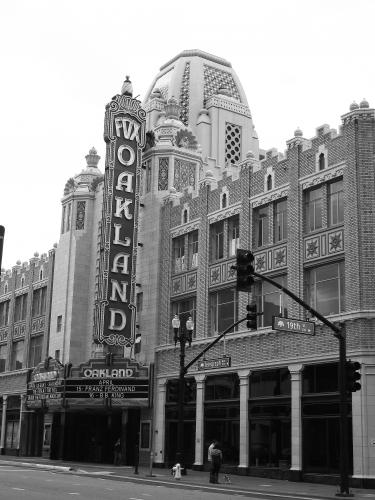 1. Fox Oakland Theater, 1928. This Weeks & Day design was originally to be called the "Bagdad," with its Hollywood-style mix of vaguely Indian, Moorish and Medieval designs. The restoration, planned for the theater's 80th anniversary in 2008, was finally completed this year. 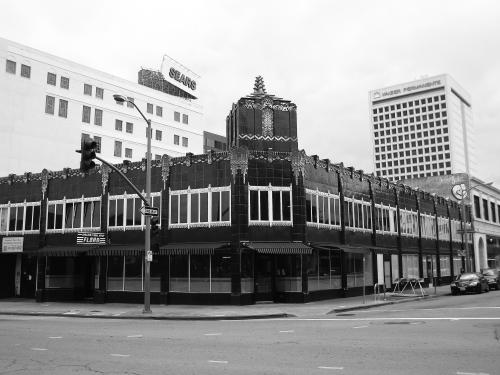 2. Oakland Floral Depot, 1931. Cobalt blue terra cotta tiles and a waterfall motif distinguish this extraordinary design by Albert J. Evers. It was nearly destroyed in the early '80s before finally being assigned to the National Register of Historic Places. 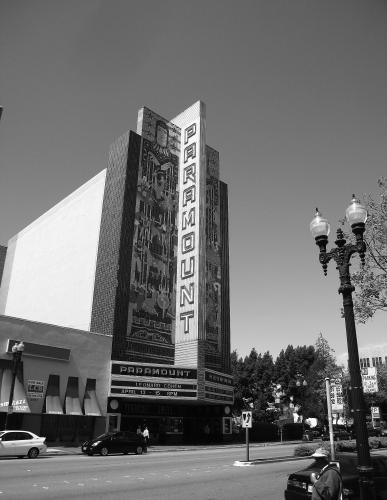 3. Paramount Theatre, 1931. Among Timothy Pflueger's most celebrated designs in the Bay Area, the theater, which became a National Historic Landmark in 1977, boasts a 110-foot tile mosaic on the exterior and an original "four-manual, twenty-rank" Wurlitzer organ inside. 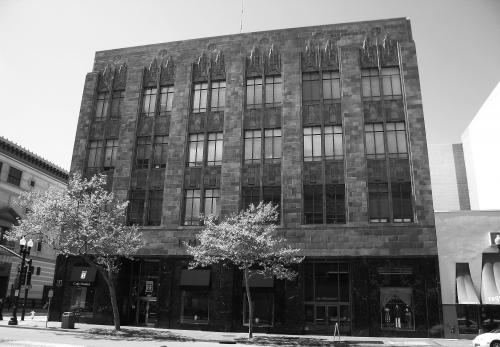 4. I. Magnin & Co., 1931. Designed by Weeks & Day, its elegant, emerald green terra cotta and serpentine stone façade recalls the days when our mothers (or grandmothers) would don their gloves for a shopping outing. Closed in 1995 and restored in 2001, it had to endure a seismic retrofit and the dot-com bust before finally seeing new retail tenants. 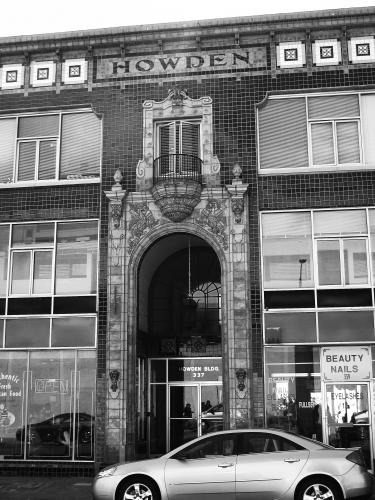 5. Howden Building, 1925. Designed by McWethy & Greenleaf, this building, with its spectacular entrance and unusual orange and black exterior, served as both showroom and showcase for the Howden Tile Co. It became a City of Oakland landmark in 1984. 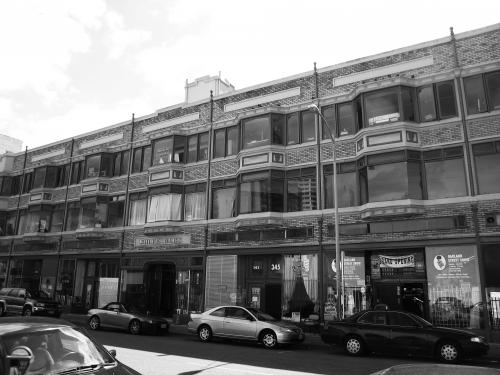 6. White Building, 1924. A City of Oakland landmark since 1985, the undulating strip windows of this building speak to the core impulses — seemingly contradictory — of the Art Deco aesthetic: modernist forms combined with exotic, often Eastern-influenced ornamentation. 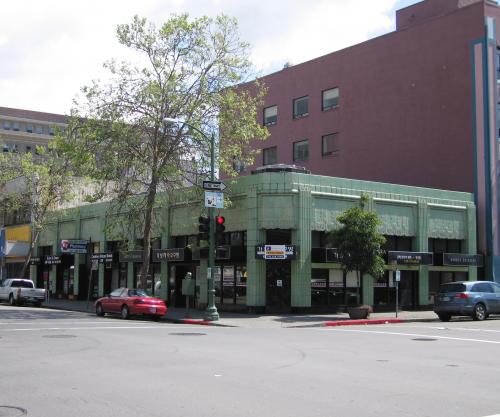 7. 347 14th St. It's not a named building with a name architect, just a set of ordinary storefronts with extraordinary (seafoam green!) architecture. The corner-anchoring restaurant space is for lease.

Photo Credit: All photos by the author.

Ruth Keffer is a freelance curator and design writer, and editor of SPUR's Urban Field Notes.