They're small and individual in character — dare I say lovable? — like single-family houses. And yet they shelter several families under one roof: maybe two, three, six or some other small number. Lots of cities have single-family houses that have been split up into apartments, but San Francisco's wooden multifamily houses were designed to have multiple units from the start.

When is the last time you saw a new subdivision made up of these kinds of homes? They occupy a nice sweet spot between the low density of single-family houses and the anonymity of large apartment buildings with their corridors, elevators, and stairwells. Is this form of housing, which we haven't built in large quantities in decades, worth reviving in the Bay Area as its suburban areas get denser? Could we dust off this idea for a new/old American Dream?

All daydreaming aside, small wooden multifamily houses built decades ago soldier on as a beloved fixture in our city, from the Ingleside to North Beach and a whole lot of points in between. I think they are unsung heroes in making San Francisco feel like San Francisco. Here are seven reasons why. 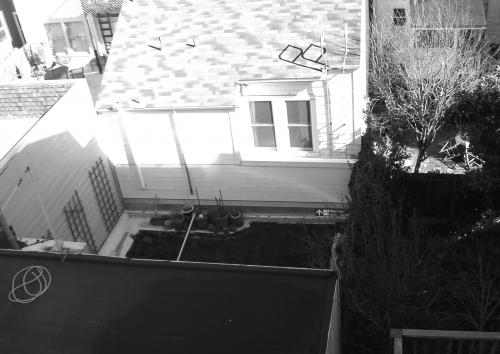 1. A little patch of earth. There's just something about having daily access to a secluded yard, even if it's shared with one, two, or five neighbors from your building. You can grow some vegetables, let the kiddies run free, or just look at it. 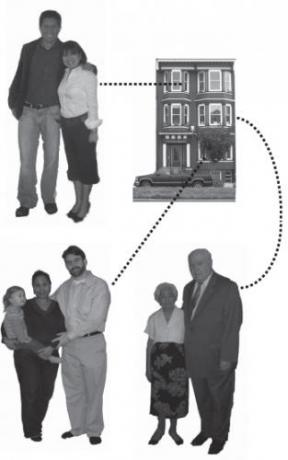 2. A whole community in one little house. Enrique and Clarissa own the house and live in the top apartment. Clarissa's parents, Mr. and Mrs. Velilla, help out with the mortgage and live in the second-floor flat. They're spry and they don't mind the stairs. Lana and Simone and their daughter Yvonne rent the ground-floor apartment. If they need something from their landlords — whether a dishwasher repair or a stick of butter — they just walk up two flights and knock. 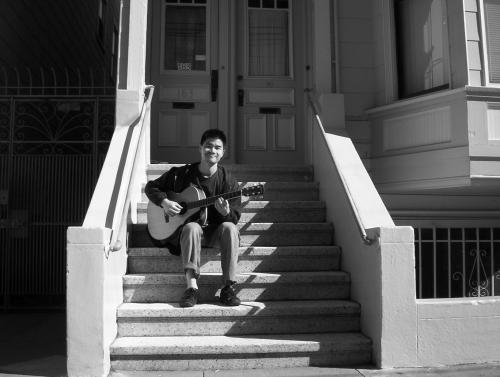 3. A front door to call your own, and a stoop to share (just a little). It would probably feel strange to play guitar outside if the stoop were shared with 50 other families that you don't know instead of one or a few that you do know. 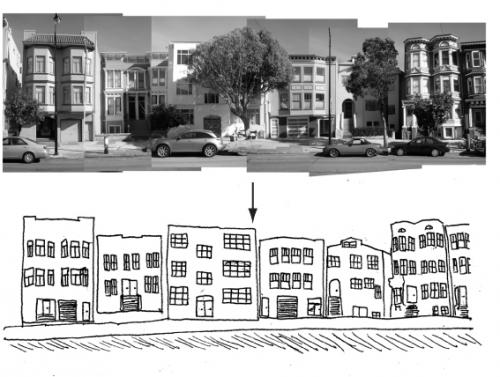 4. Pretty houses all in a row. Our classic San Francisco streetscapes are made up of tightly packed small buildings that express their individuality while more or less behaving themselves, at least most of the time. (Kind of like those of us who live in them.) Note the irregular rhythm of the placement of windows, entrances, and garage doors, not to mention the building heights. 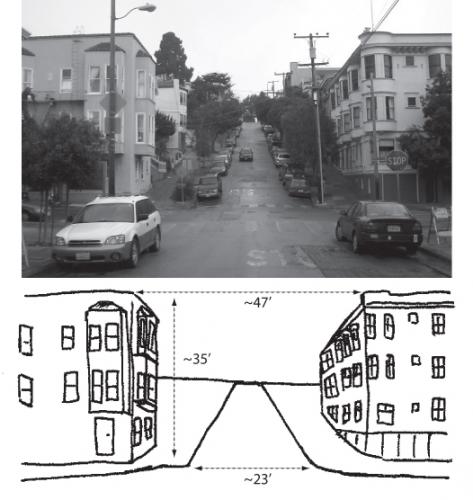 5. An outdoor room of your own. Somewhere around 1:1 is a pleasing ratio for the width of the public street space to the height of the buildings (here it's 0.73). Too much more and you lose the cozy feeling of being in an "outdoor room," the Holy Grail of urbanism. Too much less and you feel like you're in a slot canyon. And if the buildings are modest in height, then the street can be narrow, and therefore neighborly. 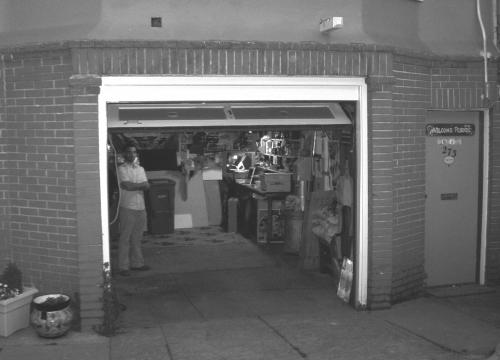 6. If you simply MUST keep a car in your building "¦ and a lot of people do, then you'd almost certainly prefer to have your off-street parking in a small garage to yourself (like here) or shared with another family or two, rather than in a 50-car parking structure. That way you have space to fix up that old Schwinn, or turn the garage into a haunted house like they do on Fair Oaks Street on Halloween.

7. We're in good company. Most other cities don't have this kind of housing, but a few do. In each place, multifamily houses are built according to a local vernacular, whether we're talking about (from left to right) San Francisco, the "three-deckahs" of Boston, the "three-flats" of Chicago, or Istanbul.

Jake Wegmann works in the local nonprofit affordable housing development industry. For his graduate degrees in urban planning and real estate, he wrote a thesis about the ubiquitous wooden three-unit houses of Boston titled "What Happened to the Three-Decker?" While riding his bike down his SOMA street, Jake gets great pleasure from using his clicker to open the garage door so that he can ride right into the two-family house where he lives.

All photos and drawings by the author.