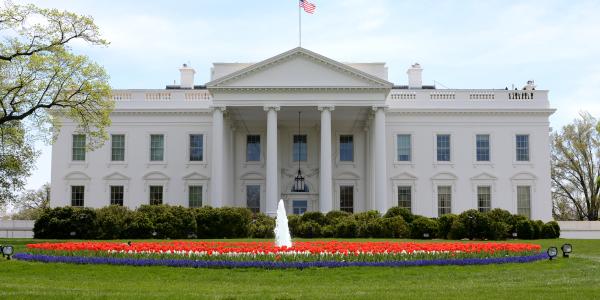 After a 50-year hiatus, the White House is hosting its second-ever Conference on Hunger, Nutrition and Health. As might be expected for a convening announced by the president, the September 28 gathering is drawing attention and focus around the country. Hopes are high that the conference will mark the start of a new chapter in policymaking, like the conference Richard Nixon hosted in 1969. In an effort to frame the agenda for the conference, a coalition of organizations gathered together, independent from the White House, and dubbed themselves the Task Force on Hunger, Nutrition and Health. The group held listening sessions around the country — including one session this summer in Oakland that SPUR attended — and recently released a report proposing 30 federal policy recommendations. Three of SPUR’s top priorities at the state and local level are among those recommendations, and they are now firmly in the national spotlight as the conference approaches.

The report — Ambitious, Actionable Recommendations to End Hunger, Advance Nutrition, and Improve Health in the United States — lives up to its name in many ways. It includes a sweeping platform that aligns with the White House’s stated conference goals of, among other things, ending hunger and improving the health of the American public. Bold ideas set forth in the report include two that, at face value, are bureaucratically bland but would have significant economic benefits for low-income Americans: 1. adjusting the federal poverty measure so more people struggling to make ends meet could access the federally funded safety net, and 2. replacing the one-size-fits-all approach of the food assistance safety net with a system that provides more money to people and institutions in regions with higher costs of living. Another eye-catching recommendation calls for the federal government to provide free school meals to any child that wants one (which California became the first state to do, using state dollars, in 2021).

In addition to these proposals, the report prominently highlights three ideas SPUR has been pursuing for multiple years.

Recommendation 3 in the report calls for Congress to make healthy food incentive programs – like SPUR’s Double Up Food Bucks – available to everyone in the country who participates in the Supplemental Nutrition Assistance Program (SNAP, dubbed CalFresh in California and previously known as food stamps). Currently, the federal government supports these programs by providing roughly $50 million in grants each year to groups around the country through the Gus Schumacher Nutrition Incentive Program (GusNIP). Expanding the program to be available at grocery stores and farmers markets nationwide will have a price tag of billions each year. In California alone, SPUR estimates that statewide expansion to all retailers would likely cost between $100 and $400 million per year. Recognizing that the political will may not exist to support full expansion immediately, the report also lays out an interim path of increasing GusNIP funding to $1 billion to $3 billion annually. If the Biden administration embraces the interim recommendation, it will create tremendous momentum in the 2023 Farm Bill for greatly expanding programs that reduce hunger, improve health and support the agricultural economy.

The report also echoes SPUR’s call to make healthy food more affordable via our publicly funded health care systems. Recommendation 13 calls for the U.S. Department of Health and Human Services and Congress to make medically supportive food and nutrition interventions — such as medically tailored meals, produce prescriptions and medically tailored groceries — covered benefits in Medicare and Medicaid. As with healthy food incentives, the political appetite to transition these programs into covered benefits may not exist yet, so the report lays out extensive interim steps to work toward this long-term goal. One of those steps is further clarifying existing pathways for piloting food-based interventions in healthcare. In their recommendation, the report’s authors reference California as a leader on this front: The state is piloting this integration at the urging of a coalition led by SPUR. The report provides a clear policy roadmap to move these proven interventions — which improve patient outcomes and reduce healthcare costs — from pilot to permanent, and its prominence underscores the momentum and enthusiasm for this idea at the national level.

3. Let schools use their purchasing power to improve the food supply chain.

The task force report also calls on the U.S. Department of Agriculture to allow schools to use their purchasing power to advance a better food supply chain rather than being required to only buy the least expensive food. This change would open huge possibilities in school food procurement both in California and nationally. For example, in California, 14 school districts participate in the Good Food Purchasing Program (referenced in Recommendation 5), which provides a framework for aligning school food purchases with five core values: supporting local economies, nutrition, environmentally sustainability, a valued workforce and animal welfare. Together these California school districts spend more than $350 million on school meals each year. If the districts shifted those dollars to values-aligned foods, which would be drastically easier with the elimination of the lowest-bidder requirements, it would have significant impacts. For instance, replacing 30% of conventionally raised grain-fed beef with plant proteins would reduce carbon emissions by 126 million pounds (equivalent to taking 12,359 passenger vehicles off the road annually) and decrease water use by 597 million gallons (equivalent to meeting the annual water needs of 11,853 households). As we have noted in our advocacy around the Good Food Purchasing Program, values-based procurement is smart policy and public institutions need the legal leeway to pursue it.

There are limits to what can be accomplished in a one-day conference, even one convened by the White House. Policymakers can focus on only so many ideas and absorb only so much information. That dynamic is what makes the task force’s report so valuable. It sets clear goalposts for the administration and the conference audience even before the official event beings. We are hopeful that many of the policy recommendations put forward by the task force turn into official federal policy that further bolsters our efforts here in California.

Update (October 5, 2022)
On the day of the conference, the White House released its Biden-Harris National Strategy on Hunger, Nutrition, and Health. SPUR is very pleased to see that this official list of priority strategies includes both expanding healthy food incentives and further supporting the integration of medically-supportive food and nutrition into Medicaid and Medicare.

Read the Biden-Harris National Strategy on Hunger, Nutrition, and Health