Our Bill to Make Healthy Food More Affordable Died in Committee. Here’s How Far We Got. 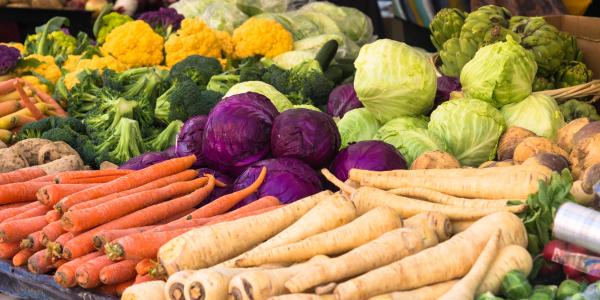 Earlier this year, the California Legislature considered a proposal aimed at making healthy food more affordable for Californians with low incomes. The proposal — introduced by Assemblymember Dr. Joaquin Arambula, co-sponsored by SPUR and Nourish California, and backed by a broad coalition — would have provided a penny-for-penny rebate for people buying California-grown fresh fruits and vegetables with their CalFresh dollars at participating retailers. Though the proposal didn’t pass this year, the momentum behind it demonstrated strong legislative interest in the idea, bipartisan support and positive response from people who see the value in expanding an existing program that reduces hunger, improves health and supports California’s agricultural economy.

This legislation was the latest step in SPUR’s multi-year campaign to make fruit and vegetable supplemental benefit programs permanent in California. Since 2017 we have run a pilot, Double Up Food Bucks California, to demonstrate the potential of these kinds of programs, especially when offered in grocery stores. After Double Up demonstrated early success, we started focusing on addressing the two obstacles to scaling it and programs like it: technology and funding. To address the technological obstacle, we co-sponsored the California Fruit and Vegetable EBT Pilot (passed in 2018), which is working to integrate supplemental benefit programs into the state’s existing, highly efficient electronic benefit transfer (EBT) system, which is already used by most grocery stores. This year’s legislation was aimed at dramatically increasing funding so the program could scale to serve most parts of the state and provide the final stepping stone toward making the program a permanent supplement to CalFresh. While we’re disappointed that it didn’t move forward this legislative session, we’re heartened by how far the proposal got and what that means for the future.

Assemblymember Arambula introduced the California Fruit and Vegetable Supplemental Benefits Expansion (Assembly Bill 2153), and a companion budget proposal, in February. The legislation took the program model of the Fruit and Vegetable EBT Pilot and sought to expand it from a program that provides CalFresh participants with a total of $5 million annually to a program providing $120 million annually. The bill would expand the program’s reach to far more people by dramatically increasing the number and geographic diversity of retailers offering fruit and vegetable supplemental benefits to CalFresh participants.

Specifically, the bill sought to jumpstart this expansion in four ways:

SPUR estimates that this expansion would translate into 300,000 CalFresh households — 11% of all people receiving CalFresh — gaining access to supplemental benefits, which would help them afford more fruits and vegetables and stretch their food budgets. It would also infuse hundreds of millions of dollars into California’s agricultural economy, supporting fruit and vegetable farmers who are facing strong economic headwinds caused by the state’s historic drought.

Both the Assembly Agriculture Committee and the Assembly Human Services Committee voted unanimously to support the proposal. However, the bill officially died when it was held “in suspense” in the Assembly Appropriations committee. As with too many pieces of legislation that meet their demise in Appropriations, there is no transparency as to why the bill was killed. The committee provides no record of who opposed the measure proceeding further, or why. Though the rationale was opaque, the outcome was clear: The bill and budget proposal are not progressing any further in 2022.

Despite the setback this year, there is still strong momentum behind expanding fruit and vegetable supplemental benefits statewide. SPUR is buoyed by similar action in other states, including an EBT integration project underway in Washington State and legislation that just passed in Rhode Island, with an $11.5 million budget allocation, that is very similar to California’s proposal. At the federal level, advocates from across the country are looking for opportunities in the 2023 Farm Bill to support healthy food incentive programs that are ready to scale statewide.

Here in California, SPUR, Nourish California and our partners will be exploring options and strategies for continuing to harness that momentum in the 2023 legislative session. With so many people struggling to make ends meet, and so many farmers in difficult straits, expanding fruit and vegetable supplemental benefits is one way California can address multiple challenges at once. SPUR will continue to make the case so that this promising program can move from pilot project to permanent program.