Progress on Keeping the Water Flowing 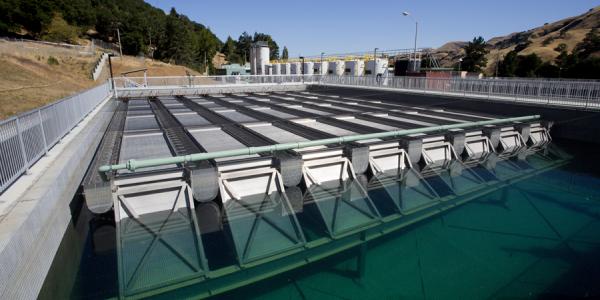 The affordability of water has long been an issue, but the problem was exacerbated by COVID-19’s impact. SPUR’s sustainability and resilience director, Laura Feinstein addressed water bill debt in the wake of the pandemic in her article Keeping the Water On in January 2021. Since the publication of the article, state and local policy on water affordability and sustainability has made progress, which was discussed in a recent SPUR Digital Discourse. The event featured Clifford Chan from East Bay Municipal Utility District (EBMUD), Eric Sandler from the San Francisco Public Utility Commission (SFPUC), Laurel Firestone of the State Water Resources Control Board and longtime water affordability advocate Senator Bill Dodd.

The state authorized a temporary moratorium on water shut-offs in April 2020 to protect customers. By the end of 2020, an estimated 1.6 million Californians fell behind on their water bills. What will customers with mounting debt do when the moratorium ends?

Eric Sandler, SFPUC’s chief financial officer, and Clifford Chan, EBMUD’s general manager, highlighted the dramatic increase in unpaid bills and other financial indicators over the past year. SFPUC saw the number of delinquent accounts — those that are more than 90 days past due — almost triple since the start of the pandemic, and the average balance on past-due accounts nearly doubled. This represents 1.8% of SFPUC’s annual revenue. EBMUD saw similar increases: over the past 100 days the number of delinquent accounts tripled and the total owed grew to more than $10 million. In the last year EBMUD’s Customer Assistance Program has grown by 19% and the organization projects a budget of more than $3 million in assistance this year, more than any other utility in California.

A hurting customer based and decline in income can have lasting detrimental effects on the utilities themselves. Unlike EBMUD and SFPUC, the vast majority of California's 2,900 water utilities are small, serving under 10,000 connections. While large utilities are better able to weather the decreased revenue and debts, unpaid bills put a serious strain on the finances of small utilities.

Laurel Firestone, a member of the California State Water Board, discussed a survey of small water systems that found that nearly one-third had expenses that outstripped their income by more than 50%. When these water operators are in jeopardy, the whole community is at risk: service could stop if these providers had to shut down, or there could be long-term consequences to the quality of service. Currently, nearly all of these smaller systems are forgoing capital improvements and updates, to the detriment of their future quality of service.

The COVID-19 pandemic has showcased the need to address water affordability in a manner that focuses on equity, sustainability and longevity. At the Digital Discourse event, Laurel Firestone spoke of the three interconnected levels of affordability:

Affordability at the household scale directly affects the community level, which in turn directly impacts the viability of the systems. This means policy solutions need to work across all three levels.

“Rates need to be sufficient to cover the costs of providing adequate service now and into the future,” Laurel Firestone explained, “but they also should be working to address equity issues.” She warned that compromising on service in an effort to increase household and community affordability will only end up harming communities. An extreme example of this is Flint, Michigan, where cost saving measures resulted in a very serious public health crisis.

Despite the financial strife and complicated interplay of cost-cutting measures, SFPUC, EBMUD and the California Legislature have responded with creative solutions that work for customers, the utilities and the environment.

To keep customers and the utility afloat SFPUC put together a financial resiliency team, eliminated shutoffs and reconnection fees, and created an emergency customer assistance program. The emergency program has between 9,000 and 10,000 enrollees, compared to the 1,200 that are enrolled in the regular assistance program. This high rate of enrollment is due, in part, to the trying economic times but also to the streamlined enrollment process and the lower threshold of eligibility. Those who make up to 200% of the area median income are eligible for the emergency program.

SFPUC’s most innovative approach is the Customer Affordability and Arrearage Management Pilot Program that began in April. This program is a six-month pilot to help those behind on their bills become paying customers again. The program includes three assistance scenarios: a typical flat rate discount for qualifying individuals, a range of discounts for income ranges and discounts that offer the elimination of debt after a successful six months of payment. Eric Sandler explained that the pilot is beneficial to the customer to ease the stress of debt and beneficial for the utility as it has a paying customer instead of growing debt.

In response to the economic stress of the pandemic, EBMUD ended water shutoffs a month before the governor mandated, restored water to their customers who had had the water shut off prior to the moratorium and waived late fees. The focus of EBMUD’s response was to improve the existing customer assistance program, starting with increasing awareness and enrollment.

EBMUD used targeted outreach like ads in language-specific newspapers, attending community meetings, creating online campaigns and partnering with community groups to inform customers about available payment plans and extensions. EBMUD expanded the eligibility and discounts for their assistance program to 50% discounts on water bills and 35% discounts on waste water bills for customers that earn up to 300% of the federal poverty line. Clifford Chan highlighted the importance of water conservation, warning that water affordability should go hand in hand with conservation, and that a lowered cost should not indicate a lack of value or scarcity.

In 2021, Senator Dodd introduced Senate Bill 222 to enact a statewide customer assistance program. At present, it’s up to local water utilities to administer bill assistance programs. Many don’t offer a discount program for low-income customers, and those that do tend to be the larger systems. A statewide program would greatly expand the reach of low-income water bill assistance in the state and serve as a national model. However, there’s a catch: there is no funding source for a statewide water assistance program. Negotiations are still in progress to identify federal funding, but unless that happens, the program is a framework without a means of implementation.

Appropriations in the State and Federal Budget:

In the face of unprecedented water bill debt, the state and federal government responded by allocating money to water bill debt relief. California allocated $2 billion to utility debt relief in the 2021-22 budget, and Congress appropriated 1.1 billion. But both of these are one-time emergency measures, not long-term solutions for water affordability problems.

All the speakers at the event agreed that providing greater assistance to customers struggling financially is a top priority for water utilities and state policymakers. The fundamental question is, who pays? Right now, there’s no good long-term source of funding for water assistance programs. Public water agencies are prohibited from using customer bill payments (their main source of revenue) to offer subsidies to low-income households. The state already struggles to meet its obligations with the General Fund. There’s some hope that the federal government will fund a long-term water customer assistance program. The State Water Board has proposed a new tax to fund water rate assistance. But whether either of these ideas will become reality is far from certain. What is clear is that there’s a pressing need to ensure that low-income customers can pay their water bills. Finding the funding to make it happen will require a big political push from water utilities, elected officials and state agencies alike.