SPUR-Sponsored Housing Bills Continue to Move in the State Legislature 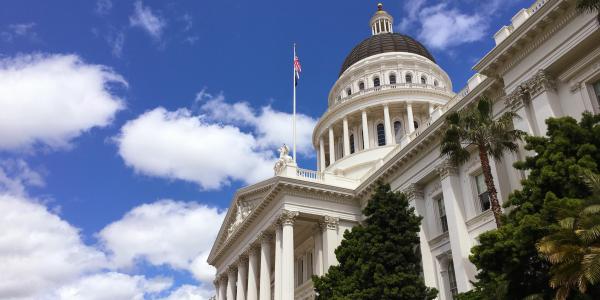 SPUR is advocating for a number of pro-housing bills and regulatory reforms in Sacramento that would increase housing supply and reduce the time and cost to produce housing. A number of key SPUR-sponsored and supported bills continue to move through the legislative process. When the Legislature returns from summer recess on Monday, August 16, the following bills will face critical votes in the State Senate and Assembly.

AB 1401 (Friedman) would eliminate local minimum parking requirements for both residential and commercial buildings within one-half mile of a major transit stop. The bill is currently awaiting action in the Senate Appropriations Committee. SPUR is co-sponsoring the legislation with California YIMBY, Abundant Housing LA and the Council of Infill Builders.

SB 477 (Wiener) is a data bill that would require cities and counties to report several new data points as part of the Annual Progress Report they submit to the California Department of Housing and Community Development. The new requirements would include reporting the number of housing units approved and disapproved from the previous year, reporting on housing project applications that use the State Density Bonus Law and proving compliance with AB 1483 (Grayson, 2019), which requires posting of fees and exactions on local agency web sites. This legislation is currently in the Assembly Appropriations Committee awaiting action. SPUR is co-sponsoring the bill with California YIMBY.

AB 1174 (Grayson) would provide critical clarifications to SB 35, Senator Scott Wiener’s 2017 housing approvals streamlining bill, including, for the purpose of meeting the required timelines, the definition of “construction activity.” It would allow an additional 180 days when developers make modifications to their projects and it would clarify that the building code requirements in place at the time of the initial application are those that apply. The measure would also base all subsequent permits on the objective standards that were in place when the original development application was submitted. The legislation is currently in the Senate Appropriations Committee awaiting action. SPUR is co-sponsoring this bill with the Bay Area Council.

AB 602 (Grayson), among other provisions, would require local jurisdictions to adopt a capital improvement plan as part of a nexus study for development impact fees. It would base fees on square footage and require the California Department of Housing and Community Development to develop an impact fee nexus study template by January 1, 2024. The bill would also require local jurisdictions to post on their web sites the total amount of fees and exactions for completed projects. SPUR is supporting this bill.

SPUR is a major supporter of and advocate for several bills in the State Senate housing production legislative package. Most of the bills in the package are continuing to move toward Appropriations Committee and floor votes.

In May, Governor Newsom traveled to San José to sign into law the first of the bills in the package, SB 7 (Atkins), a measure to reenact until January 1, 2024, the AB 900 Jobs and Economic Improvement Through Environmental Leadership Program. This program provides expedited judicial review for large-scale projects  — including mixed-use projects — that meet specified environmental and labor standards.

SB 8 (Skinner) would extend by five years SB 330, the Housing Crisis Act of 2019. The extension would continue to prohibit downzonings, building moratoria and caps, limit to five the number of public hearings for zoning-compliant projects and ensure that only ordinances, policies and standards in effect when the preliminary application was deemed complete may be imposed on a project. The bill is currently in the Assembly Appropriations Committee awaiting action.

SB 9 (Atkins) would allow property owners in single-family residential zones to split their lot and/or build a duplex “by right,” meaning such changes would not be subject to case-by-case local discretionary approvals. Neither of the new parcels could be less than 40% of the size of the original parcel. The bill does not allow demolition of homes with deed restrictions or in which tenants have resided in the past three years. If both the lot split and duplex provisions are used, the jurisdiction is not required to also permit accessory dwelling units or junior accessory dwelling units on the parcels. The city or county may also require off-street parking of up to one space per unit if not near transit. The bill is currently in the Assembly Appropriations Committee awaiting action.

SB 10 (Wiener) would authorize local governments to pass an ordinance to zone any parcel for up to 10 housing units if the parcel is located near transit or is an urban infill site. Ordinances adopted under this bill would not trigger environmental review under the California Environmental Quality Act. The bill is currently on the Assembly floor awaiting a vote.

SB 478 (Wiener) would establish minimum floor-area-ratio (FAR) standards for small neighborhood multifamily housing development projects of three to 10 units. In cases where local FAR standards conflict with the zoning code and prevent projects from reaching the allowable density, SB 478 would create a pathway for the allowable density to be built. The bill is currently in the Assembly Appropriations Committee awaiting action.

SB 290 (Skinner) would allow student housing developments that reserve at least 20 percent of their units for lower-income students to access one incentive or concession under State Density Bonus Law. It would also require jurisdictions to report in their annual progress report the number of units for lower-income students in such developments. The bill also expands the types of for-sale moderate-income housing units that can benefit from a density bonus. SB 290 is currently in the Assembly Appropriations Committee.

SPUR is working with several coalitions advocating for increased funding for subsidized affordable housing and housing for the homeless. On July 19, Governor Gavin Newsom signed the final budget bill for homelessness and affordable housing solutions, totaling investments of $12 billion over two years. These unprecedented funding commitments include: