What’s Next for the Silicon Valley Economy?

As the rate of economic growth begins to slow down, observers are asking what’s next for Silicon Valley and the Bay Area. Will the region’s miraculous growth continue? Will high housing costs ever come down? What does an uncertain national context mean for the region?

Earlier this month, Joint Venture Silicon Valley President and CEO Russ Hancock addressed some of these concerns when he presented the 2017 Silicon Valley Index at a SPUR forum in San Jose. The upshot? Yes, we’re still growing — although our regional economy is at a transition point. And our success is not without its problems: Not everyone is enjoying the fruits of the strong economy, and both our physical environment and policy choices are straining our quality of life.

Joint Venture has been tracking Silicon Valley’s ups and downs since 1995, telling the story of the region’s people, economy, society, place and governance. What does this year’s index tell us about the state of Silicon Valley? Hancock presented three key takeaways:

1. Though our rate of growth may be slowing, Silicon Valley’s economy is still in growth mode. 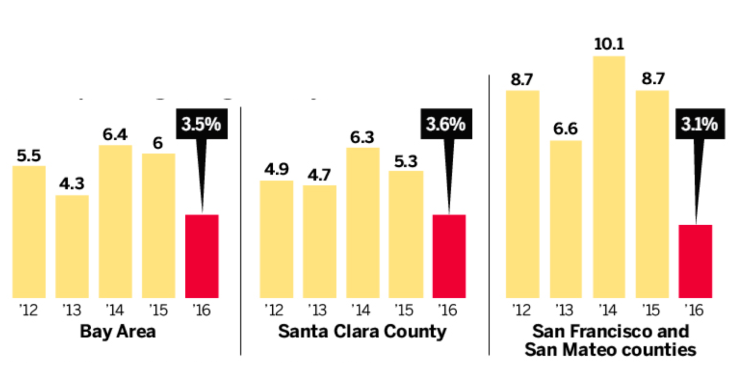 So should we be worried? Hancock said no, characterizing the change as a normal fluctuation. He said he’s encouraged by several other signs that suggest that our economy is still relatively healthy. For instance, we’ve experienced steady multi-year growth, compared to the late 1990s and early 2000s, when the economy went through a number of dramatic swings. 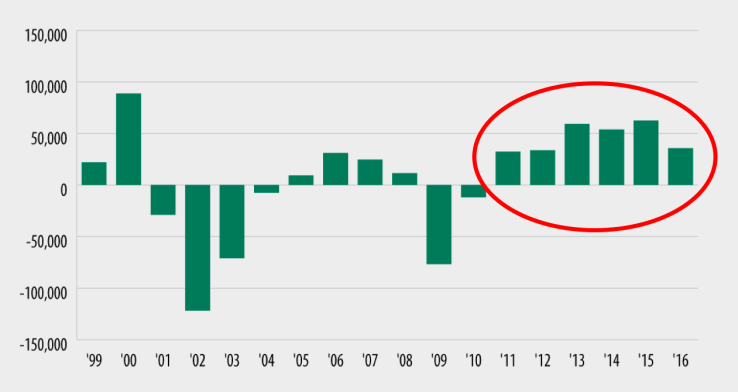 And we’re still growing and adding jobs — and leading the nation in this growth. 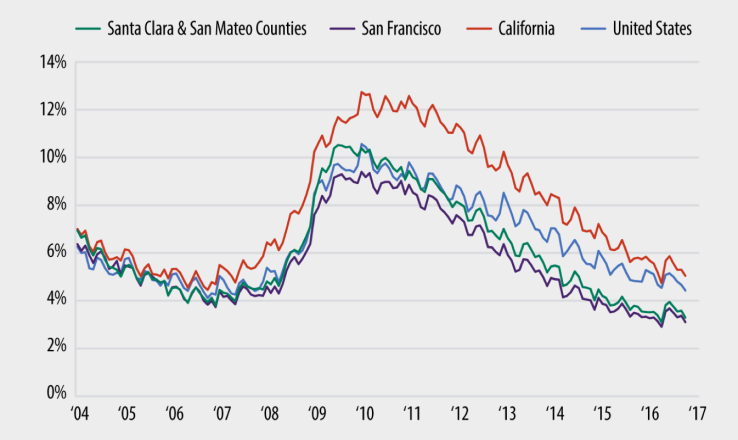 Which sectors are growing and which are shrinking?  The two biggest growth sectors are technology and what Joint Venture calls “community infrastructure and services” — retail, healthcare, education and other industries. Biotech saw the highest rate of growth, although the absolute number of jobs is quite small. The sectors that are shrinking include semiconductors and related manufacturing, telecommunications, retail and nonprofits, among others.

Hancock emphasized that the fundamentals in the Valley are still good, and that we aren’t headed for a major downturn — but we are headed for a transition. As a “transitioning” economy, our economy shifts every few decades — that’s why we’re also an “innovation” economy. He thinks that we’re at a juncture and we will soon see a lot of jobs move into new industries and sectors, with the biggest growth in machine learning, data and analytics, and automotive technology.

It comes as no surprise that the physical infrastructure of Silicon Valley is experiencing a lot of strain. What’s worse, we haven’t been making very good decisions to actually improve it. Despite adding more than 115,000 jobs last year, the region only approved 6,000 housing units.

Less than half of the new commercial space approved last year (and about a third in 2014 and 2015) were near transit — meaning that we’re still putting jobs in places where driving is the default transportation option. 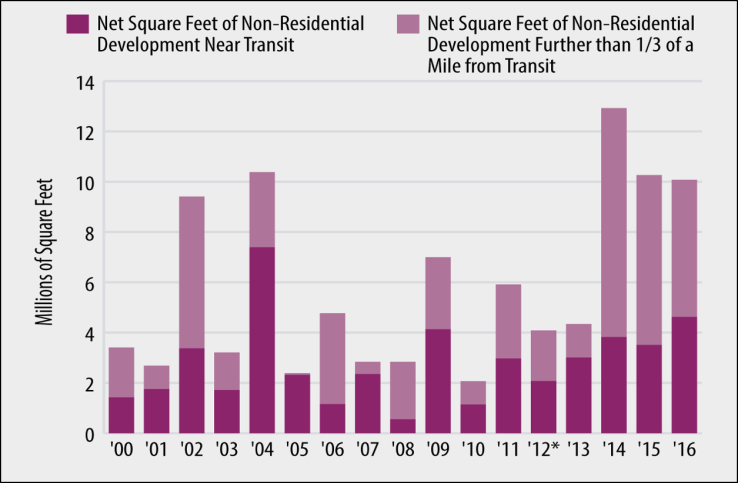 Most commuters in Silicon Valley know this problem intimately, as their travel times have gotten longer and longer. The Index reports that the average commute in Silicon Valley has gotten about 17 percent longer in the last ten years.

3. Not everyone is sharing in the economic prosperity, and more people are feeling the strain.

Although our economy is strong, not everyone is benefitting from our region’s growth. The cost of living is soaring: The median home price in Santa Clara County is $1,080,000. Fewer than 30 percent of residents can even qualify for a mortgage for that price point — which puts homeownership out of reach for most people.

Even though Silicon Valley has relatively high incomes compared to the rest of the country, home prices are outpacing income growth.

Put simply, we are still growing but we still have a lot of work to do if we want most people to actually enjoy the economic gains in our region.