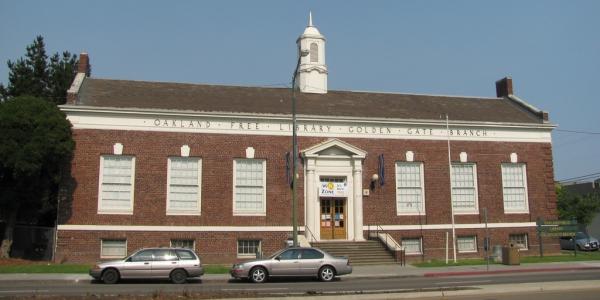 As things currently stand, if you’re an adult living in Oakland and your street has just been repaved, it won’t be repaved again in your lifetime. That’s because the City of Oakland has $2.5 billion in unfunded capital needs, including a $443 million paving backlog. So Oakland’s streets get paved, on average, once every 85 years. This is just one of the many infrastructure problems facing Oakland. Libraries and parks need maintenance and upgrades, as do fire stations. And the city’s shortage of affordable housing is displacing long-term residents. These are some of the problems that the city’s infrastructure bond, Measure KK, aims to address.

What type of bond is it and where will the money go?

This $600 million general obligation bond will pay for improving Oakland’s streets, upgrading its public facilities and acquiring, rehabilitating and building affordable housing. The bond would fund the following programs:

During its deliberations on the proposed bond, the Oakland City Council directed the city administrator to create a framework for determining how the proposed $100 million in affordable housing funding would be allocated. The framework dictates that the top priority for these funds would be to protect vulnerable Oakland residents from being displaced from their homes. For the first three years after passage of the bond, the funds would be used to preserve and rehabilitate existing affordable housing and bring other existing housing stock under affordability protection. After three years, the City Council would evaluate whether sufficient opportunities remain to continue this approach or whether funds should then be prioritized to construction of new affordable housing.

How much will it cost Oakland property owners?

The General Obligation bond introduces a new property tax, estimated to cost $25.30 for every $100,000 of assessed value on a property. City staff anticipates issuing bonds over the period of 10 years, meaning that total property tax obligations would increase over time. City staff estimates that the property tax would start out at $113 per year for the average home value ($434,000), rising to approximately $368 per year for the average home value by year 10 of the program.

The measure would require financial audits of bond-funded programs and projects, as well as the creation of a citizen oversight body that would evaluate the impacts and outcomes of bond expenditures on the measure’s stated goals.

Why not a larger bond, given the scope of the need?

Earlier this year, the city began polling Oakland residents to evaluate their support for a bond to address Oakland’s infrastructure needs and to determine their areas of greatest concern. The poll results suggested that the public would support a bond of $600 million, but that asking anything more might cause the bond to fail at the ballot.

In our report A Downtown for Everyone and our work with the Mayor’s Housing Implementation Cabinet, we recommended that the city increase its investment in transportation infrastructure and affordable housing. All three of bond’s components address issues important to SPUR:

Functional and pedestrian-friendly streets will improve safety and mobility. Funds from Measure KK would give Oakland the chance to repave its many dilapidated streets to functional conditions. It would also provide the opportunity to address safety and mobility concerns by allowing the city to redesign streets that are already slated for re-pavement. These opportunities can use dilapidated excess roads to create better transit, biking and pedestrian experiences in the public realm as Oakland grows.

Adding to the existing stock of affordable housing will help alleviate some of the shortage. Providing housing that is permanently affordable allows for citizens in danger of displacement to stay in Oakland as the city grows. Additionally, funds spent rehabilitating vacant units will help stabilize rents and make available housing that is safe, decent and affordable.

Public facilities — such as parks and libraries — are central gathering spaces. Community facilities are key to a functioning city and play a major role in creating enjoyable places for citizens to be. These amenities are also crucial to community development and provide access to services such as reading programs, job programs, festivals and celebrations. Additional funding would keep them operable and available for the public to use as both information hubs and leisure.

As one of the few revenue mechanisms available to cities, a general obligation bond to fund these investments is a common and reliable tool. It is for all of these reasons that we support Measure KK and urge Oaklanders to vote for it.