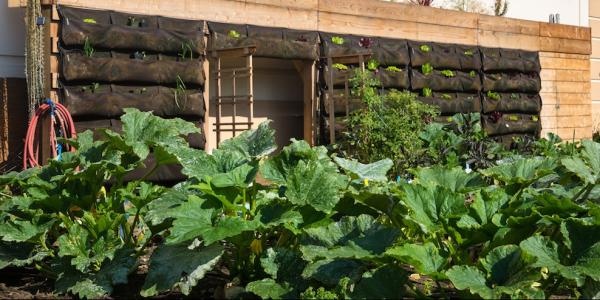 Photo of the Tenderloin People's Garden by Sergio Ruiz.

Update: the SF Board of Supervisors passed this legislation on July 29, 2014.

San Francisco is once again poised to be a pioneer in urban agriculture policy. In June, Supervisor David Chiu introduced an ordinance that would allow property owners who contract their land into urban agricultural use for at least five years to receive a property tax reduction. If passed, San Francisco would become the first jurisdiction in California to create an urban agriculture incentive zone as permitted by state Assembly Bill 551.

The legislation has a number of key features:

The legislation also has a number of safeguards to prevent abuse:

SPUR strongly supported the state legislation, has been involved in providing feedback on early drafts of the legislation and is in conversations with the various agencies that would administer the program. A few issues remain outstanding, including whether there should be additional oversight of the application process; additional revenue thresholds that would require Board of Supervisors review; and the timing of the application cycles. We expect that, as with most legislation, amendments will be added as it moves toward its first votes in the Board of Supervisors’ Land Use and Economic Development Committee, tentatively scheduled for July 21.

While some program details remain to be worked out, we are optimistic that they will be resolved in a way that is manageable for property owners interested in applying, as well as for the city agencies involved in administering the program. We hope it will encourage greater land access and land tenure for urban farmers and gardeners so that more people in the city can benefit from urban agriculture.

Read the proposed ordinance
Read the final version of the ordinance