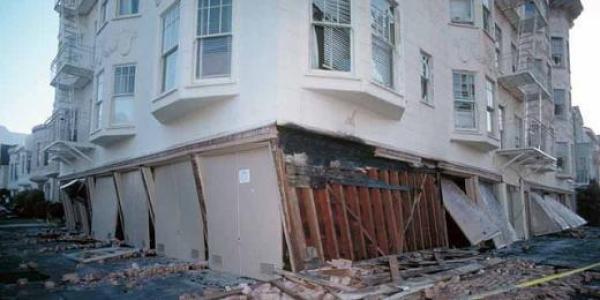 Last Thursday, on the 107th anniversary of the 1906 Earthquake, SF Mayor Ed Lee signed the mandatory soft-story retrofit program into law. SPUR has long advocated for this legislation, which will help make San Francisco more resilient in a major earthquake.

Soft-story buildings are those with large openings for storefront windows or garages, which cause the ground floor to be weak, leaving it vulnerable to damage or even collapse in an earthquake. The legislation focuses on wood-frame apartment buildings with three or more stories and five or more units that were built before modern code changes adopted in 1978. San Francisco’s Community Action Plan for Seismic Safety (CAPSS) estimates that at least 2,800 of these buildings have a soft-story condition. Combined they are home to roughly 58,000 people and 2,000 businesses.

Currently, these buildings pose a significant threat to San Francisco’s ability to recover from a disaster. The city estimates that between 43 and 85 percent of the 2,800 soft-story buildings would be tagged as “unsafe” after a magnitude 7.2 earthquake on the San Andreas fault, and a quarter of those would be expected to collapse. If these buildings are retrofitted, however, the people living in them will be much less likely to risk being killed, injured or displaced by a disaster.

SPUR has written several reports about the role that the existing housing stock can play in enhancing or undermining the city’s resilience. Resilience — the ability to respond to an earthquake emergency and to recover without lasting disruption — can be measured by the speed and completeness with which essential functions, and eventually routine operations, are restored. We identified a goal that 95 percent of San Francisco’s housing should be strong enough that people can stay in their homes after a magnitude 7.2 earthquake. One of our key recommendations to achieve this goal was the development of a mandatory soft-story retrofit program for wood-frame multifamily housing.

Estimates show that only 75 percent of the city’s current housing stock will provide adequate shelter for residents after a major earthquake. This means that San Francisco is at risk of losing its most important asset — its people. This new law helps to greatly increase the amount of housing that will be safe enough for people to inhabit after the next earthquake.

We thank the mayor and the SF Board of Supervisors, as well as the earthquake safety implementation team including Patrick Otellini, Laurence Kornfield and Micah Hilt, for their leadership on this important issue.