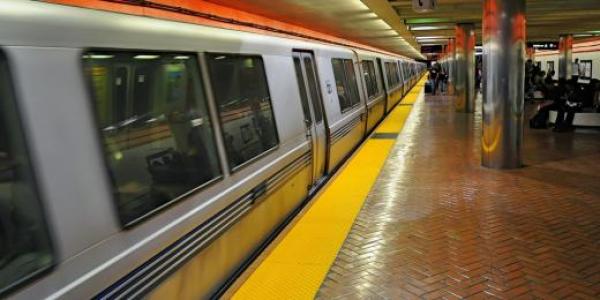 In November, BART released conceptual plans for a multi-billion dollar rejuvenation that would introduce a new wave of service called BART Metro. BART expects vast ridership expansion in the next several years, and these changes would allow 50 percent growth — bringing the number of daily riders to an average of 560,000 — by 2025. The plans hinge on the idea that BART is not only a commuter rail that connects the suburbs to the cities, where most rides happen during rush hour, but also an urban-style metro, where large numbers of people are traveling throughout the day. The project seeks to balance improved service effectiveness (especially during mid-day and evening hours) with the need to enhance capacity on a two-track railroad.

How can BART improve its service to its two different groups of customers? The preliminary BART Metro concepts  involve a balance of two approaches. The first approach, Phase I, would be to start running shorter train lines with more frequent service connecting stations in the urban core, primarily the stops between the Richmond and Hayward stations in the inner East Bay and extending through the Transbay Tube southeast to Glen Park in San Francisco. The second approach, Phase II, would be to continue the service to more distant suburban destinations with an eye toward future skip-stop or express service to reduce travel times.

Some Phase I projects are already underway. BART is working on replacing its fleet with the Fleet of the Future, with three doors per car for faster on- and off-boarding; Phase I calls for about 200 more cars than are currently on the tracks. The agency also intends to increase peak service on the Pittsburg/Bay Point-SFO line and the Fremont-Daly City line, and to extend service hours during the nights and weekends on the Richmond-Millbrae and Fremont-Daly City lines. In fall 2012, BART extended Richmond-Millbrae service until 8 p.m.

Longer-term concepts focus on shortening some train lines by adding turnbacks, often created by adding a side track that allows the train to reverse directions. For example, turnbacks could be built adjacent to downtown San Francisco stops and the Bayfair station in the East Bay, in order to shuttle more trains back and forth under the bay. During peak commute hours it could work as follows: Destinations like Richmond would have 10 trains an hour with a gap of six minutes between trains, while West Oakland — the jumping-off point for all trains entering the Transbay Tube — would have as many as 27 trains an hour, with a gap of about 2.2 minutes between trains. In the future, on evenings and weekends, the northern part of the Richmond line would see eight trains an hour, with the urban core dropping down to 16. Downtown Oakland and Berkeley stops would also see an increase in trains; for example MacArthur station in north Oakland would receive 21 trains an hour during peak times and 12 during off-peak times. In this way, BART would be molded to more efficiently serve the urban core while not losing its other identity as a commuter rail.

This model can be compared to public rail transit in Paris, where riders are served by two different rail systems: the RER, or Regional Express Network, for regional commutes and the Paris Métro for shorter trips within the urban core. With the BART Metro plan, BART aims to continue filling both roles while improving service through efficiency. While the BART Metro plan increases the number of trains and cars on BART tracks, it would actually decrease the total number of miles traveled by trains annually.

BART hopes to have the changes in Phase I completed by 2025. Longer-term Phase II planning is ongoing; eventually BART riders could see changes such as skip-stop and express route trains traveling to key commuter destinations, coupling of trains on the Dublin/Pleasanton-Daly City and Fremont-Daly City lines, 100 additional cars and planning for a second transbay tube.

SPUR applauds the development of BART Metro. We have advocated for concepts that increase BART service in the urban core for a number of years, and we recommended several of these ideas our reports A Mid-Life Crisis for Regional Rail and the Future of Downtown San Francisco.

View a presentation on BART Metro >>