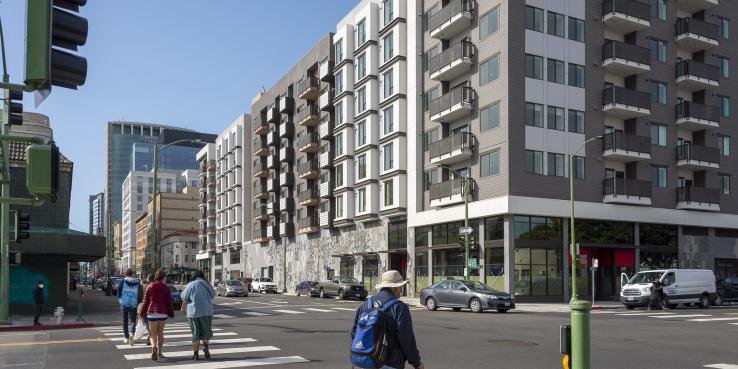 Photo by Sergio Ruiz for SPUR
The severity of California’s housing crisis calls for urgent political and community action. But the complexity of the crisis means that we can't just continue to undertake the same approaches that have been previously attempted — it instead requires a radical reimagining of the state’s entire housing ecosystem. Two recent reports, SPUR's Housing the Region and Housing California and California Housing Partnership's California’s Roadmap Home, seek to do exactly that. Together, these comprehensive plans advocate for a future where the housing crisis is not just mitigated, but resolved. Join the reports’ authors for a discussion about their recommendations and what must be done to implement them.
+ Matt Schwartz / California Housing Partnership
+ Sarah Karlinsky / SPUR
+ Ruby Bolaria Shifrin / Chan Zuckerberg Initiative