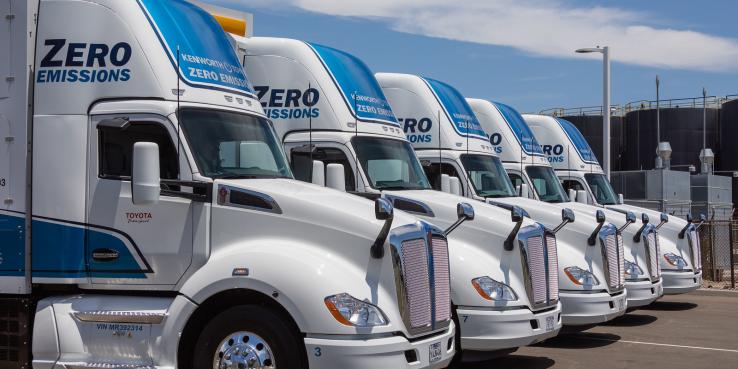 This program has been rescheduled for July 23. We hope that you'll join us then.

Consumer automobiles powered by hydrogen fuel cells have been on the market for roughly a decade, but in that time they’ve been far surpassed by electric motors as the renewable power source de rigueur. While it’s unlikely that these vehicles will ever supersede EVs, let alone cars powered by internal combustion engines, in the marketplace, there are other industries beyond consumer mobility in which hydrogen power shows considerable promise. Can hydrogen be applied widely as a cost-effective and significantly more sustainable power source for mass transportation, shipping, manufacturing and more? Such industries make up a significant portion of global fossil fuel pollution, and an investment in hydrogen power innovation can pay dividends towards the longterm health of our communities and our planet. Join us to learn how these industries on the cusp of change can position themselves as stewards of a cleaner future.