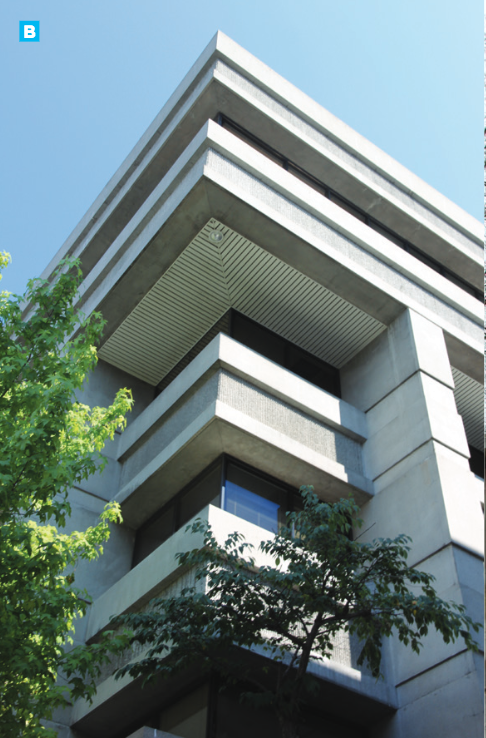 Seattle is one of those cities that had a boom in the 60s and 70s, thanks in part to the 1967 World’s Fair (that gave birth to the Space Needle.) My parents came here during those years when the suburbs seemed to be exploding with new construction. Like all areas that boomed during that time, this area’s colleges ended up with a large number of modern concrete lecture halls and dorms. This was especially true for the University of Washington (C  and F ) where I went to school, which is probably where my interest started. It was cemented (sorry) when I lived in Chicago.

If you’re unfamiliar with “Brutalism”, it’s a style of Modernist architecture that flourished in the 1960s and 70s, characterized by heavy, geometric forms. The unappealing (but in some ways apt) moniker comes from the French béton brut, which means “raw concrete”—concrete construction.

being another common characteristic of the style. Brutalist buildings can be minimal and functional (D) or take on daring and experimental forms  (E ).Since I began photographing Brutalism when I lived in Chicago, it’s now somewhat in vogue with a fervent, if narrow, subset of architecture fans. That passion has yet to filter through to the general public. In fact, nationally, many of these buildings have been destroyed or are in danger of demolition, hence rescue movements like SOS Brutalism (sosbrutalism.org).It’s not for everyone. Some of these structures can feel oppressive and parking-garage-like. And many Brutalist buildings haven’t aged well — either stylistically or literally (concrete tends to look a bit grubby after 40 years.) But truly inspired executions of the style, like Freeway Park (A) are striking. 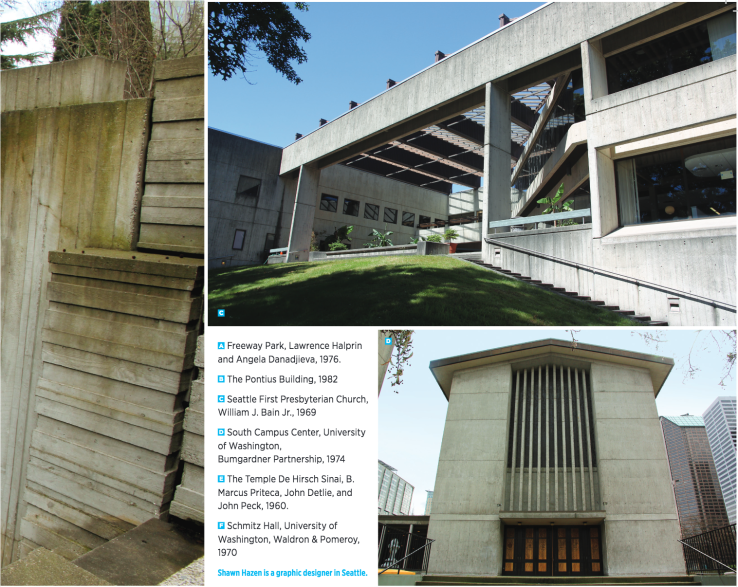 Shaun Hazen is a frequent SPUR contributor and founder of Hazen Creative Inc.