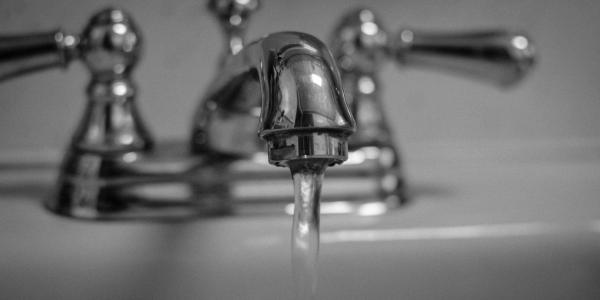 This article is informed by Addressing Water Affordability in California, a research paper written by Laila Heid in partnership with SPUR for her Master’s capstone project for the University of California, Berkeley’s Goldman School of Public Policy. For her research, Laila interviewed experts in the water affordability space and surveyed a sample of community water systems that did and did not apply for funds from the California Water and Wastewater Arrearage Payment Program, which provided financial relief for unpaid water bills during the COVID-19 pandemic.

Too many Californians lack access to affordable drinking water. In most water systems, the cost of meeting basic water needs exceeds the commonly used affordability threshold of 1.5% of income for people in poverty. The problem is only expected to worsen given the recent trends of rising water prices. Across the state, the inflation-adjusted cost of water increased by 45 percent between 2007 and 2015.

For water to be affordable, it cannot compromise the ability to pay for other essential items, such as food, rent or healthcare. Unfortunately, millions of Californians are forced to make these difficult tradeoffs. When families cannot afford to pay their water bill, they risk accruing hundreds of dollars in debt and the discontinuation of their water service. Indeed, hundreds of thousands of Californians have their water shut off each year due to nonpayment, cutting off their access to a basic necessity.

The onset of the COVID-19 pandemic in March 2020 spotlighted the inequitable access to affordable drinking water in California. Just weeks into the pandemic, Governor Gavin Newsom recognized water service as “critically important” to Californians’ wellbeing and to reducing the spread of coronavirus. As Californians faced mounting financial pressures from twin health and economic crises, the Newsom administration and the California state legislature rolled out several policies and programs to prevent water shutoffs and reduce water bill debt.

Among these programs was the California Water and Wastewater Arrearage Payment Program (CWWAPP). Established by the state legislature in July 2021, the $985 million program provided financial relief to community water systems and customers for unpaid bills accrued during the COVID-19 pandemic. Though temporary, CWWAPP was a first-of-its-kind program; as of the writing of this article, no U.S. state has established a state-funded water payment assistance program as expansive as CWWAPP.

CWWAPP was intended to relieve unprecedented levels of unpaid water bills that accumulated in the early days of the pandemic. As a result, some water systems, especially smaller systems, experienced a loss of revenue that made it more difficult to pay for operations and to provide safe drinking water. Meanwhile, customers behind on their bills accumulated water bill debt. The temporary moratorium on water shutoffs meant that California was at risk of widespread shutoffs once the moratorium ended in January 2022.

What was CWWAPP, and how did it work?

The California Legislature established CWWAPP with a one-time budget allocation of $985 million to relieve residential and commercial customer drinking water and wastewater debt accrued during the COVID-19 pandemic period. Administered by the State Water Board, the program operated in two phases. The first phase ran from October 2021 to January 2022 and allocated funding to water systems for drinking water arrearages. The second phase ran from January 2022 to May 2022 and allocated funding to systems for wastewater arrearages. This guide will address the drinking water portion of the program.

Participating systems received a one-time payment between November 2021 and January 2022 to cover all drinking water arrearages accrued by their customers during the pandemic period. The systems were required to credit their eligible customers’ accounts within 60 days of receiving their check.

All community water systems, regardless of their participation in CWWAPP, were required to administer payment plans for arrearages accrued during the pandemic period. Customers were not required to accept payment plans. Since the governor’s shutoff moratorium ended in January 2022, Californians who did not accept a payment plan or who defaulted on their payment plan could face the discontinuation of their water service.

Customer eligibility was based on accrued debt, not income or residency status. There were no income or legal residency requirements for customers to receive CWWAPP funds. Any residential or commercial customer who had outstanding drinking water or wastewater debt from the pandemic period and whose water system had applied for CWWAPP funding could have their drinking water and wastewater debt from the pandemic period relieved.

Water bill debt is any amount owed by a customer on their water bill. Many customers receive water bills that charge for many things: Drinking water (the potable water delivered to a home or business), wastewater (treatment of the waste water that leaves a building), energy, stormwater, trash collection, street sweeping, taxes, fees and fines (including late fees) can all appear on the same bill. As a consequence, a customer’s water bill debt is often much larger than drinking water and wastewater debt.

Yes. While CWWAPP was imperfect, it did a great deal to help water systems and customers struggling with an unprecedented pandemic, and it did so despite being the first program of its kind in the United States. Some successes from the drinking water portion of the program include:

CWWAPP was a $985 million program, but is only expected to spend about $500 million. Was water bill debt overestimated?

The allocation for CWWAPP was largely based on the Water Board’s January 2021 Survey indicating there was $1 billion in water bill debt. There’s no doubt that the January survey yielded ambiguous results on how the $1 billion in debt was divided among water, wastewater and other charges. However, the $1 billion total estimate seems reasonably sound. Rather, it appears that CWWAPP was designed and implemented in such a way that made it impossible for it to use its full $1 billion allocation.

The graphic below summarizes how the state’s understanding of water bill debt evolved throughout 2021 and illustrates some of the reasons why the program did not spend the full $1 billion allocated.

Figure 3. An Evolving View of Water Debt in California During the Pandemic

What did CWWAPP tell us about the need for an ongoing assistance program?

When people are financially struggling, they are unable to pay their water bill. In just the 16 months following the onset of COVID-19, Californians accrued over $400 million in drinking water and wastewater debt.

What can be learned from CWWAPP to guide an effective water bill assistance program in the future?

CWWAPP was an extraordinary effort that helped more than half a million Californian households maintain access to an essential service during a crisis. Even as the state and country emerge from the darkest days of the pandemic, long-term inflation of water rates, growing income inequality and accelerating climate change make clear that water affordability struggles are here to stay. The state will need to learn from and build upon its first experiment with water bill assistance to weather the rocky times ahead.