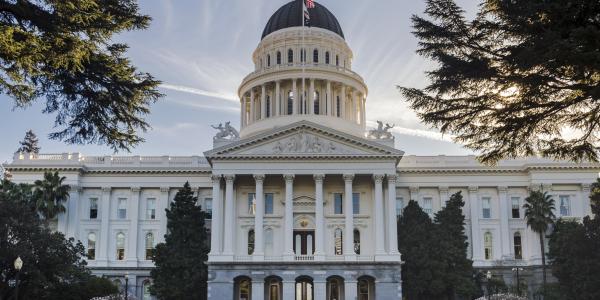 With the California State Legislature back from its week-long spring recess, SPUR-sponsored housing legislation is making its way through the Assembly Local Government and Housing and Community Development committees. Over the past two months, SPUR and our partners have been refining bill language, working on amendments and lining up support from stakeholders across the state. We’re excited to see the following bills now moving forward:

AB 2097 (Friedman) would prohibit cities from setting local minimum parking requirements on residential, commercial and mixed-use developments within a half-mile of high-quality transit. While a few jurisdictions have eliminated parking minimums for residential development or for projects near transit, the vast majority of cities are still requiring excessive parking for transit-oriented development and downtown stores and restaurants, thereby increasing rents for prospective tenants and would-be entrepreneurs. Studies show that that the “bundling” of a parking space into the price of a housing unit adds about 17 percent to the unit’s rent and that carless renters across the country spend $440 million per year on parking they don’t use. The measure passed the Assembly Local Government Committee on a 6-2 vote. The bill now moves to the Assembly Housing and Community Development Committee. SPUR is cosponsoring this legislation with California YIMBY, Abundant Housing LA and the Council of Infill Builders.

AB 2656 (Ting) would amend the Housing Accountability Act (HAA) to clarify existing law that it is a violation of the act to wrongfully deny or withhold an environmental clearance that a housing development is legally entitled to. This bill does not modify the California Environmental Quality Act in any way and does not alter any existing rights or responsibilities that exist in current law. In fact, the measure codifies the California Department of Housing and Community Development interpretation of the HAA on this point. The measure was passed unanimously by the Assembly Housing and Community Development Committee on an 8-0 vote on and now heads to the Natural Resources Committee. SPUR is sponsoring this legislation, and we are proud to note that it has been designated a “Housing Creator” bill by the California Building Industry Association.

AB 2211 (Ting) would allow faster permitting for the construction or expansion of shelters, sleeping cabins, tiny homes, bridge housing communities and safe parking sites for people experiencing homelessness. The exemption would apply to projects on privately owned land and would use existing state-adopted alternative building codes. The bill is set for a hearing in the Assembly Housing and Community Development Committee this week. The legislation builds on SPUR-sponsored AB 2553 (Ting, 2020), which allowed faster permitting for emergency shelters on public land built during a declared shelter crisis. SPUR is cosponsoring this legislation with the Bay Area Council, and the cities of Berkeley, Redwood City and Sacramento are in support.

AB 2668 (Grayson) is clean-up legislation to SB 35 (Wiener, 2017), the landmark, highly successful housing approvals streamlining law. The bill requires application of a “reasonable person test” (a benchmark to determine if something would be reasonable to most people) to determine if a proposed project modification meets objective planning standards. This would codify an existing concept in the California Department of Housing and Community Development SB 35 guidelines that focuses on objective standards when development applications are reviewed by the local government. The bill was passed unanimously by the Assembly Housing and Community Development Committee in March, and we expect it to be heard by the Local Government Committee on May 4. SPUR is cosponsoring this legislation with the Bay Area Council.

AB 2531 (Grayson), a measure related to housing data and development fee transparency, incorporates a key recommendation from SPUR’s policy brief How Much Does It Cost to Build a House? regarding AB 1483 (Grayson, 2019). The proposed bill would require cities and counties to create and prominently identify a dedicated landing page on their websites with links to all fees, inclusionary requirements and zoning for residential development. The bill will also provide the California Department of Housing and Community Development with explicit statutory authority to collect from local jurisdictions all data identified — including tracking of projects in the development pipeline — in its recently-released 10-year housing data strategy, which was developed as mandated in AB 1483. SPUR is cosponsoring this legislation with California YIMBY.

For more information on any of these bills, please contact SPUR State Policy Director Michael Lane at mlane@spur.org.