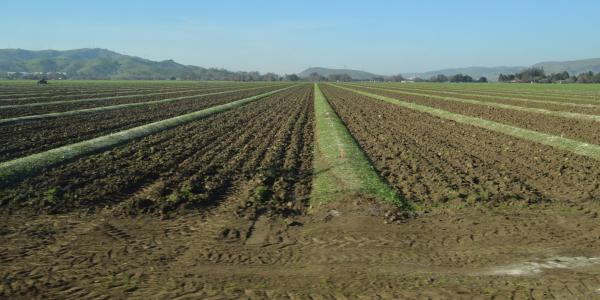 San José is on the cusp of deepening its commitment to growing up, rather than out. The city has a unique and critical opportunity to concentrate growth within its existing urbanized areas rather than sprawling further. But it will miss this opportunity unless the City Council accepts the recommendations of the Planning Department and the Envision San José 2040 General Plan Four Year Review Task Force related to Coyote Valley.

At issue is the future vision for the land between southern San José and Morgan Hill. After decades of viewing Coyote Valley as a place for tech campuses, light manufacturing and warehouses, the General Plan Task Force endorsed a new vision for San Joe’s southern greenbelt in October 2020:

"Coyote Valley is a unique asset to San José and should be preserved as a resource for the community that furthers the City’s goals of environmental sustainability, enhancing open space, supporting agriculture in the non-urban areas of the City, and protecting critical linkages for wildlife movement."

Planning Department staff embraced this new vision and the accompanying recommendations for changes in General Plan guidance and zoning and presented them the Planning Commission a few weeks ago. Unfortunately, on October 27, the Planning Commission voted 5-4 against the task force and staff recommendations and encouraged the City Council to do likewise. The majority of the Planning Commission seemed either to desire more information before endorsing the staff recommendations or to feel that maintaining land values for existing property owners superseded the city’s interest in achieving important environmental goals by protecting agricultural land and open space and further encouraging the development of jobs and homes in the city’s core rather than on its periphery.

These arguments, as the four commissioners who voted in support of the recommendations noted, are not compelling. The City Council must stand by the work of the task force and planning staff and support the original recommendations made after months of work and deliberation. As SPUR has noted in previous articles and letters, for San José and the region to achieve its sustainability goals, the city must reorient away from seeing Coyote Valley as the next frontier of development and instead embrace it as a critical component of the region’s greenbelt.

The voters of San Jose showed their enthusiasm for this change when they supported Measure T in 2018, which included bond funding for green infrastructure. The City Council and mayor embraced that public enthusiasm when they worked with the Santa Clara Valley Open Space Authority and Peninsula Open Space Trust to permanently protect nearly 1,000 acres in Coyote Valley in 2019. The General Plan changes proposed by the task force and staff would complement this investment and lay the groundwork for greater long-term protection of Coyote Valley.

The council is slated to vote on this issue at their meeting on November 16. They have an opportunity to truly move San José in a new and positive direction. We urge the council members to seize that opportunity by changing the regulatory framework in Coyote Valley so that San José can truly refocus its plans for growth inward, rather than outward.

Read SPUR's letter to the City Council on this issue