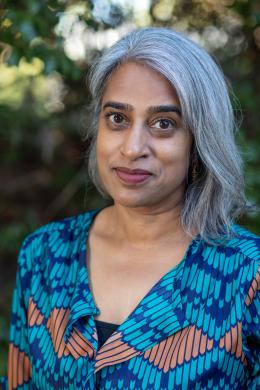 SPUR is pleased to announce that Sujata Srivastava has joined the organization as San Francisco director. “We’re so excited Sujata has joined SPUR,” says San Francisco Board Chair Ariane Hogan. “Her deep, practical experience in housing, urban planning and economic development policy is exactly what San Francisco needs as it faces tremendous hurdles to ensuring that the city is strong, welcoming and sustainable.”

Sujata has over 20 years of experience directing research and policy analysis for cities and regions across the United States. Before joining SPUR, she was a principal at Strategic Economics, a Berkeley-based urban economics consulting firm. In this role, she led many of the firm’s affordable housing, transit-oriented development and economic development projects. Her recent projects include the San Francisco Housing Affordability Strategies, where she collaborated with city staff and consultants to craft strategies to reduce the cost of housing and raise additional funding for affordable housing production and preservation citywide. She also developed an Affordable Housing Implementation Plan for the Diridon Station Area in San José, and an Economic Recovery Plan for the City of Alameda in response to COVID-19’s impacts on workers, businesses and nonprofit organizations.

In her career as a consultant, Sujata has gained a reputation for her ability to make complex technical studies accessible to the public. For example, in partnership with urban designers and City of Santa Cruz staff, she developed an interactive Excel model that decisionmakers and members of the public could use to understand how development standards can affect the likelihood that housing would be built on commercial corridors. Sujata is most proud of her work for the City of San Pablo, where her research, combined with a robust and bilingual community engagement process, led to the adoption of a holistic set of strategies to improve housing affordability and protect vulnerable renters in the community.

Raised in Brazil and the United States by Indian immigrants, Sujata strives to bring a global perspective to her work as an urban planner. Before Strategic Economics, she was a Senior Associate at AECOM | Economics Research Associates, where she advised public and private-sector clients on urban planning and real estate projects in Latin America. Sujata holds a Master’s degree in City Planning from the University of California at Berkeley and a B.A. from Mount Holyoke College.

“I am incredibly excited to join SPUR and have even greater impact on so many issues that I care deeply about,” she says, “including affordable housing, economic justice, transportation and climate.”