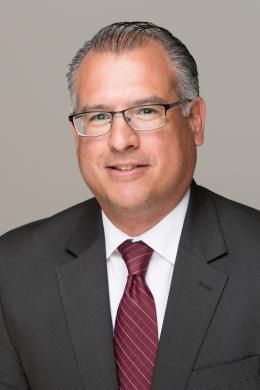 SPUR is pleased to announce that Fred Buzo will join the organization as San José director today. “Fred's deep and solid background in public policy and the nonprofit sector will be invaluable to our work in San José and regionally,” says SPUR’s San José Board Chair Jaye Bailey. “As San Jose continues to meet the challenges facing our region in the coming years, Fred will provide exceptional leadership for SPUR’s work in crucial policy areas.”

Fred joins SPUR from AARP California, where he served as associate state director in the organization’s San José office. In this role, he was instrumental in bringing AARP’s “nation to nationwide” philosophy to San José. He led efforts to develop a local advocacy volunteer team, a first for AARP anywhere in the country. Fred has spearheaded efforts to embed AARP’s age-friendly land use policies within the City of San José’s urban planning agenda: He managed a week-long design charrette focused on transforming two underutilized sites into vibrant communities for people of all ages. He also co-led AARP’s advocacy efforts to combat California’s housing crisis. During the COVID-19 pandemic, Fred was asked to expand his scope of work to include utilities and broadband. However, he is most proud that he was tapped to lead AARP California’s work around the distribution of the COVID-19 vaccine, as the organization’s representative on the Governor’s Community Vaccine Advisory Committee.

Fred has taken on the role of San José director at SPUR with the desire to bring urban planning and the policy work SPUR is engaged in to everyday people. “All too often, communities are unaware of the importance of land use decisions — decisions that can affect the look and feel of their neighborhoods for decades,” he says.

Fred has been recognized by elected and community leaders in San José as a consummate and highly respected professional. With more than 25 years in public service, he has worked closely with government officials, community-based organizations, and neighborhood associations and councils to tackle contentious and complex issues.

Prior to his work at AARP California, Fred was chief of staff to the District 4 councilmember in San José and served as a policy advisor for the Office of Mayor Sam Liccardo. In Mayor Liccardo’s office, he researched, analyzed and advised the mayor on policy issues aligned with SPUR’s mission, especially those that shape housing, transportation, land use, economics, sustainability and resilience. During Mayor Liccardo’s previous tenure as councilmember, Fred served as his policy and legislative director.

During his time with the City of San José, Fred gained a reputation as a trusted problem solver who was able to work with a wide range of individuals and organizations, sometimes with very differing perspectives on divisive issues. “I believe my experiences have helped me understand that true community support is not something gained overnight,” he says. “I am honored that SPUR has asked me to lead its efforts in San José to secure long-term trust and support from diverse stakeholders throughout the city.” In his role as San José director, Fred will implement SPUR’s vision for change through local action and ensure that it is informed by local context.