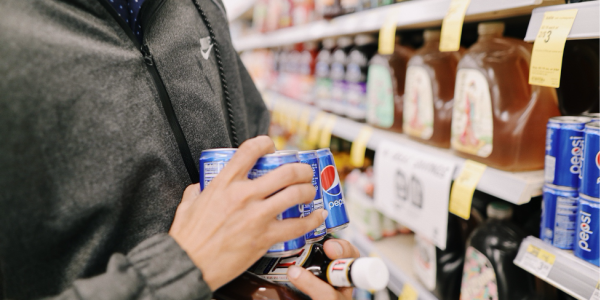 Photo by Ava Motive from Pexels

The COVID-19 pandemic has affected San Francisco's budget dramatically, and is part of the reason the city now faces a $650 million deficit. However, plugging that hole with soda tax revenue leaves the purpose of the tax unfulfilled and the money it generates untraceable.

San Francisco’s soda tax, which went into effect in 2018, charges 1 cent per ounce of sugary drink sold, with the aim of decreasing the consumption of high-sugar beverages and their related chronic diseases, and funding public health programming. The city established the Sugary Drink Distributor Tax Advisory Committee (SDDTAC), which includes members from city government and community organizations who make non-binding recommendations for how to spend the revenue.

For the fiscal year 2020–2021 budget, the mayor’s budget office charged the SDDTAC with making recommendations on $11.2 million in soda tax revenue. The committee released its recommendations in March; Mayor London Breed released her proposal on how to spend the funds in July; and the Board of Supervisors approved the budget in October, approximately two months later than usual due to the pandemic. The board and mayor did not adopt the majority of the SDDTAC recommendations.

Most significantly, the final budget tracked the spending of only $7.9 million in soda tax revenue. The more than $3 million not accounted for has been dedicated to covering general budget deficits caused by the COVID-19 pandemic. The problem is, when funds are used to pay for general expenses and not tracked, taxpayers are unable to know whether the soda tax revenue is being used for the purposes outlined in the ballot measure: promoting nutrition, physical activity and other programming that could further reduce soda consumption.

The table below illustrates the differences between SDDTAC’s recommendations and the approved budget: 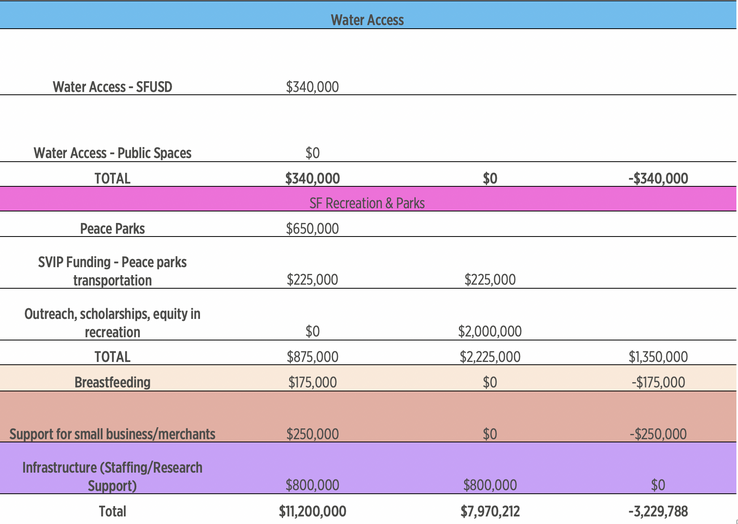 A number of notable categories were either not funded or funded below the recommended amount. This includes more than $2 million for community-based grants that was left unfunded. In response to the mayor’s proposed budget, community groups called on her to fully fund grants, and she worked with the Department of Public Health to fund the remaining balance. The department was able to cover more than 95% of the gap with unspent funds from the prior year. There was also a reduction of more than $1 million for San Francisco Unified School District and no funding for water access, programs to increase breastfeeding or support for small businesses impacted by the soda tax.

In addition, the mayor continued to prioritize a category she included in the prior year’s budget that the SDDTAC did not recommend: outreach, scholarships and equity in recreation. In a 2019 press release the mayor described these funds as expanding free recreation programming for children in shelters and public housing as well as expanding current scholarship programs providing discounted or free recreation programs to low-income families.

These drastic changes from SDDTAC recommendations to the final budget stand in stark contrast to last year’s budget when the vast majority of the advisory committees’ recommendations were followed. The most likely reason is the huge financial toll COVID-19 has taken on cities. While COVID-19 is an extenuating circumstance, SPUR recommends that next year the mayor and Board of Supervisors follow the recommendations of the committee, which will allow all the revenue expenditures to be tracked, increasing transparency.

Similarly to San Francisco, Oakland has an advisory committee called the Sugar Sweetened Beverage Community Advisory Board with nine members including residents, public health professionals and Oakland Unified School District parents. However, due to the pandemic, a third of the advisory board meetings were canceled in 2020. This has led to a lack of publicly available information on the specifics of what the soda tax is funding.

SPUR will continue tracking soda tax revenue and how it is spent in both San Francisco and Oakland and will post updates when more information is available.