Getting to 5 Percent by 2020: Building Better Bikeways in San Jose 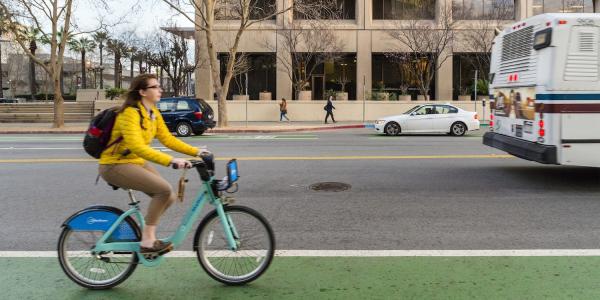 San Jose could be a cyclist’s paradise. It has mostly flat terrain, an average of 300 sunny days a year and more than 285 miles of bike lanes. Why then, despite well-intentioned efforts by the city, do a mere 1 percent of residents commute to work by bicycle?

In 2009, San Jose set a goal: 500 miles of bikeways and 5 percent of commutes taken by bicycle by 2020. Since then, the city has added 95 new miles of on-street and off-street bikeways, yet the share of people commuting by bike has barely inched up from 0.8 percent to 1 percent.

Why has the increased mileage of bike lanes not resulted in a substantial increase in cycling? In a recent presentation at SPUR San Jose, Jessica Zenk and John Brazil, both of the City of San Jose, and Matthew Roe of the National Association of City Transportation Officials (NACTO) argued that San Jose has not been building the right kind of bicycle infrastructure. Most of the city’s bike lanes are appealing only to the limited number of riders comfortable with high speeds, high stress and a road shared with cars. If San Jose can create a bicycle network that is protected, predictable and built for all ages and abilities, the presenters suggested, it will not only enhance the cycling experience but add to the safety, beauty and utility of the streets for all users. 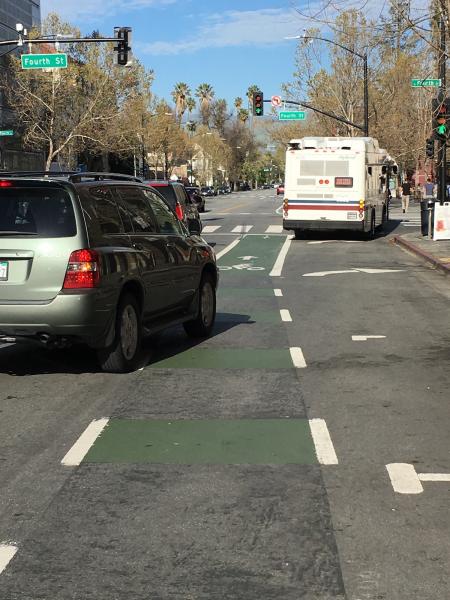 While green-painted bike lanes can provide some level of comfort and protection, shared turning lanes add stress and unpredictability in an urban environment. Photo by Joshua Brett.

Current bicycle lanes best serve the small minority of adult Americans classified by a Portland State University study as the “strong and fearless” who are willing to ride with traffic. Another 14 percent are considered “enthused and confident,” and roughly one-third are entirely unable or unwilling to cycle on the street. This leaves around half of adult American who are “interested but concerned” in bicycling. What can San Jose and other cities do to make bicycling bigger part of everyday life for the many who are in this last category? 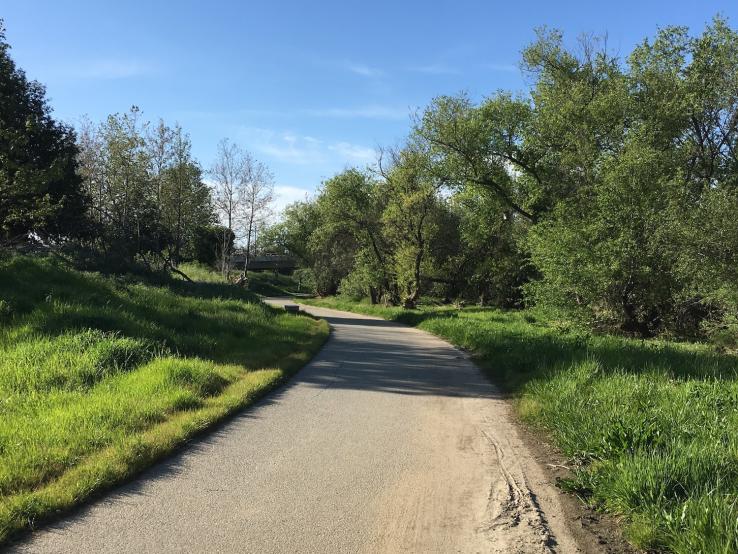 San Jose’s bicycle infrastructure includes the Guadalupe River trail, popular both for recreation and as a route to downtown and North San Jose. Even this off-road trail could benefit from improved sight lines and broader switchbacks to take it from good to great. Photo by Joshua Brett.

The panelists argued that the city must rethink the whole street to enable anyone of any age to get wherever they need to go at anytime. Protected bicycle lanes are one highly effective way of bringing more cyclists onto the road. But it’s also essential to consider people’s complete journeys when designing bicycle routes. The worst — not the best — section of the journey affects whether people are willing to ride a bike.

To create a truly complete street and improve the experience of riding a bike, protected lanes should continue into stops and through turns. Shared lanes can be very effective on the small side streets that cyclists use for the short trips that make up the majority of journeys, but they’re not safe and comfortable enough for busy streets. 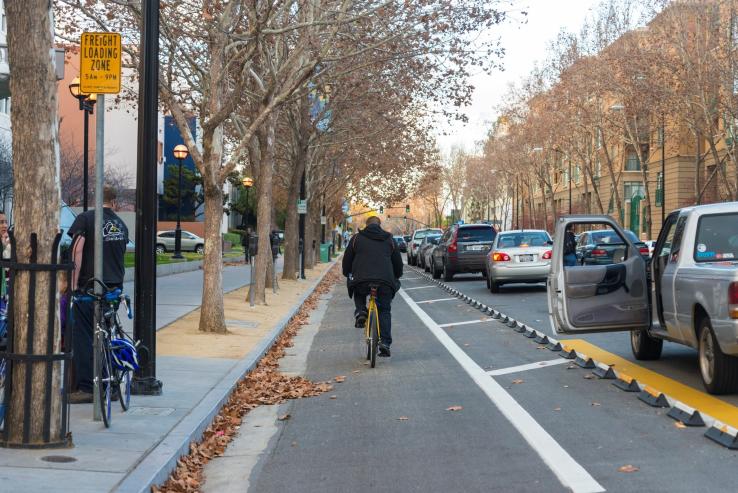 A key takeaway from the panel discussion was that improving the bicycle infrastructure in San Jose will be a boon for everyone — not just cyclists. Shared pathways, such as the Guadalupe Parkway, accommodate walkers of all ages. Protected bicycle turning lanes also create shorter, and thus safer, street crossings for pedestrians. Bike-friendly measures like road diets and shared side streets slow automobile speeds and make everyone safer. In addition, street redesign projects can — and should — serve an important function in absorbing and filtering rainwater: Stormwater infrastructure like rain gardens and permeable pavement can be built into bikeways. On top of all that, good cycling paths have been shown to drastically increase the success of local businesses. And finally, a well-functioning bicycle lane or path is an essential part of the larger placemaking project that turns roadways into a pleasant and distinct public space. If we focus the city’s bikeways on serving the needs of all residents, raising the percentage of bicycle commuters will be just one of the many benefits to San Jose.

In recent years, New York City has invested in protected bicycle lanes to enhance safety for pedestrians and improve the overall quality of the public realm. Before and after photos by Matthew Roe.